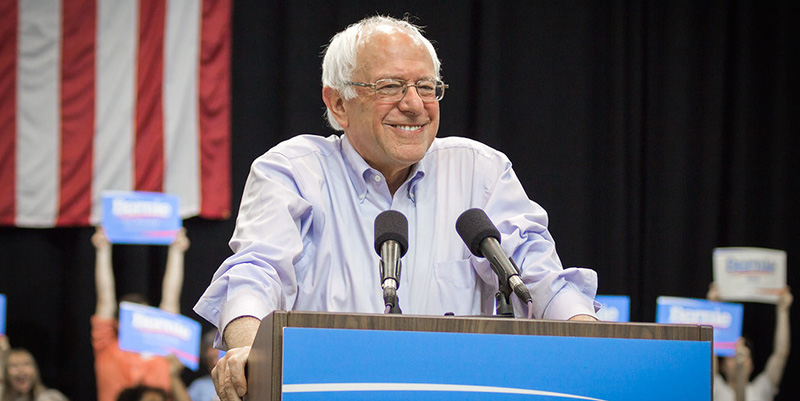 Senator Bernie Sanders (Israel-Hating Socialist-VT) is truly an enemy of the Jewish State of Israel. While Palestinian Authority terrorist dictator Mahmoud Abbas incites to murder Jews, and Hamas and Palestinian Islamic Jihad launches 4,000 rockets at Israeli civilians attempting to massacre thousands of innocent Jews, Senator Bernie Sanders led despicable legislation to oppose the previously approved U.S. sale to Israel of $735 million of weapons that Israel needs to defend her people from the Arab Nazis of Hamas, whose Charter calls for the murder of every Jew on Earth, which includes Sanders himself. “Sanders Leads Resolution Blocking Weapons Sales to Israel,” May 21, 2021.)

And while innocent Jews are being attacked by mostly Arab/Muslim mobs, consisting of pro-Hamas Jew-haters throughout the United States, Europe and Israel, Senator Bernie Sanders further stoked the flames of antisemitism by declaring falsely on CBS’ “Face the Nation” that “the Netanyahu government has become extremely right wing and that there are people in the Israeli government now who are overt racists. You have in West Jerusalem people being evicted from their homes.”  (Transcript; See also “Sanders: Israeli government has ‘overt racists’,” Israel Nat’l News, May 24, 2021.)

Sanders’ “racism” charge leveled at the democratically-elected, human-rights-loving Jewish State of Israel’s government is both false and deeply inflammatory. And notice Sanders never criticizes the truly antisemitic, racist leaders of Hamas who demand the murder of Jews, or the Palestinian Authority who pay Arabs to murder Jews and call for the destruction of the the Jewish State.

Moreover, no one in “West Jerusalem” is being evicted. As usual, Sanders gets his facts wrong. Sanders is moreover joining in the hateful campaign to politicize and lie about an ordinary landlord-tenant dispute in Jerusalem’s Shimon HaTzadik neighborhood (which Arabs renamed “Sheikh Jarrah”). Jews owned the land in issue since the 1800s, and proved this in court decades ago. Israel’s liberal courts concluded, after lengthy litigation, that a few Arab families who failed to pay rent for decades to Jewish homeowners needed to be evicted. This is the same conclusion that courts everywhere in the world reach every day regarding non-paying tenants and squatters.

Sanders also failed to acknowledge Hamas’ 4,000 rocket attacks on Israeli civilians, and instead complained about “incredible suffering in Gaza” and claimed that “after the Israeli attacks, you have wastewater plants destroyed, clinics destroyed, hospitals destroyed.” Sanders ignored that Israel in fact targeted Hamas military facilities—not civilians—to try to stop the thousands of Iranian-provided Hamas rockets descending on Israel’s people.

Unfortunately, Bernie Sanders’ false and inflammatory anti-Israel statements and actions are nothing new. For instance:

Sen. Bernie Sanders is an antisemitic, Israelophobic frightening disgrace. ZOA urged all people of goodwill to condemn Sanders for his unbridled enmity toward Israel.

We would love to hear from you! Please fill out this form and we will get in touch with you shortly.
Trending Z
Uncategorized May 24, 2021
ZOA Analysis: Most American Rabbis Who Are Boycotting Some Israeli Ministers Are From Extremist Left Wing Groups (J Street; T’ruah; JVP)
Uncategorized May 24, 2021
ZOA: Israel’s Reasonable Judicial Reform Proposals Are Good for Democracy, the Rule of Law and the Economy
Uncategorized May 24, 2021
Israel’s “Right of Return” Grandparent Clause is De-Judaizing the Jewish State – Eliminate It
News May 24, 2021
ZOA is Disappointed, Offended and Frightened by 211 U.S. House Votes Supporting Jew-Hating, Israel-Hating Rep. Ilhan Omar
Center for Law & Justice
We work to educate the American public and Congress about legal issues in order to advance the interests of Israel and the Jewish people.
We assist American victims of terrorism in vindicating their rights under the law, and seek to hold terrorists and sponsors of terrorism accountable for their actions.
We fight anti-Semitism and anti-Israel bias in the media and on college campuses.
We strive to enforce existing law and also to create new law in order to safeguard the rights of the Jewish people in the United States and Israel.
Our Mission
ZOA STATEMENT
The ZOA speaks out for Israel – in reports, newsletters, and other publications. In speeches in synagogues, churches, and community events, in high schools and colleges from coast to coast. In e-mail action alerts. In op-eds and letters to the editor. In radio and television appearances by ZOA leaders. Always on the front lines of pro-Israel activism, ZOA has made its mark.
Related Articles
OP-ED BY: ZOA Staff ZOA Statement on Proposed Funding Cuts to CUNY