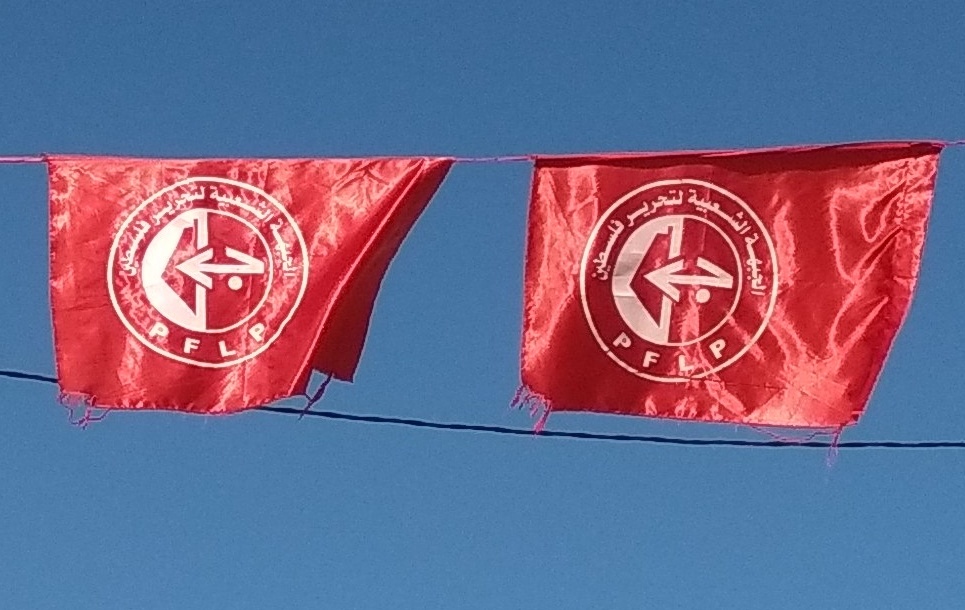 For years, the brutal, Arab-Marxist-Leninist terror organization, Popular Front for the Liberation of Palestine (PFLP), has been operating a network of front-groups that pose as “human rights” non-governmental organizations (NGOs), but in reality aid and abet the PLFP’s goal of destroying Israel. These NGOs obtain and funnel to the PFLP millions of dollars of foreign funding, using forged documents and fictitious humanitarian projects; provide critical support for PFLP terror activities; and are led by and employ numerous PFLP terror operatives.

Israel’s designations explained that the six “NGOs” (all based in Ramallah) are controlled by PFLP senior leaders; employ many PFLP activists including those who participated in terror activities; are “central sources” of financing and growth for PFLP terrorism; obtain “large sums of money from European countries and international organizations” by deceit – and use these funds to pay Arabs to murder Jews, enlist operatives, and promote PFLP’s terror activities and ideology.

A senior Israel Defense official stated that the evidence against the NGOs is “ironclad” and that there is “unequivocal evidence that includes video footage, photos, payment receipts that tie the said groups to the backing of terror activity.” Israeli Foreign Ministry and Shin Bet representatives are set to travel to the United States to provide additional intelligence as to why the six NGOs were designated as terrorist organizations.

NGO-Monitor’s analysis also confirms the six NGOs’ terror links to the PFLP; the PFLP’s own admissions that its NGO links are “a source of great pride and honor”; the PFLP front groups’ receipt of huge sums from European governments, Soros’ foundation and the Rockefeller Brothers Fund; and links from the PFLP’s website to DCI-P, Addameer, UPWC, and HWC’s websites (screenshot).

In 2020, Dutch Foreign Minister Stef Blok and Development Minister Sigrid Kaag admitted to the Dutch parliament that the Netherlands paid part of the salaries of PFLP terrorists involved in murdering an innocent 17-year-old Jewish girl, Rina Schnerb, and seriously wounding her brother and father in 2019. In 2013-2021, the Netherlands had pledged $20 million to the PFLP-linked UAWC. The Netherlands suspended its payments to UAWC after these revelations – but many other European countries continue to fund PFLP-terror-linked NGOs. (“Netherlands Admits to Paying Terrorists Who Killed 17-Year-Old Israeli,” Jerusalem Post, July 23, 2020.)

In addition, in 2019, Israel uncovered that top NGO employees were part of a 50-person PFLP terror cell.

The PFLP is designated as a terrorist group by the EU, Canada, Australia and Japan (in addition to by Israel and the U.S.). The PFLP’s heinous terror activities have included:

The U.S. thus should do everything possible to end the PFLP’s ability to use its phony “human rights” NGOs to assist the PFLP’s contemptible terror attacks.

Unfortunately, on Friday (October 22), when U.S. State Department spokesperson Ned Price was asked about Israel’s designations, Price generally remarked: “we believe respect for human rights, fundamental freedoms, and a strong civil society are critically important to responsible and responsive governance.” Price’s irrelevant remark missed the point that the PFLP-linked NGOs are not legitimate human rights or civil society groups. Instead, these NGOs aid, abet and carry out anti-Jewish terror. The only human right at stake here is the right of innocent Jewish men, women, children and babies to live and not be murdered by PFLP terrorists.

As Melanie Phillips brilliantly explained, the PFLP-linked NGOs and their supporters and apologists are using “so-called ‘human rights’ . . . to extinguish actual human rights in support of . . . the agenda to destroy the State of Israel. To that end, ‘human rights’ has become in effect a laundromat for terrorism.”

The U.S. State Department spokesperson also stated: “We’ll be engaging our Israeli partners for more information regarding the basis for these designations.” Apparently mistakenly, he also added: “The Israeli Government did not give the U.S. advance warning that they would be designated.”

A senior Israeli defense ministry official reported that Israel in fact gave U.S. officials prior notice of the terrorist designation announcement and intelligence to support the decision.

We would love to hear from you! Please fill out this form and we will get in touch with you shortly.
Trending Z
News October 26, 2021
ZOA Condemns U.S. State Dept. & U.S. Amb. Nides For Siding with Antisemitic, Discriminatory Palestinian & Hamas Terrorists re: the Temple Mount, Violating Jews’ Religious Freedom
News October 26, 2021
ZOA’s Klein JPost Op-Ed: There is Nothing Extreme About Israel’s New Government
Uncategorized October 26, 2021
FLASH: ISRAEL-JORDAN PEACE TREATY (1994) GUARANTEES JEWS ACCESS TO THE TEMPLE MOUNT – LET MY PEOPLE PRAY
Uncategorized October 26, 2021
ZOA Analysis: Most American Rabbis Who Are Boycotting Some Israeli Ministers Are From Extremist Left Wing Groups (J Street; T’ruah; JVP)
Center for Law & Justice
We work to educate the American public and Congress about legal issues in order to advance the interests of Israel and the Jewish people.
We assist American victims of terrorism in vindicating their rights under the law, and seek to hold terrorists and sponsors of terrorism accountable for their actions.
We fight anti-Semitism and anti-Israel bias in the media and on college campuses.
We strive to enforce existing law and also to create new law in order to safeguard the rights of the Jewish people in the United States and Israel.
Our Mission
ZOA STATEMENT
The ZOA speaks out for Israel – in reports, newsletters, and other publications. In speeches in synagogues, churches, and community events, in high schools and colleges from coast to coast. In e-mail action alerts. In op-eds and letters to the editor. In radio and television appearances by ZOA leaders. Always on the front lines of pro-Israel activism, ZOA has made its mark.
Related Articles
OP-ED BY: ZOA Staff ZOA Statement on Proposed Funding Cuts to CUNY