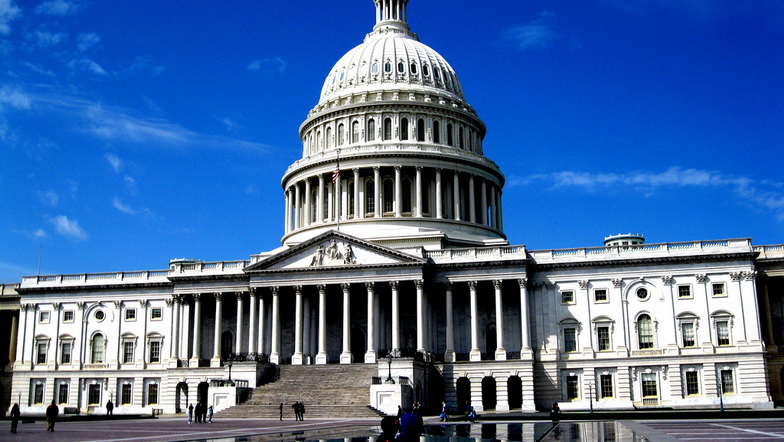 Sen. Biden (1995): Peace Will Come if U.S. Shows Arabs There’s No Division Between U.S. and Israel

The Zionist Organization of America strongly endorses the letter released today by Rep. Lee Zeldin (R-NY) and signed by the GOP leadership and 199 House GOP Colleagues to President Joe Biden opposing the administration’s proposal to open a U.S. consulate in Israel’s capital city of Jerusalem for the Palestinian Arab terrorist dictatorship, which pays Arabs to murder Jews and Americans. This would reward the Palestinian regime’s refusal to recognize the Jewish state. Establishing the consulate would be a major step towards changing the existing U.S. policy that Jerusalem is the undivided capital of the Jewish state and begin the division of Jerusalem. The letter makes the point that existing law explicitly prohibits the opening of any other U.S. diplomatic post in Jerusalem, and asks the administration to keep Jerusalem undivided as the capital of the Jewish State.

“Such a consulate would also boost dangerous efforts to divide and claim Jerusalem for a Palestinian Arab terror state’s capital.

“Establishing a consulate would also reward the terrorist dictatorship of the Palestinian Authority for continuing to pay Arab terrorists huge lifetime pensions to murder Jews and Americans, for inciting hatred and murder against Jews and Christians, and for filing illegitimate, false claims against Israel in international bodies―all in violation of the PA’s signed Oslo agreements.

“The Oslo Accords also prohibit the PA from carrying on foreign relations―and establishing this consulate would enable the PA to also violate this agreement.”

Recent remarks by Secretary of State Anthony Blinken have implied that the U.S. might move forward with the establishment of a consulate even though Israel objects. Prime Minister Naftali Bennett, Israeli Minister of Justice Gideon Sa’ar, and Minister of Foreign Affairs Yair Lapid have explicitly opposed the idea. In fact, the Vienna Convention on Consular Relations (1963) requires the explicit permission of the host country to open a consulate. See this Op-Ed by Morton Klein encouraging Israel to resist this pressure from the U.S. administration. (Zionist Organization of America | ZOA’s Klein J Post Op-ed – Israel Can’t Submit to Biden Pressure on Consulate, Settlements)

“House Republicans have come together to express our strong opposition to the Biden administration’s proposal to open a consulate general to the Palestinians in Israel’s eternal capital, Jerusalem. Having a U.S. diplomatic mission to the Palestinians in Jerusalem would be inconsistent with the Jerusalem Embassy Act of 1995 that became law, and was reaffirmed in recent years, with overwhelming bipartisan support. This law stated Jerusalem should be recognized as the capital of Israel and remain undivided. However, the Biden Administration’s shameful move would have the unconscionable effect of undermining the United States’ recognition of Jerusalem as Israel’s capital and signal support for dividing Jerusalem. Just recently, the Prime Minister of the Palestinian Authority publicly stated that his reason for wanting this consulate opened is for the purpose of dividing Jerusalem.

“Israel has also made clear its opposition to the consulate opening, with both the Prime Minister and Foreign Minister stating they are against a consulate being opened in Jerusalem. The Biden administration must immediately stop pushing this misguided effort. Moreover, the administration’s insistence is wrongly creating a rift between the United States and Israel, one of our closest and most important allies, and moves the region further away from peace.”

The full letter can be found  here.

“The only way there will be peace in the Middle East is for the Arabs to know there is no division between the U.S. and Israel, none, zero, none…It should be clear to all that the U.S. stands squarely behind Israel, our close friend and ally.”

President Biden, ZOA urges you to live up to your great and powerful words and show the Arabs that there is no division between Israel and the U.S., none, zero, none. And support Israel’s strong position of not allowing any actions toward dividing Jerusalem by opening up an American consulate there for the terrorist dictatorship of the Palestinian Authority, against the strong opposition of the Israeli government and the Israeli people. Respect Israel’s sovereignty in Jerusalem as U.S. and Israeli Law requires. And don’t reward this regime that pays Arabs to murder Jews, names schools and streets and sports teams and children’s camps after Jew-killing Arabs, and incited murder and violence against Jews in their schools, speeches, sermons and media.

Almost the entire GOP caucus signed on to the letter as well. The ZOA strongly thanks all the Representatives who worked on this effort and urges Congressmen from both parties to support an undivided Jerusalem by opposing this consulate.

We would love to hear from you! Please fill out this form and we will get in touch with you shortly.
Trending Z
Uncategorized November 1, 2021
FLASH: ISRAEL-JORDAN PEACE TREATY (1994) GUARANTEES JEWS ACCESS TO THE TEMPLE MOUNT – LET MY PEOPLE PRAY
Uncategorized November 1, 2021
ZOA Analysis: Most American Rabbis Who Are Boycotting Some Israeli Ministers Are From Extremist Left Wing Groups (J Street; T’ruah; JVP)
Uncategorized November 1, 2021
Israel’s “Right of Return” Grandparent Clause is De-Judaizing the Jewish State – Eliminate It
Uncategorized November 1, 2021
Exclusive: ZOA Accuses Ilhan Omar of Hating the U.S. ‘as Much as Israel,’ Lauds Kevin McCarthy for ‘Throwing Her Off the HFAC’
Center for Law & Justice
We work to educate the American public and Congress about legal issues in order to advance the interests of Israel and the Jewish people.
We assist American victims of terrorism in vindicating their rights under the law, and seek to hold terrorists and sponsors of terrorism accountable for their actions.
We fight anti-Semitism and anti-Israel bias in the media and on college campuses.
We strive to enforce existing law and also to create new law in order to safeguard the rights of the Jewish people in the United States and Israel.
Our Mission
ZOA STATEMENT
The ZOA speaks out for Israel – in reports, newsletters, and other publications. In speeches in synagogues, churches, and community events, in high schools and colleges from coast to coast. In e-mail action alerts. In op-eds and letters to the editor. In radio and television appearances by ZOA leaders. Always on the front lines of pro-Israel activism, ZOA has made its mark.
Related Articles
OP-ED BY: ZOA Staff ZOA Criticizes Pres. Obama For Praising Abbas’ “Renoucing Violence” –– Kerry For Calling Israel Demand of Recognition As “Jewish State” A Mistake