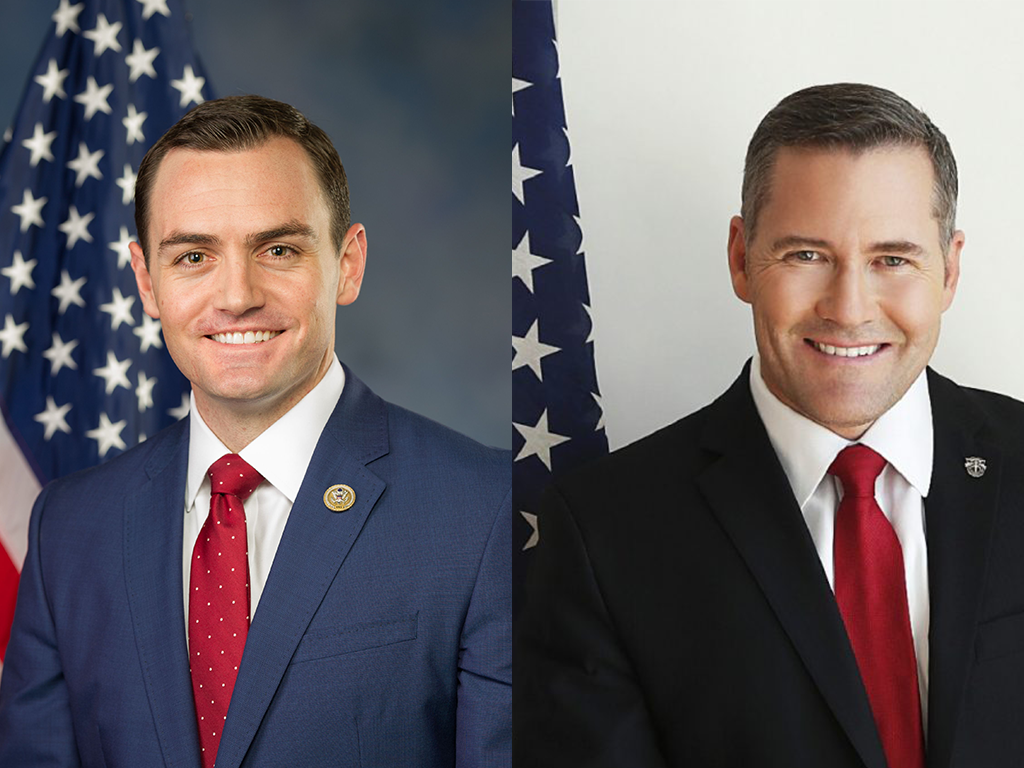 The Zionist Organization of America strongly endorses the letter released on February 16th by Rep. Mike Gallagher (R-WI) and Rep. Michael Waltz (R-FL) and signed by the GOP leadership and 165 House GOP Colleagues to President Joe Biden, opposing the administration’s current negotiations to return to an even weaker version of the Iran deal. The letter makes the point that Congress has a role in any new nuclear agreement with Iran. The letter highlights the flaws of the Obama-era Iran agreement, the Joint Comprehensive Plan of Action, and states that members will:

The members pointed out: “The Iranian regime brutally represses, persecutes, tortures, and murders its own people. It wastes the Iranian people’s resources on terrorism, foreign aggression, missiles, and nuclear weapons capabilities. [Normalized relations will never come as long as] you provide sanctions relief that will fuel the regime’s corruption and incompetence at the expense of the Iranian people.”

The letter was signed by a total of 165 House Republicans, including Leader McCarthy, Whip Scalise, and Chairwoman Stefanik.

“The agreement the Biden Administration is about to enter into is a surrender to Iran, and incredibly, even worse than the disastrous 2015 capitulation by President Obama. This upcoming agreement may end all restrictions on Iran in less than three years! It will almost certainly result in the eventual need for a military strike on Iran to prevent their acquisition of multiple nuclear weapons, and in even the best-case scenario, the agreement will make it possible for Iran to achieve a nuclear weapon capability in just a few years without the U.S. or the rest of the world interfering. Actual breakout time could be much shorter, though, since the administration is committed to ignoring material breaches of existing agreements. It also will funnel billions of dollars to the Iranian terror machine, and the entire region ­­­– including Jews, Arabs, and Turks – will suffer from the resulting terrorism.”

“Like its predecessor from 2015, this latest agreement with Iran is not following the U.S. Constitution, which requires treaties to be ratified by the United States Senate. In addition, the administration is also planning on ignoring the law passed in 2015, the Iran Nuclear Agreement Review Act, which requires the President to submit any agreement reached with Iran to Congress within five days and allows both houses of Congress to object to the agreement. The President must be made to observe the Constitution and existing federal law.”

ZOA urges members of both parties to take action in accordance with this important letter to prevent Iranian nuclear supremacy.

We would love to hear from you! Please fill out this form and we will get in touch with you shortly.
Trending Z
Uncategorized February 22, 2022
FLASH: ISRAEL-JORDAN PEACE TREATY (1994) GUARANTEES JEWS ACCESS TO THE TEMPLE MOUNT – LET MY PEOPLE PRAY
Uncategorized February 22, 2022
ZOA Analysis: Most American Rabbis Who Are Boycotting Some Israeli Ministers Are From Extremist Left Wing Groups (J Street; T’ruah; JVP)
Uncategorized February 22, 2022
Israel’s “Right of Return” Grandparent Clause is De-Judaizing the Jewish State – Eliminate It
Uncategorized February 22, 2022
Exclusive: ZOA Accuses Ilhan Omar of Hating the U.S. ‘as Much as Israel,’ Lauds Kevin McCarthy for ‘Throwing Her Off the HFAC’
Center for Law & Justice
We work to educate the American public and Congress about legal issues in order to advance the interests of Israel and the Jewish people.
We assist American victims of terrorism in vindicating their rights under the law, and seek to hold terrorists and sponsors of terrorism accountable for their actions.
We fight anti-Semitism and anti-Israel bias in the media and on college campuses.
We strive to enforce existing law and also to create new law in order to safeguard the rights of the Jewish people in the United States and Israel.
Our Mission
ZOA STATEMENT
The ZOA speaks out for Israel – in reports, newsletters, and other publications. In speeches in synagogues, churches, and community events, in high schools and colleges from coast to coast. In e-mail action alerts. In op-eds and letters to the editor. In radio and television appearances by ZOA leaders. Always on the front lines of pro-Israel activism, ZOA has made its mark.
Related Articles
OP-ED BY: ZOA Staff ZOA Statement on Proposed Funding Cuts to CUNY