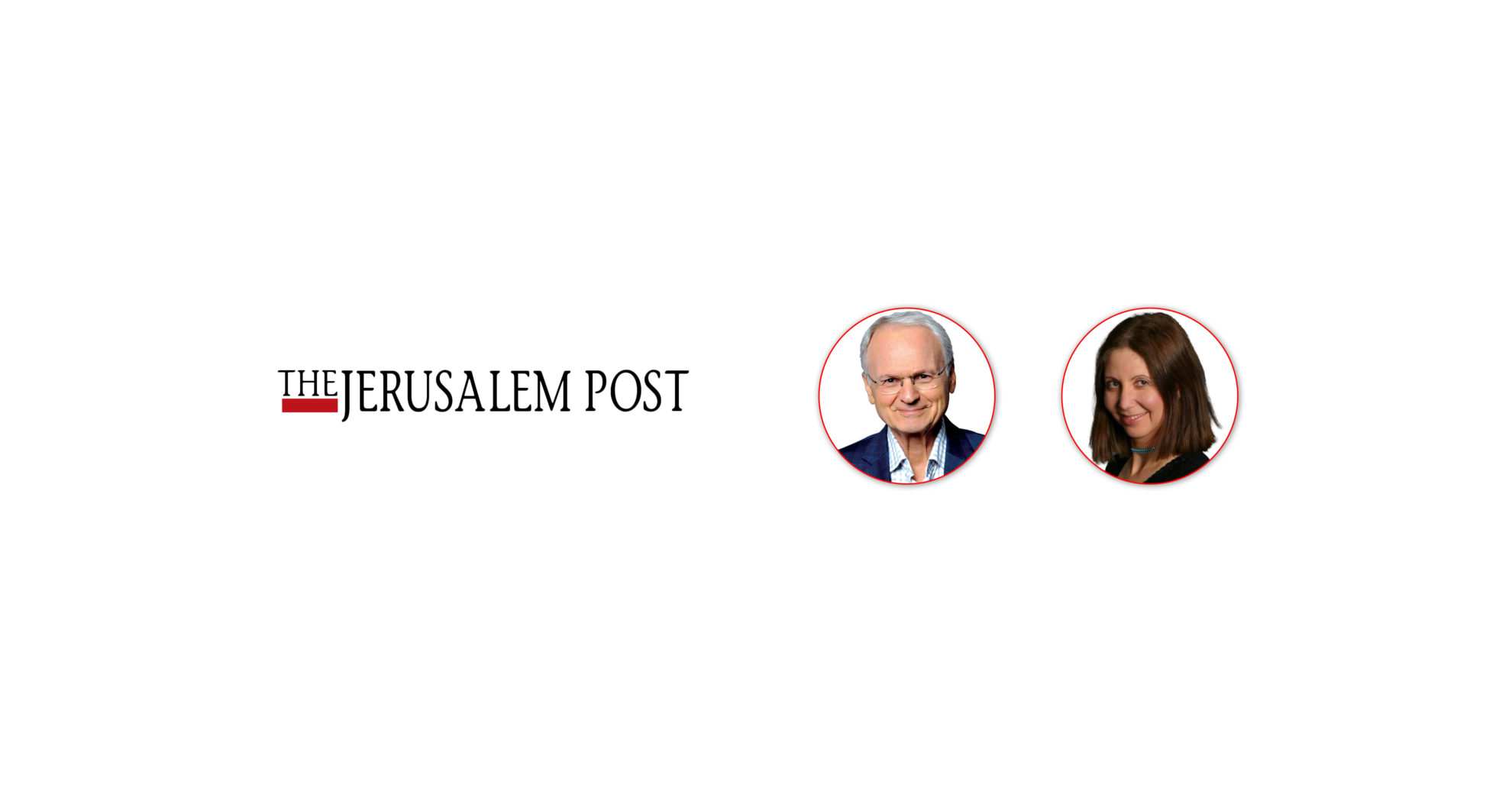 By Morton A. Klein and Liz Berney, Esq.

(MARCH 8, 2022 / JPOST) White supremacists are bigoted and dangerous. But anyone serious about protecting Jewish and American lives must also pay attention to and not ignore or downplay equally or more severe threats from other quarters. We were recently reminded of this when an Islamist took hostages at the Colleyville synagogue and a Black Lives Matter (BLM) activist attempted to assassinate a Jewish mayoral candidate.

Yet, the Anti-Defamation League’s (ADL) recent report on Murder and Extremism in the United States in 2021 ignores or downplays deadly extremism from non-white extremists, and then touts misleading conclusions that “white supremacists killed more people in 2021 than any other type of extremist,” and that “most of the murders (26 of 29) were committed by right wing extremists.”

Egregiously, the ADL’s report never mentioned the worst extremist mass murder in 2021, perpetrated by Black Nationalist, BLM-sympathizing, antisemite Darrell Brooks. Brooks drove an SUV into a Christmas parade in Waukesha, Wisconsin, zig-zagging to hit as many people as possible, killing six innocent victims (all white, including an eight-year-old child) and wounding another 62 innocent people.

Brooks’ social media posts (documented by the New York Post and LawOfficer.com) called for violence against whites (“knokkin white people TF [the f***] out”) and knocking out “old white ppl,” and retweeted that people will “learn Hitler was right,” that Hitler “did the world a favor by killing” Jews, that the Jews are America’s “slave masters.” Brooks also retweeted that “white Jews know that Negroes are the real children of Israel” – parroting the anti-white ideology of the Black Hebrew Israelites.

That’s the same belief of the Black Nationalist killers who murdered innocent Jews and another innocent worker at a kosher store in Jersey City in 2020. The Jersey City killers may have planned to also murder the Jewish children in the Jewish school above the store.

If the ADL’s report had appropriately included the Christmas parade massacre, the ADL would have had to conclude that Black Nationalists were responsible for the overwhelming majority of ideologically-motivated extremist murders in 2021.

Excluding the Christmas parade massacre also distorted the ADL’s policy recommendations. Brooks perpetrated the Christmas parade massacre while he was out on $1,000 bail for another violent crime. But the ADL report’s “policy recommendations” did not call for the most effective measures to prevent murders: Namely, strengthening bail and the enforcement of criminal laws to keep violent criminals off the streets.

Moreover, virtually all the white extremist murders in the ADL’s report were actually non-ideological white-on-white crimes, including domestic violence incidents, and whites killing their own gang members and members of rival white gangs. The ADL also wrongly claimed that a murder was perpetrated by a sovereign citizen, although it was actually a Black-on-Black crime. The ADL report’s fine print acknowledges the non-ideological nature of its white extremist murders. But how many people will carefully read beyond the ADL’s misleading headlines?

Furthermore, the only apparent ideological – probably racially motivated – murders cited in the ADL’s report are: A white supremacist murdering a Black couple, two instances of Black Nationalists murdering white police officers and a Muslim terrorist murdering a white female Lyft driver. The ADL report’s fine print thus actually indicates that there were more racially-motivated extremist murders perpetrated against whites than the other way around.

The ADL’s recent report also contains other problems. The ADL report’s 29 murders are a tiny, unrepresentative fraction (0.001%) of the record high 21,570 murders in the U.S. in 2021. The ADL report also omitted other murders of police officers. There was no mention of Baltimore Black police officer Keona Holley, a mother of four children, who was murdered by two Black gunmen while sitting in her patrol car. The gunmen also shot an innocent Black man sitting in his car.

Additionally, the ADL report specifically emphasized the danger of the existence of more than 100 white supremacist gangs, while ignoring that there are more than 20,000 gangs of all varieties in the U.S. and ignoring the brutality of major gangs, such as MS-13. In August 2021, the U.S. Department of Justice announced an expanded indictment of MS-13 Los Angeles’ Fulton clique members for murdering 11 people, five of whom were hacked to death with machetes or knives. The gang required each prospective member to commit at least one homicide before becoming a full-fledged member. This sort of extremism surely should be in any report about murder and extremism in the U.S.

The U.S. Department of Justice also noted that the MS-13 gang “has been bolstered by an influx of young immigrants from Central America.” But notably, the ADL report’s policy recommendations do not call for strengthening immigration enforcement and stronger vetting of immigrants, which are important ways to reduce the number of violent gang members on the streets.

The ADL’s report also never mentioned that an antisemitic Egyptian Islamist extremist, Khaled Awad, armed with a gun and a knife, stabbed Boston Rabbi Shlomo Noginski eight times after the Rabbi, who holds a black belt in judo, led the attacker away from a Jewish children’s camp. We were informed that the Rabbi is still in pain from his wounds and that the attacker sought to massacre the Jewish children in the camp.

The ADL should honestly report the terrifying threats from extremists of all persuasions.

Morton A. Klein is the national president of the Zionist Organization of America (ZOA). Elizabeth Berney, Esq. is ZOA’s director of research & special projects.

We would love to hear from you! Please fill out this form and we will get in touch with you shortly.
Trending Z
Uncategorized March 10, 2022
ZOA Analysis: Most American Rabbis Who Are Boycotting Some Israeli Ministers Are From Extremist Left Wing Groups (J Street; T’ruah; JVP)
Uncategorized March 10, 2022
ZOA: Israel’s Reasonable Judicial Reform Proposals Are Good for Democracy, the Rule of Law and the Economy
News March 10, 2022
ZOA is Disappointed, Offended and Frightened by 211 U.S. House Votes Supporting Jew-Hating, Israel-Hating Rep. Ilhan Omar
Uncategorized March 10, 2022
Israel’s “Right of Return” Grandparent Clause is De-Judaizing the Jewish State – Eliminate It
Center for Law & Justice
We work to educate the American public and Congress about legal issues in order to advance the interests of Israel and the Jewish people.
We assist American victims of terrorism in vindicating their rights under the law, and seek to hold terrorists and sponsors of terrorism accountable for their actions.
We fight anti-Semitism and anti-Israel bias in the media and on college campuses.
We strive to enforce existing law and also to create new law in order to safeguard the rights of the Jewish people in the United States and Israel.
Our Mission
ZOA STATEMENT
The ZOA speaks out for Israel – in reports, newsletters, and other publications. In speeches in synagogues, churches, and community events, in high schools and colleges from coast to coast. In e-mail action alerts. In op-eds and letters to the editor. In radio and television appearances by ZOA leaders. Always on the front lines of pro-Israel activism, ZOA has made its mark.
Related Articles
OP-ED BY: Morton A. Klein, ZOA Jerusalem is Holy to Jews, Not to Muslims