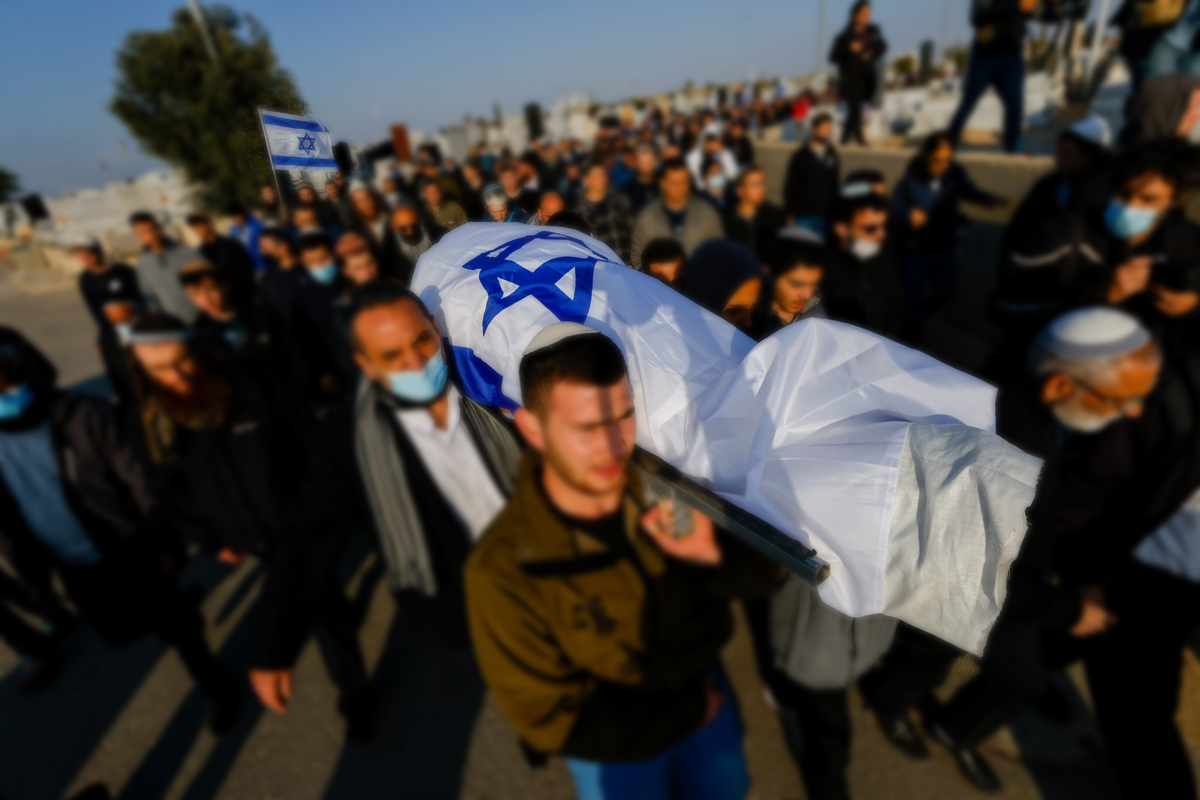 ZOA mourns four innocent Jewish Israelis – Doris Yahbas (a wife and mother of three children); Rabbi Moshe Kravitsky (a Chabad emissary, husband, and father of four children, who ran a soup kitchen); Lora Yitzhak; and Menachem Yehezkel – who were brutally run over with a vehicle and stabbed to death by an Islamist Bedouin terrorist in Be’er Sheva, Israel during the past week. We also mourn the two innocent Israelis (Yezan Falah and Shirel Abukarat) murdered by two Arab terrorist gunmen in yet another horrific terror attack yesterday, in the coastal Israeli city of Hadera.

All of us at ZOA also pray and wish for a “Refuah Shelaima” (a full recovery) for the many innocent Jews who were seriously wounded in the Be’er Sheva stabbing attacks, the Hadera shooting attack, and three other attacks (a shooting attack and two other stabbing attacks) perpetrated by Arab terrorists in Jerusalem – all in this past week.

This continuing anti-Jewish and anti-Zionist violence is horrifying. Arab terrorists murder innocent Jews or Zionists – simply because they are Jews or Zionists – leaving bereft Jewish and Druze children and families. It is a nightmare that the Palestinian Authority (PA) incites these horrific attacks and continues to pay huge lifetime pensions to the terrorists who commit these attacks. The PA’s incitement and payments are the real problem – the real impediment to peace.

Unfortunately, instead of appropriately dealing with Arab violence and incitement, U.S. Secretary of State Tony Blinken promoted policies that will encourage more Arab terrorism against Jews, in meetings and a joint press conference in Jerusalem yesterday, March 27.

Second, Blinken falsely characterized “settlers” (a derogatory term for indigenous Jews) building homes in the lawful Jewish homeland as provoking violence. Blinken’s statement was discriminatory, antisemitic, and truly despicable. It is reminiscent of the antisemitic official who blamed the fact that Jews live in Jersey City for the murderous attack on Jews in a kosher supermarket there.

Third, Blinken bragged about the Biden administration sending half a billion dollars of U.S. taxpayer funds to the PA and Palestinian projects, and the U.S. administration’s plans to send another $250 million to so-called “grassroots organizations” and “civil society” under the misnamed “Nita Lowey Middle East Partnership for Peace Fund.” As Israel and NGO Monitor have documented, many such “civil society” organizations are affiliated with terrorist groups. Further, the PA passed a law enabling it to seize the assets of civil society groups.

These various forms of U.S. funding – both direct and indirect – free up funds for the PA to pay terrorists $400 million in annual rewards to murder Jews. Blinken moreover failed to call out by name the PA for rewarding and inciting terror against innocent Jews. There are far better uses for U.S. tax dollars than enabling the PA’s rewards to Jew-killers. All U.S. payments that benefit the PA, directly or indirectly, need to be stopped as long as the PA continues paying and inciting terrorists to kill Jews.

Fourth, Blinken praised Bennett for agreeing (perhaps after U.S. arm-twisting) to provide permits for 20,000 Gazans to work in Israel. This will also increase terror attacks on Jews and enable Hamas to spy on Israel’s defense positions, as a Gazan worker in Israel did just recently. It is extremely dangerous for Israel to allow into the country people who may very well include the same hate-filled Gazans who attempted to breach the fence into Israel, holding machetes and maps with the routes to Jewish kindergartens so that they could murder Jewish children. Bennett should never have agreed to this.

Fifth, Blinken demanded that Israel must not enforce legitimate, responsible Israeli law and court orders against Arab squatters who failed to pay rent for decades to Jewish property owners; and against Arabs who illegally build homes in the middle of nature preserves, military ranges, areas designated for full Israeli control under the Oslo Accords, and other areas that the Arab squatters have no right to. How dare Blinken interfere with the proper enforcement of the democratic Jewish state’s laws and liberal court system’s orders! Blinken’s demands that Israel must appease Arab lawlessness will only lead to more violence against Jews.

This morning, Secretary Blinken condemned the Hadera shooting attacks, saying: “We condemn today’s terrorist attack in Hadera, Israel. Such senseless acts of violence and murder have no place in society. We stand with our Israeli partners and send our condolences to the families of the victims.” These words are not enough. Blinken apparently did not mention that Arab terrorists – and PA incitement and payments – are partly responsible for these attacks. Secretary Blinken and President Biden need to change the U.S. policies and funding that encourage Arab terrorism against Jews.

We would love to hear from you! Please fill out this form and we will get in touch with you shortly.
Trending Z
News March 28, 2022
ZOA Condemns U.S. State Dept. & U.S. Amb. Nides For Siding with Antisemitic, Discriminatory Palestinian & Hamas Terrorists re: the Temple Mount, Violating Jews’ Religious Freedom
News March 28, 2022
ZOA’s Klein JPost Op-Ed: There is Nothing Extreme About Israel’s New Government
Uncategorized March 28, 2022
FLASH: ISRAEL-JORDAN PEACE TREATY (1994) GUARANTEES JEWS ACCESS TO THE TEMPLE MOUNT – LET MY PEOPLE PRAY
Uncategorized March 28, 2022
ZOA Analysis: Most American Rabbis Who Are Boycotting Some Israeli Ministers Are From Extremist Left Wing Groups (J Street; T’ruah; JVP)
Center for Law & Justice
We work to educate the American public and Congress about legal issues in order to advance the interests of Israel and the Jewish people.
We assist American victims of terrorism in vindicating their rights under the law, and seek to hold terrorists and sponsors of terrorism accountable for their actions.
We fight anti-Semitism and anti-Israel bias in the media and on college campuses.
We strive to enforce existing law and also to create new law in order to safeguard the rights of the Jewish people in the United States and Israel.
Our Mission
ZOA STATEMENT
The ZOA speaks out for Israel – in reports, newsletters, and other publications. In speeches in synagogues, churches, and community events, in high schools and colleges from coast to coast. In e-mail action alerts. In op-eds and letters to the editor. In radio and television appearances by ZOA leaders. Always on the front lines of pro-Israel activism, ZOA has made its mark.
Related Articles
OP-ED BY: ZOA Staff ZOA Statement on Proposed Funding Cuts to CUNY