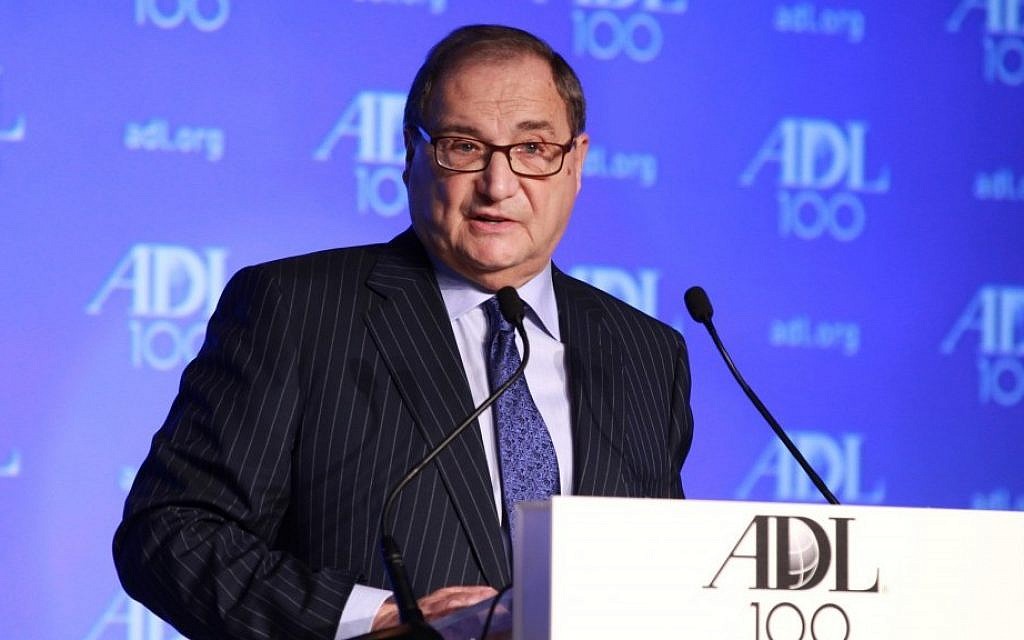 ADL (Anti-Defamation League) National Director Emeritus Abe Foxman has revealed that he is the “attack dog of the thought police” by demanding that Israel will not have his “love” and support unless Israel’s new democratically-elected government adopts Foxman’s left wing prescriptions. ZOA deplores Foxman’s recent statement. Foxman absurdly claimed that his views constitute democracy – rather than the voices of Israel’s democratic electorate, including the well over half-a-million Israelis who voted for the Religious Zionist party. Apparently, as one commentator put it, according to Foxman, “it’s only democracy when the Left wins.”

It is also appalling that Foxman now states that his love and support for Israel is “conditional” on Israel adopting Foxman’s (undemocratic and unelected) version of “democracy.” Conditional love is not real love.

Foxman’s comments are especially repugnant at a time when the Israeli people need and voted for a stable, strong government to appropriately deal with multiple serious problems, including defending against massive Palestinian Arab terrorism; dealing with tens of thousands of EU-funded illegal Arab buildings on state lands; reversing Lapid’s illegal surrender of Israel’s maritime border and gas field to Hezbollah- and Iranian-controlled Lebanon; and counteracting the Iranian nuclear threat.

Foxman’s recent statement also stresses that his and similar American Jewish leaders’ support is “critical” to Israel But, in fact, Foxman has an unfortunate record of advocating for policies that weaken and endanger Israel. Israel is better off without much of Foxman’s brand of “support.”

For instance, Foxman led the push for the disastrous Gaza withdrawal which subjected Israel to tens of thousands of rocket attacks; wrongly pushed Israel to leave Gaza despite the lack of a peace partner; continued to support the disastrous Oslo accords – which resulted in thousands of Israelis being maimed and murdered in suicide bombings initiated as a result of the Oslo accords, and continues to advocate for a Palestinian (terror) state which would result in all of Israel being subjected to constant rocket attacks; opposed ZOA’s important proposed effort to monitor the Palestinian Authority’s violations of the Oslo accords’ requirements that the PA end inciting terror and hatred; joined far-left Peace Now in praising the Nobel Peace Prize award to terrorist Yasser Arafat, saying “he earned it”; and repeatedly wrongly condemned the Jewish people’s and Israel’s best friends – evangelical Christians. (ZOA correctly opposed Foxman on all of these issues.)

Foxman’s recent statement also objects to inclusion in the Israeli government of the Religious Zionist party, falsely portraying its members as “extremists,” and rejects holding dialogue with the Religious Zionists. Yet, Foxman seems to have had only praise for Lapid’s coalition with the Islamist Ra’am party, which sides with Hamas over Israel.

Specifically, Foxman falsely claimed that according to the Religious Zionist Party, he “won’t qualify as being a Jew.” Foxman had two Jewish parents and is Jewish according to both Jewish law and the Religious Zionist party’s proposal, which is broader than Jewish law. The fact that Foxman’s parents temporarily left him with his Polish Catholic nanny, who had him baptized to save his life during the Holocaust, did not change Foxman’s status as Jewish.

Foxman also absurdly claimed that “70% of world Jewry . . . won’t qualify into their [the Religious Zionist party’s] definition of ‘who is a Jew’.” In fact, most of world Jewry would still qualify even if the Halakhic (Jewish law) definition of “who is a Jew” (having a Jewish mother or converting in accordance with halakha) were adopted. The 2020 Pew study found that 87% of American Jews who consider themselves to be Jews by religion, and 70% of American Jews who believe in no religion, do have a Jewish mother.

Moreover, the suggested modification to Israel’s Law of Return (only eliminating the “one grandparent” rule) would retain a Law of Return that is broader than the halakhic (Jewish law) requirement, because it would continue to include children of a Jewish father and non-Jewish mother, thereby encompassing the Reform definition of “who is a Jew.”

In any event, a modification to the Law of Return likely won’t be enacted. And this issue is certainly not cause for ending support for the entire Jewish state.

We would love to hear from you! Please fill out this form and we will get in touch with you shortly.
Trending Z
News December 5, 2022
ZOA Condemns U.S. State Dept. & U.S. Amb. Nides For Siding with Antisemitic, Discriminatory Palestinian & Hamas Terrorists re: the Temple Mount, Violating Jews’ Religious Freedom
News December 5, 2022
ZOA’s Klein JPost Op-Ed: There is Nothing Extreme About Israel’s New Government
Uncategorized December 5, 2022
FLASH: ISRAEL-JORDAN PEACE TREATY (1994) GUARANTEES JEWS ACCESS TO THE TEMPLE MOUNT – LET MY PEOPLE PRAY
Uncategorized December 5, 2022
ZOA Analysis: Most American Rabbis Who Are Boycotting Some Israeli Ministers Are From Extremist Left Wing Groups (J Street; T’ruah; JVP)
Center for Law & Justice
We work to educate the American public and Congress about legal issues in order to advance the interests of Israel and the Jewish people.
We assist American victims of terrorism in vindicating their rights under the law, and seek to hold terrorists and sponsors of terrorism accountable for their actions.
We fight anti-Semitism and anti-Israel bias in the media and on college campuses.
We strive to enforce existing law and also to create new law in order to safeguard the rights of the Jewish people in the United States and Israel.
Our Mission
ZOA STATEMENT
The ZOA speaks out for Israel – in reports, newsletters, and other publications. In speeches in synagogues, churches, and community events, in high schools and colleges from coast to coast. In e-mail action alerts. In op-eds and letters to the editor. In radio and television appearances by ZOA leaders. Always on the front lines of pro-Israel activism, ZOA has made its mark.
Related Articles
OP-ED BY: ZOA ZOA Asks Cardozo Law To Cancel Award To Jimmy Carter