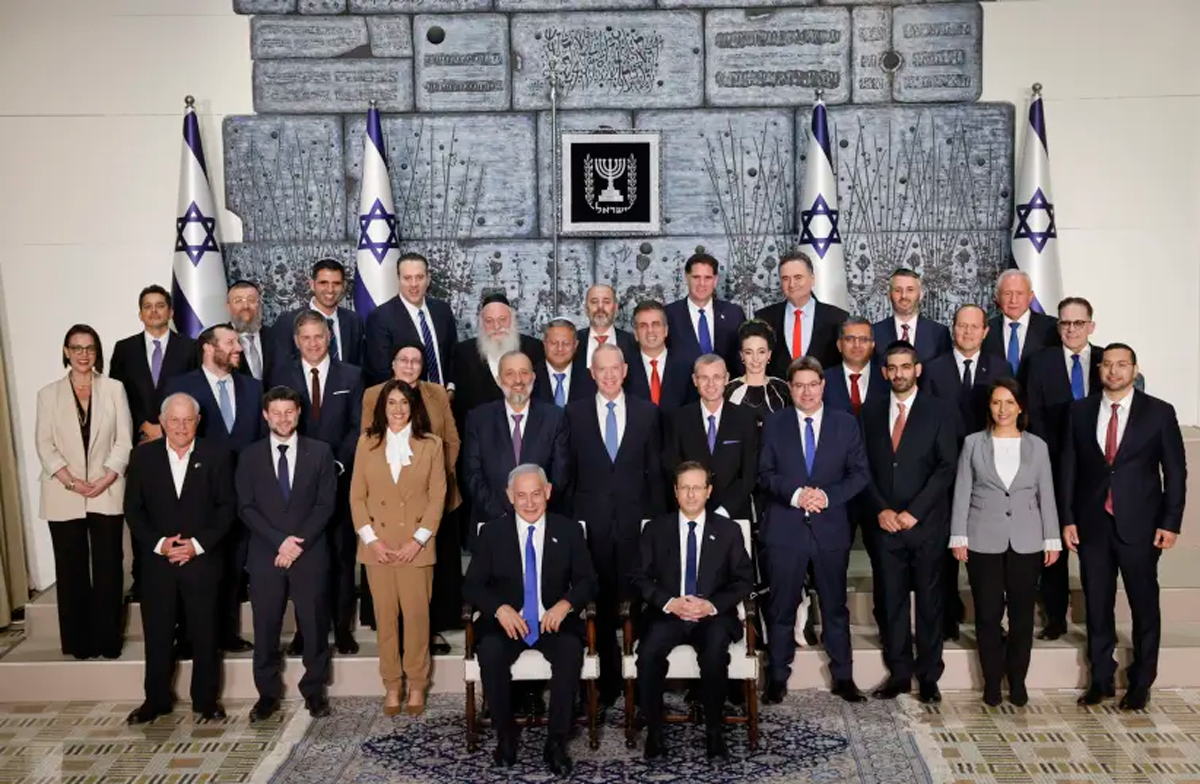 (JANUARY 1, 2023 / JPOST) The Zionist Organization of America congratulates Prime Minister Benjamin Netanyahu, his Likud party and his coalition partners on the formation of the new government. In these times, when Israeli citizens are being subjected to terror attacks perpetrated by Palestinian Arab terrorists every day, it is vital that Israel has a strong government such as the incoming coalition, which is dedicated to protecting Israel’s rights and safety.

There is nothing “extreme” about proposing to give the necessary tools to Israel’s brave young soldiers to enable them to protect their fellow Israeli citizens from rampant Palestinian Arab terror. The constant attacks on innocent Jews need to be stopped. There is similarly nothing “extreme” about proposing to deport convicted Palestinian Arab terrorists.

The real extremists are the leaders of the Palestinian Authority – who incite and pay Arabs to murder innocent Jews. Yet those, such as Rick Jacobs of the Union for Reform Judaism (URJ) and The New York Times, who falsely scream about an “extremist” Israeli government say nothing about Mahmoud Abbas’ heinous incitement and “pay to slay” payments.

There is nothing extreme about proposing to give Jews and other non-Muslims equal rights to pray on the Jewish people’s holiest site, the Temple Mount. In fact, it is religious discrimination to allow only Muslims to freely pray there. King Solomon built the Temple as a place where all people can pray.

There is nothing extreme about the proposal to permit Jews to build homes in the lawful and historical Jewish lands of Judea and Samaria. These are areas guaranteed to the Jewish people under international law. Nor is it extreme to enforce the law against the massive illegal Arab building on state lands in Area C and the Negev.

THERE IS, moreover, nothing “extreme” about the Jewish state protecting Torah study in a Basic Law: Torah study, or repealing the “one grandfather” rule that allows people who are clearly non-Jews to immigrate to the Jewish state under Israel’s Law of Return.

Ironically, the same left-wing media, groups and leaders who patter about “democracy” and “respecting elections” are refusing to respect the results of Israel’s democratic election.

ZOA praises Netanyahu’s response to the nasty op-ed in The New York Times which condemned the incoming Israeli government. Netanyahu stated: “After burying the Holocaust for years on its back pages and demonizing Israel for decades on its front pages, The New York Times now shamefully calls for undermining Israel’s elected incoming government. While The New York Times continues to delegitimize the one true democracy in the Middle East and America’s best ally in the region, I will continue to ignore its ill-founded advice and instead focus on building a stronger and more prosperous country, strengthening ties with America, expanding peace with our neighbors, and securing the future of the one and only Jewish state.”

ZOA is particularly appalled – and the Maccabees would have been appalled as well – by URJ leader Rick Jacobs’s twisted threat that he and his organization will “fight” Israel’s incoming government “with the determination of the Maccabees.” The Maccabees fought to restore the holiness of the Temple on the Temple Mount; to prevent Jews from adopting or being forced to adopt Hellenistic practices; and to end foreign rule over Jerusalem and Judea and Samaria, so that Jews could live freely in the Jewish homeland.

By contrast, Rick Jacobs joined Palestinian Arab demonstrations against the Jewish state; seeks to give away Jewish land to the Palestinian Authority terror regime; and unfortunately stands for much of what the Maccabees fought against. I am happy to support this proud and courageous new Jewish government in the Jewish state of Israel.

Morton A. Klein is national president of Zionist Organization of America (ZOA).

We would love to hear from you! Please fill out this form and we will get in touch with you shortly.
Trending Z
News January 3, 2023
ZOA Condemns U.S. State Dept. & U.S. Amb. Nides For Siding with Antisemitic, Discriminatory Palestinian & Hamas Terrorists re: the Temple Mount, Violating Jews’ Religious Freedom
News January 3, 2023
ZOA’s Klein JPost Op-Ed: There is Nothing Extreme About Israel’s New Government
Uncategorized January 3, 2023
FLASH: ISRAEL-JORDAN PEACE TREATY (1994) GUARANTEES JEWS ACCESS TO THE TEMPLE MOUNT – LET MY PEOPLE PRAY
Uncategorized January 3, 2023
ZOA Analysis: Most American Rabbis Who Are Boycotting Some Israeli Ministers Are From Extremist Left Wing Groups (J Street; T’ruah; JVP)
Center for Law & Justice
We work to educate the American public and Congress about legal issues in order to advance the interests of Israel and the Jewish people.
We assist American victims of terrorism in vindicating their rights under the law, and seek to hold terrorists and sponsors of terrorism accountable for their actions.
We fight anti-Semitism and anti-Israel bias in the media and on college campuses.
We strive to enforce existing law and also to create new law in order to safeguard the rights of the Jewish people in the United States and Israel.
Our Mission
ZOA STATEMENT
The ZOA speaks out for Israel – in reports, newsletters, and other publications. In speeches in synagogues, churches, and community events, in high schools and colleges from coast to coast. In e-mail action alerts. In op-eds and letters to the editor. In radio and television appearances by ZOA leaders. Always on the front lines of pro-Israel activism, ZOA has made its mark.
Related Articles
OP-ED Newsweek Op-Ed by ZOA’s Mort Klein: ZOA Honoring Trump as the Greatest President Ever for Israel and American Jews