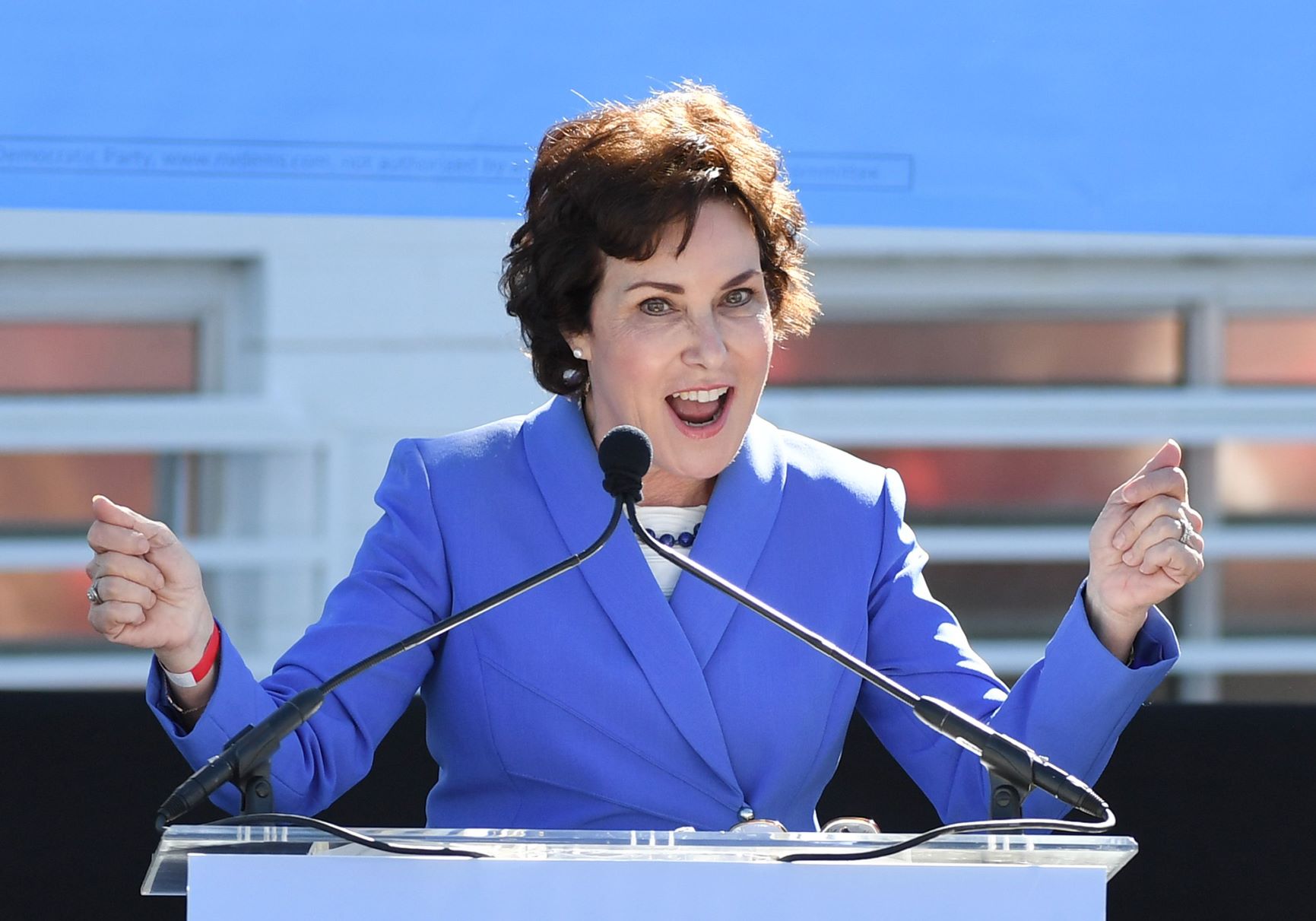 Did Senator Jaclyn (“Jacky”) Rosen (D-NV) demand a shameful boycott of Religious Zionists during the Middle East trip of a bi-partisan delegation of seven U.S. Senators this week? Senator Jacky Rosen is co-leading the trip. According to a report by the left wing Axios website, Senator Rosen “made it clear” that she does not want to meet with Religious Zionist party “members or to attend any of their meetings, especially those in the Knesset.” However, a government source told ZOA that the Axios report is not accurate. ZOA requests that Senator Rosen clear up this matter and meet with members of the Israeli Government’s second-largest coalition partners.

ZOA urges Senator Jacky Rosen to clarify her position; to renounce any boycott of Religious Zionists; and to disassociate herself from the anti-Israel organizations who supported her election in 2018.

We would love to hear from you! Please fill out this form and we will get in touch with you shortly.
Trending Z
News January 18, 2023
ZOA Condemns U.S. State Dept. & U.S. Amb. Nides For Siding with Antisemitic, Discriminatory Palestinian & Hamas Terrorists re: the Temple Mount, Violating Jews’ Religious Freedom
News January 18, 2023
ZOA’s Klein JPost Op-Ed: There is Nothing Extreme About Israel’s New Government
Uncategorized January 18, 2023
FLASH: ISRAEL-JORDAN PEACE TREATY (1994) GUARANTEES JEWS ACCESS TO THE TEMPLE MOUNT – LET MY PEOPLE PRAY
Uncategorized January 18, 2023
ZOA Analysis: Most American Rabbis Who Are Boycotting Some Israeli Ministers Are From Extremist Left Wing Groups (J Street; T’ruah; JVP)
Center for Law & Justice
We work to educate the American public and Congress about legal issues in order to advance the interests of Israel and the Jewish people.
We assist American victims of terrorism in vindicating their rights under the law, and seek to hold terrorists and sponsors of terrorism accountable for their actions.
We fight anti-Semitism and anti-Israel bias in the media and on college campuses.
We strive to enforce existing law and also to create new law in order to safeguard the rights of the Jewish people in the United States and Israel.
Our Mission
ZOA STATEMENT
The ZOA speaks out for Israel – in reports, newsletters, and other publications. In speeches in synagogues, churches, and community events, in high schools and colleges from coast to coast. In e-mail action alerts. In op-eds and letters to the editor. In radio and television appearances by ZOA leaders. Always on the front lines of pro-Israel activism, ZOA has made its mark.
Related Articles
OP-ED ACTION ALERT: ZOA: Durham, NC City Council Must Rescind Its Discriminatory, False Statement Libeling Israel/Banning Police Training with Israel

The ZOA thanks and praises Arab/Muslim country of Bahrain and Bahraini Foreign Minister Khalid bin Ahmed Al Khalifa for standing up for Israel’s right to defend herself from Iran’s forces and missiles. At the ZOA Washington Mission Congressional luncheon on Wednesday (May 9), Senator Ted Cruz said, half-jokingly, that maybe former President Obama deserved the […]