ZOA to WZO — Don’t Give in to Left Wing Blackmail &Threats at World Zionist Congress, Too Much Is at Stake 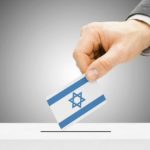 This month, the Palm Beach County School Board disgracefully decided, in a 4-3 vote, to rehire Holocaust denier William Latson, former principal of Spanish River High School in Boca Raton. In April 2018, in response to a parent questioning why the school’s Holocaust curriculum was not mandatory, Latson wrote that, “We all have the same rights […]

At the “virtual” World Zionist Congress scheduled to take place next week, the far-left will attempt to pass two proposed resolutions to embed “cancel culture” and hostile-to-Israel “J Street U” into the World Zionist Organization. First, under the misleading guise of “unity of the Jewish people,” the far-left “Arzenu” and “World Union of Meretz” are […]

A new poll published by I24News and conducted by the Direct Falls Research Institute on Monday found that 63.3% of Israelis prefer the reelection of incumbent U.S. President Donald Trump, compared to 18.8% whom prefer former Vice President and Democratic challenger Joe Biden. Respondents indicated that a majority believe Trump will be a better president for the […] 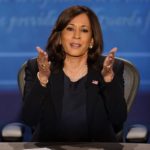 During the course of her debate with Vice President Mike Pence, California Sen. Kamala Harris denounced the killing of Breonna Taylor, saying her life was taken, “unjustifiably and tragically and violently.” She embraced the slogan that Taylor, a 26-year-old Emergency Medical Technician who was killed during a police shooting at her home in Louisville, Ky., […] 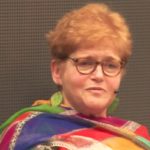 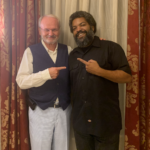