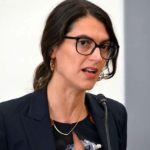 The Zionist Organization of America (ZOA) is gratified that rational sanity has prevailed at JCRC (Jewish Community Relations Council)/Boston. We are grateful for the overwhelming majority of the JCRC Council which refused to take inappropriate actions against ZOA and who stood with us and defended the truth, such as the gentleman who stood up and said […] 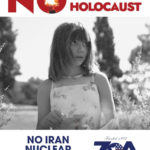 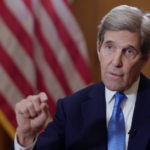 Former U.S. Secretary of State John Kerry is accused of telling Iran about Israeli operations and now there are demands for him to be investigated, and resign, over what he allegedly told them.  Iranian Foreign Minister Mohammad Javad Zarif, in a leaked audiotape, claimed that while Kerry served as America’s top diplomat during the Obama administration, […]

OP-ED BY: Morton A. Klein and Susan B. Tuchman, Esq. ZOA’s Tuchman/Klein Wash. Examiner Oped: Many Anti-Israel Falsehoods in Obama’s Memoir Must be Fixed

Adhering to facts and historical truths is vital for any nonfiction writer, especially for high-profile writers with enormous power to shape the public’s thinking. Yet former President Barack Obama’s account of Middle East history in his recently published memoir, A Promised Land, is riddled with factual errors and misleading statements and omits material facts. Because of […] 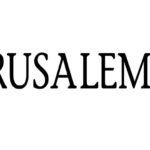 In the 1930s, the great Zionist Ze’ev Jabotinsky traveled throughout Europe, warning Jews to flee to Israel from the Nazi “volcano that will soon spew out its flames of extermination.” The Jewish Left rewarded Jabotinsky’s efforts to save European Jewry by calling Jabotinsky “a Nazi.” Absurd? Horrible? Of course. Jabotinsky’s death may have been hastened […] 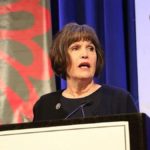 ZOA Condemns Bill by Rep. McCollum and Other Radicals to Withhold Funds from Israel 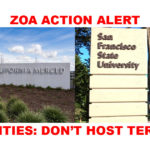 ZOA Action Alert: Contact UC Merced and SF State – Tell Them Not to Host a Terrorist

The Zionist Organization of America (ZOA) urges all its supporters to contact the University of California, Merced and San Francisco State University (SFSU), to demand that they cancel an upcoming webinar they are co-sponsoring, featuring Leila Khaled.  Khaled is a terrorist and leader of the Popular Front for the Liberation of Palestine (PFLP), a U.S.-designated […] 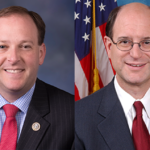 (APRIL 17, 2021 / PJ Media) The Boston Jewish Community Relations Council (JCRC), a coalition of Jewish organizations, is set to meet on April 27 to decide whether or not to expel the Zionist Organization of America (ZOA) over charges that it is “white supremacist.” Of course, everyone to the right of Pol Pot is a […]