Steve Bannon is a staunch supporter of the Jewish state who is committed to fighting anti-Semitism, asserted Aaron Klein, Breitbart’s Jerusalem bureau chief. Klein was reacting to the baseless smears of anti-Semitism against Bannon, Breitbart’s former executive chairman who was named by President-elect Donald Trump earlier this week as the chief strategist of the new White […]

The frantic and fearful response by prominent Jewish leaders to Donald Trump’s election and to his appointment of Steve Bannon as senior advisor is unreasonable, irresponsible, and is damaging to our community.     As Alan Dershowitz and the Zionist Organization of America explain, there is no reason whatsoever to think Steve Bannon is an anti-Semite. Quite […] 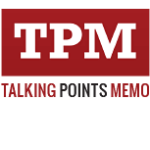 The Republican Jewish Coalition is defending Breitbart News chairman and newly-named chief White House strategist Steve Bannon from charges of anti-Semitism. “I have been shocked and saddened to see the recent personal attacks on Steve,” RJC board member Bernie Marcus said in a Tuesday statement to Time. “Nothing could be further from the truth.” President-elect […] 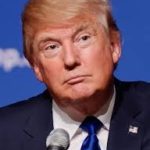 Last month, The City University of New York (CUNY) released a report by two CUNY-hired lawyers to investigate allegations of campus anti-Semitism. The investigation was triggered by a 14-page letter from the Zionist Organization of America (ZOA) to CUNY’s leadership, describing the anti-Semitic harassment and intimidation that students were enduring on four CUNY campuses, perpetrated […] 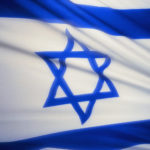 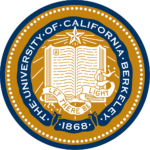 The Zionist Organization of America (ZOA) has condemned the University of California (UC), Berkeley for reinstating an explicitly anti-Israel course dedicating to discussing and seeking ways in which to dismantle Israel, thereby robbing the Jewish people of national self-determination. The ZOA maintains that this would not be done in respect of a course that advocated […]

It seems that no matter what side of the political spectrum you fall on, this year’s presidential election is a bizarre one. “This is the most unique election that we’ve certainly had in modern history,” remarked a bemused Andrew C. McCarthy. Usually hesitant to make sweeping statements like that, McCarthy — a contributing editor and […]

Morton Klein gives a brilliant presentation on the effects of Islam on popular culture and dispels the myths of “Islamophobia”. This video is from the speaker series which took place on August 31st at the Luxe Hotel on August 31st in Los Angeles as part of the “Can Islam Coexist with Western Civilization” series.   […]

Beating Back Radical Islam Contributing editor Robert Sklar’s Aug. 18 essay “Can Israel Overcome Palestinian Religious Decree” (page 6) was interesting. Unfortunately, the “elephant in the room” is political Islam. You can’t have peace when you teach your children to hate, and that ties to political Islam (Sharia law). Over a year and a half […]