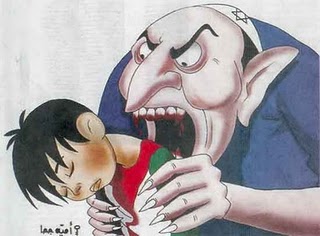 The Zionist Organization of America (ZOA) has criticized the Obama Administration for its refusal to publicly criticize and condemn Mahmoud Abbas’ Palestinian Authority (PA) for its inciting of Palestinians to hatred and murder against Jews/Israel –– but publicly criticizes Israel for building homes for Jews in Jewish neighborhoods of eastern Jerusalem.

In a State Department daily press briefing this week, Department spokeswoman Marie Harf said in response to a question regarding the PA’s Saeb Erakat having accused the Israelis of poisoning Yasser Arafat that she would not comment directly on Israel’s report of incitement from PA leadership, but that rebukes are delivered behind closed doors. Ms. Harf said, “ I do think we do, but we make those discussions private … If we have issues with things either side says or either side does, we have those discussions privately and keep them as a part of these private discussions because we think that’s the best way to make progress here. … how we judge that [the parties’ good faith] is that the parties remain at the table negotiating seriously” (Marie Harf, Deputy Spokesperson, Daily Press Briefing, Washington, DC, January 6, 2014).

ZOA National President Morton A. Klein said, “This is a rare confession of the fact that the Obama Administration, contrary to previous, empty assurances that it will hold Palestinian accountable for incitement to hatred and murder against Israel, does not in fact do so. At most, it privately raises such matters –– how frequently or strongly no-one knows for certain. This very fact indicates that Palestinians are not held responsible for incitement in any meaningful way and that nothing they say or do is permitted to interrupt continued negotiations. The PA pays no price at all.

“…contrary to previous, empty assurances that it will hold Palestinian accountable for incitement to hatred and murder against Israel, does not in fact do so.”

“Israel is an old, trusted ally of the U.S. and perhaps its only truly reliable ally in the entire Middle East. Yet the Obama Administration has had no inhibition about publicly and  immediately condemning Israel –– not for violating any peace agreement it may have signed, not for committing or encouraging a war crime like murdering civilians, but for merely announcing a project of urban development in a Jewish neighborhood in the eastern half of Jerusalem!

“In contrast, the Fatah/PA is no friend of America, despite receiving munificent U.S. funding over the years. (In fact, the Fatah/PA has sought an alliance with Hamas, which has supported the killing of U.S. servicemen by jihadist groups worldwide, condemned the U.S. for killing al-Qaeda leader Ayman al-Zawahiri and whose leader in the Palestinian legislature once called for the murder of every American). Yet, the Obama Administration, which has promised to ‘hold Palestinians accountable’ for incitement, never has.

“The Obama Administration has neither cut off or curtailed funding to the PA; to the contrary, it has increased it over the years. It did so just last month, when it increased U.S. funding for the PA from $426 million in 2013 to $440 million for 2014.

“It has refused to criticize PA incitement, glorification of terrorists and the salaries paid by the PA to terrorists and their families, even when specifically informed of these events by the Israeli government. It has even whitewashed Abbas and the PA when its anti-peace platform and public celebrations for Jew-killing terrorists were brought to its attention.

“To the Obama Administration, Jews building homes in a Jewish neighborhood of eastern Jerusalem is ‘illegitimate’ and a serious obstacle to peace, meriting public condemnation, yet the Obama Administration never publicly criticizes the P.A. for glorifying killers of Jews, inciting their public to reject Israel, naming schools, streets and sports teams after Jew-killers, and not outlawing terrorist groups as required by the Oslo agreements.

Palestinians glorifying Jew-killers and refusing to outlaw terrorist groups, as Oslo requires, is not.

“Now the Obama Administration adds to this disgraceful record by publicly refusing to condemn or criticize Palestinian incitement, even though there is literally no prospect of peace until and unless its ends.

“This is not the behavior of a honest broker, let alone a friend and ally. We urge everyone to criticize the Obama Administration’s shameful –– and shameless –– refusal to publicly criticize and condemn Palestinian incitement to hatred and murder and refusal to penalize the PA in any way.”

We would love to hear from you! Please fill out this form and we will get in touch with you shortly.
Trending Z
Uncategorized January 13, 2014
ZOA Analysis: Most American Rabbis Who Are Boycotting Some Israeli Ministers Are From Extremist Left Wing Groups (J Street; T’ruah; JVP)
Uncategorized January 13, 2014
ZOA: Israel’s Reasonable Judicial Reform Proposals Are Good for Democracy, the Rule of Law and the Economy
News January 13, 2014
ZOA is Disappointed, Offended and Frightened by 211 U.S. House Votes Supporting Jew-Hating, Israel-Hating Rep. Ilhan Omar
Uncategorized January 13, 2014
Israel’s “Right of Return” Grandparent Clause is De-Judaizing the Jewish State – Eliminate It
Center for Law & Justice
We work to educate the American public and Congress about legal issues in order to advance the interests of Israel and the Jewish people.
We assist American victims of terrorism in vindicating their rights under the law, and seek to hold terrorists and sponsors of terrorism accountable for their actions.
We fight anti-Semitism and anti-Israel bias in the media and on college campuses.
We strive to enforce existing law and also to create new law in order to safeguard the rights of the Jewish people in the United States and Israel.
Our Mission
ZOA STATEMENT
The ZOA speaks out for Israel – in reports, newsletters, and other publications. In speeches in synagogues, churches, and community events, in high schools and colleges from coast to coast. In e-mail action alerts. In op-eds and letters to the editor. In radio and television appearances by ZOA leaders. Always on the front lines of pro-Israel activism, ZOA has made its mark.
Related Articles
OP-ED ZOA: Natl. Jewish Democratic Council Should Oppose Hagel Nomination As It Did In 2009