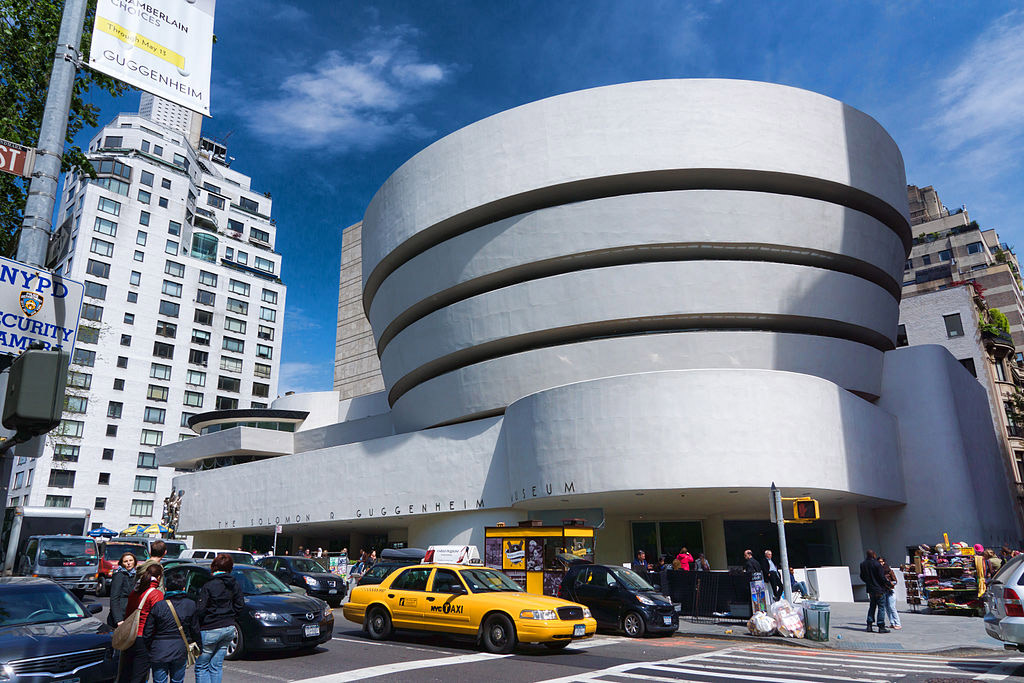 ZOA Praises Guggenheim Museum for Canceling Anti-Semitic, Pro-Terrorist “Klinghoffer” Opera Performance; Again Urges Met Opera to Also Cancel This Disgrace
News
[Correction: the Guggenheim has just asked us to post this in regards to their decision to cancel “Klinghoffer” – “The Works & Process senior leadership cancelled the program, which is hosted by the Guggenheim Museum, solely because of a change in the composer’s schedule which made him unavailable.  No other factors influenced the decision to cancel this program.  Both Works & Process and the Guggenheim Foundation embrace artistic expression representing all perspectives and points of view.”]

The Zionist Organization of America (ZOA) praises the Guggenheim Museum for canceling its “Death of Klinghoffer” event, which had been scheduled for Friday October 10, 2014 as part of the Guggenheim’s “works and progress” series.   The Guggenheim event would have included Metropolitan Opera performers performing excerpts from the pro-terrorist, anti-Semitic “Klinghoffer” opera.

Leon Klinghoffer’s surviving daughters were shocked and dismayed that Palestinian terrorists’ brutal murder of their father has been perverted into an anti-Semitic opera that glorifies the terrorists, espouses anti-Semitic canards (such as that Jews cheat, lie, pollute virgins, get fat from the poor, etc.), denies the Jewish connection to Israel, and falsifies Israel’s history.
The so-called “justifications” for terrorism presented in the opera are defamatory fiction.  For instance, the opera falsely portrays Israeli Jews as brutally driving out Arabs and “laying waste to all” Arab homes in 1948.  Outrageously, the opera even compares Jewish treatment of Arabs in 1948 to Nazi treatment of Jews in 1943.  In fact, as impartial British police reports described and every world newspaper confirmed (including newspapers not particularly fond of the Jewish State), Jewish leaders begged Arabs to stay and live together in peace, while Arab leaders from seven Arab nations and the Arab High Command insisted that Arabs living in Israel must leave so that the invading Arab nations’ war to annihilate Israel’s Jews could proceed unencumbered by a local Arab civilian population.   If the Arab nations had not attacked Israel in 1948 and told their brethren to leave, there would have been no “Palestinian refugees.”  Moreover, many Arabs did in fact stay in Israel, and are full citizens of Israel today, holding lofty positions such as doctors, Supreme Court judge, other judges, and Knesset members.  Jews are also falsely depicted in the opera as arriving belatedly in Israel by taxi with an empty suitcase; the opera falsely denies the longstanding Jewish history and Jewish continuing presence in Israel throughout the centuries.  (Jews were a majority of Jerusalem since the mid-1800s.  Most Arabs moved into Israel after Jews “made the desert bloom.”)

The opera also condemns Israel and the Western world for their tolerance towards gay people.  (Palestinian groups including Hamas condemn gay persons to death, as do countries such as Iran.)

Rising anti-Semitism, including ugly and frightening incidents in San Diego, Miami Beach, Chicago and right here in New York such as the murder of a rabbi who was walking to Synagogue in Miami Beach, and Palestinians defacing Israel Discount Bank’s New York branch while screaming for the destruction of Israel last week, makes it even more of an imperative to avoid anti-Semitic productions such as “Death of Klinghoffer.”

The Boston Symphony Orchestra canceled its production of the Klinghoffer opera.  In addition, several of the opera companies that co-commissioned the opera, including the Los Angeles Opera, refused to perform it.   In addition, after ZOA contacted officials at AMC theaters, broadcasts of the opera were canceled.

“We are very pleased to see that the esteemed Guggenheim Museum has joined with other responsible organizations to cancel an opera that purveys vicious falsehoods against Jews and Israel, and legitimizes, romanticizes and humanizes Arab terrorist killers of Jews.   It is gratifying that some organizations understand that the worldwide epidemic of terrorism and hatred towards Jews, Christians and the West should not be fueled with pro-terrorist propaganda that masquerades as art.

Unfortunately, another organization, the Metropolitan Opera, still does not seem to comprehend the danger that it is fomenting and the disgrace that it is bringing upon itself by performing “Death of Klinghoffer.”  We again urge the Met to cancel its offensive still-scheduled 8 live performances of this anti-Semitic anti-Israel pro-terrorist opera in New York this fall.”

ZOA is an active founding member of the STOP coalition (STOP = Stop Terrorist OPera, StopDeathofKlinghoffer.com), which is planning protests at the Met Opera on September 22 (opening night of the opera season), October 20, 2014 (opening night of “Klinghoffer”), and other dates when the Met is scheduled to perform the opera.   Please contact liz@zoa.org<mailto:liz@zoa.org> if you would like to get involved in the protests and other efforts to stop this pro-terrorist, anti-Semitic opera.

While we are pleased at the good news of the Guggenheim’s cancellation, our job is not complete until the Met follows the good example of the Guggenheim Museum, the Boston Symphony, the Los Angeles Opera, and other opera houses, and there are no performances of this disgraceful, anti-Semitic propaganda opera.

We would love to hear from you! Please fill out this form and we will get in touch with you shortly.
Trending Z
News August 14, 2014
ZOA Condemns U.S. State Dept. & U.S. Amb. Nides For Siding with Antisemitic, Discriminatory Palestinian & Hamas Terrorists re: the Temple Mount, Violating Jews’ Religious Freedom
News August 14, 2014
ZOA’s Klein JPost Op-Ed: There is Nothing Extreme About Israel’s New Government
Uncategorized August 14, 2014
FLASH: ISRAEL-JORDAN PEACE TREATY (1994) GUARANTEES JEWS ACCESS TO THE TEMPLE MOUNT – LET MY PEOPLE PRAY
Uncategorized August 14, 2014
ZOA Analysis: Most American Rabbis Who Are Boycotting Some Israeli Ministers Are From Extremist Left Wing Groups (J Street; T’ruah; JVP)
Center for Law & Justice
We work to educate the American public and Congress about legal issues in order to advance the interests of Israel and the Jewish people.
We assist American victims of terrorism in vindicating their rights under the law, and seek to hold terrorists and sponsors of terrorism accountable for their actions.
We fight anti-Semitism and anti-Israel bias in the media and on college campuses.
We strive to enforce existing law and also to create new law in order to safeguard the rights of the Jewish people in the United States and Israel.
Our Mission
ZOA STATEMENT
The ZOA speaks out for Israel – in reports, newsletters, and other publications. In speeches in synagogues, churches, and community events, in high schools and colleges from coast to coast. In e-mail action alerts. In op-eds and letters to the editor. In radio and television appearances by ZOA leaders. Always on the front lines of pro-Israel activism, ZOA has made its mark.
Connect with us
Sign up for our Newsletter