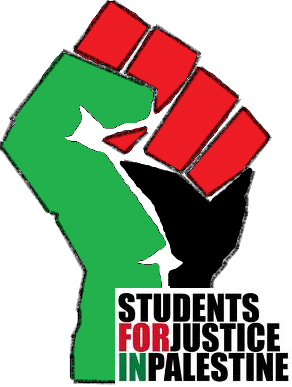 The Zionist Organization of America (ZOA) has written to Temple University President, Neil D. Theobald, condemning the vile anti-Semitic attack on a Temple University Jewish student by a member of or sympathizer with the Students for Justice in Palestine (SJP), a group devoted to Israel’s elimination, and calling for SJP at Temple University to be investigated to determine if an immediate suspension of the group is appropriate and for the specific SJP student to be expelled.

Yesterday, Daniel Vessal, a Camera on Campus fellow and a member of the Jewish fraternity  AEPi, was punched in the face by a violent an SJP member at “Templefest,” which is organized for students on campus to gain new information about campus clubs a week before the start of classes. Vessal says that he saw the SJP table on one of the university’s main walkways and went up peacefully to engage in discussion, saying, “‘when Hamas stops sending the rockets, that’s when there can be peace. That’s when we can start.’ This one girl sitting at the end of the table was just laughing and laughing at me … As she was laughing at me, people at the table were calling me a ‘baby killer,’ I said when she stops then maybe we could have a genuinely peaceful conversation. And then this kid [one of the four or five people at the SJP table] just rocks me in the face as hard as he can. My glasses flew off. After a two-second blur I had no clue what had happened. I couldn’t believe the kid actually hit me … When the police came over and were filing the report the kids at the table were screaming ‘You Zionist pig, you racist, that’s what you get.’

Vessal’s story has been corroborated by two witnesses, Josh Josephs and Alex Winokur, who added that they heard SJP members call Vessal a ‘kike,’ ‘stupid Jew,’ and ‘Zionist’ while he lay on the ground. The police did not detain the assailant and campus police disagreed with the head of student activities on campus that the SJP table needed to be closed. SJP claims the assailant is not a SJP member, merely an acquaintance” of SJP (Daniel Mael, ‘Temple Univ. Jewish Student Punched In Face And Called “Kike” In Anti-Semitic Attack,’ Truth Revolt, August 20, 2014).

ZOA National President Morton A. Klein has written to Temple University President, saying, “Some recent developments on our campuses are simply horrifying, not least this unprovoked physical attack on a Jewish student.

“We see that Israel’s enemies are not content merely to slander her and tell the most outrageous lies about the Jewish state while apologizing for and sanitizing the unreformed, rejectionist Palestinian Arab movement, but are willing to assault Jews and use disgusting anti-Semitic language. Such groups have no place on our university campuses.

“Those who participate in such action need to be held accountable; not sent home by police, as was the case here. This is not appropriate disciplinary action; this is indulgence and appeasement of violent, lawless people.

“I respectfully call upon the University to immediately mount an investigation into SJP’s activities on campus to see if it appropriate to suspend it as a student group in light of their actions. It is also necessary to ascertain why campus police did not arrest the assailant and hold him in custody, but instead sent him home unpunished. If Mr. Vessal’s assailant is a Temple University student, whether or not a member of SJP, he should be expelled.

“Should it emerge that the assailant is not a Temple University student, the University should use the full weight of the law to prosecute him for assault.”

We would love to hear from you! Please fill out this form and we will get in touch with you shortly.
Trending Z
News August 21, 2014
ZOA Deplores that Pres. Trump Dined with Jew-Haters Kanye West & Nick Fuentes, and Demands he Condemn Them
Uncategorized August 21, 2014
ZOA Honors Trump With Rarely Given Herzl Award for His Great Pro-Israel Work – Joins Ranks of Balfour, Truman, Begin, Meir, Ben-Gurion
News August 21, 2014
ZOA Responds to Questions About Pres. Trump, Kanye West, Fuentes, etc. Issue
Uncategorized August 21, 2014
Zionist Organization of America Honors Donald Trump for Support for Israel, Jewish Community
Center for Law & Justice
We work to educate the American public and Congress about legal issues in order to advance the interests of Israel and the Jewish people.
We assist American victims of terrorism in vindicating their rights under the law, and seek to hold terrorists and sponsors of terrorism accountable for their actions.
We fight anti-Semitism and anti-Israel bias in the media and on college campuses.
We strive to enforce existing law and also to create new law in order to safeguard the rights of the Jewish people in the United States and Israel.
Our Mission
ZOA STATEMENT
The ZOA speaks out for Israel – in reports, newsletters, and other publications. In speeches in synagogues, churches, and community events, in high schools and colleges from coast to coast. In e-mail action alerts. In op-eds and letters to the editor. In radio and television appearances by ZOA leaders. Always on the front lines of pro-Israel activism, ZOA has made its mark.
Related Articles
OP-ED CIA Nominee Brennan Dismisses Radical Islam, Calls J’lem Al-Quds, Whitewashes Hizballah