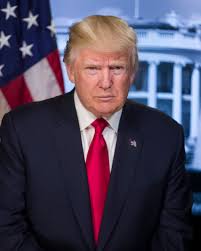 ZOA appreciates many of the President’s previous actions and statements, including: imposing new sanctions on Iran for Iran’s terrorism and missile launches in violation of UNSC Res. 2231; the President’s and his administration’s multiple strong condemnations of anti-Semitism; Pres. Trump’s immigration executive orders aimed at keeping all Americans safe; Pres. Trump’s statement refusing to endorse a terrorist Palestinian-Arab state during Pres. Trump’s Feb.15, 2017 joint press conference with Prime Minister Netanyahu (“I’m looking at two-state and one-state, and I like the one that both parties like”); pro-Israel appointments such as Ambassadors David Friedman and Nikki Haley, and advisors Steve Bannon and Sebastian Gorka; taking a stand against anti-Israel bias at the UN and UN Human Rights Council; and the President’s emphasizing the need for Mahmoud Abbas and the Palestinian Authority/PLO to stop incitement and paying Palestinian terrorists to murder Jews, during President Trump’s May 3, 2017 meeting with Abbas.

According to a Recent Maagar-Machot poll,​ only 7% of Israelis support a Palestinian state.

ZOA is concerned by National Security Advisor Gen. McMaster’s statement during McMaster’s May 12, 2017 press conference, that during President Trump’s trip to Israel: “To President Abbas, he [President Trump] will express his desire for dignity and self-determination for the Palestinians.” “Self-determination” is a euphemism for creating a Palestinian Arab state in Israel’s heartland – which would be a hotbed of terrorism.

Others in the pro-Israel community are raising similar concerns that National Security Advisor McMaster is pushing the President to adopt unfavorable policy reversals on Israel.  (See “America last: Trump Embraces the Palestinian Game,” by Daniel Horowitz, Conversative Review May 16, 2017.)

For President Trump to endorse Palestinian “self-determination” would prejudice negotiations at the outset; encourage Mahmoud Abbas that he can get his demands met while continuing to teach hatred and while paying terrorists to murder Jews; encourage Hamas; re-enact Obama’s anti-Israel policies and pressure only on Israel; and contradict President Trump’s pro-Israel campaign pledges and previous positions.

We urge President Trump to maintain his wise policy of facilitating and being open to any of the large variety of alternate possibilities that the parties may decide upon. These include, a Palestinian entity that is “less than a state” – the resolution that former Prime Minister Rabin envisioned when he signed the Oslo accords. (See “Prime Minister Rabin’s Oct. 5 1995 Speech to Knesset on Ratification of Oslo Peace Accords.”)

And according to a recent Maagar-Machot poll, only 7% of Israelis support a Palestinian ​state.

Calling for the solution of “Palestinian self-determination” would furthermore contradict the Trump campaign’s policy platform, which read:

“The U.S. cannot support the creation of a new state where terrorism is financially incentivized, terrorists are celebrated by political parties and government institutions, and the corrupt diversion of foreign aid is rampant. The U.S. should not support the creation of a state that forbids the presence of Christian or Jewish citizens, or that discriminates against people on the basis of religion. The U.S. should support direct negotiations between Israel and the Palestinians without preconditions, and will oppose all Palestinian, European and other efforts to bypass direct negotiations between parties in favor of an imposed settlement.  Any solutions imposed on Israel by outside parties including by the United Nations Security Council, should be opposed.”  (“Joint Statement from Jason Dov Greenblatt and David Friedman, Co-Chairmen of the Israel Advisory Committee to Donald J. Trump,” – Compendium of Positions Confirmed with Donald Trump – Nov. 2, 2016.)

ZOA is also concerned that National Security Advisor McMaster said nothing during his preview of the purposes of President Trump’s upcoming trip about ending PA dictator Mahmoud Abbas’ incitement and payments to Palestinian-Arab terrorists to kill Jews.  President Trump brought up this issue with Mahmoud Abbas at the White House on May 3, 2017 – and in response, Abbas blatantly lied, saying that the PA was teaching a culture of peace, and Abbas and PA officials rejected the demand to stop paying Palestinian terrorists and insulted Pres. Trump.

We urge President Trump to utilize his upcoming meetings with Abbas to strongly demand that Abbas immediately end his incitement and payments to Jew-killers and their families.

At the time of his candidacy, President Trump eloquently affirmed that the PA’s incitement and payments to Jew-killers “have to end now” during his 2016 speech at AIPAC.  President Trump had stated:

“Every single day [in Palestinian society] you have rampant incitement and children being taught to hate Israel and to hate the Jews. It has to stop.  When you live in a society where the firefighters are the heroes, little kids want to be firefighters. When you live in a society where athletes and movie stars are the heroes, little kids want to be athletes and movie stars.  In Palestinian society, the heroes are those who murder Jews.  We can’t let this continue.  We can’t let this happen any longer.  You cannot achieve peace if terrorists are treated as martyrs.  Glorifying terrorists is a tremendous barrier to peace.  It is a horrible, horrible way to think. It’s a barrier that can’t be broken.  That will end and it’ll end soon, believe me.  In Palestinian textbooks and mosques, you’ve got a culture of hatred that has been fomenting there for years. And if we want to achieve peace, they’ve got to go out and they’ve got to start this educational process. They have to end education of hatred. They have to end it and now.”

ZOA urges Pres. Trump to insist during his upcoming meeting with Mahmoud Abbas that for peace to have any chance, and for the US to continue to provide $500 million in US aid and cooperation, Abbas and the PA/PLO must first, for a demonstrable period of time: (1) discontinue PA and PLO payments ($300 million annually) to terrorists and families of terrorists who murdered Jews; (2) rename the dozens of schools, sports clubs, streets, public squares, children’s camps etc. in the Palestinian Authority that are named after murderers of Jews; (3) discontinue PA official television and newspaper programs promoting Jew-hatred, Jew-killings and honoring murderers of Jews; (4) completely revamp the PA textbooks and curricula that are teaching Palestinian Arab children to become murderers of Jews and to destroy Israel; (5) change all official PA symbols (including official PA emblems, stamps, stationary, etc.) that show Israel as a Palestinian Arab state; (6) cease all payments to the Hamas regime in Gaza; (7) end all of Abbas’ demands that a future Palestinian state be ethnically cleansed of Jews; (8) formally declare illegal, disassociate from, and remove from the PA government all designated terrorist groups including Hamas, the PFLP (Popular Front for the Liberation of Palestine), and Palestinian Islamic Jihad (PIJ); and (9) insist Abbas and Imams condemn all Palestinian terrorist attacks including car rammings and knifings against Jews. All of these points are required under the signed Oslo and other agreements.  (See “ZOA: Make Key Demands of Abbas at Undeserved Upcoming White House Meeting,” Apr. 24, 2017.)

We would love to hear from you! Please fill out this form and we will get in touch with you shortly.
Trending Z
Uncategorized May 19, 2017
ZOA Analysis: Most American Rabbis Who Are Boycotting Some Israeli Ministers Are From Extremist Left Wing Groups (J Street; T’ruah; JVP)
Uncategorized May 19, 2017
ZOA: Israel’s Reasonable Judicial Reform Proposals Are Good for Democracy, the Rule of Law and the Economy
Uncategorized May 19, 2017
Israel’s “Right of Return” Grandparent Clause is De-Judaizing the Jewish State – Eliminate It
News May 19, 2017
ZOA is Disappointed, Offended and Frightened by 211 U.S. House Votes Supporting Jew-Hating, Israel-Hating Rep. Ilhan Omar
Center for Law & Justice
We work to educate the American public and Congress about legal issues in order to advance the interests of Israel and the Jewish people.
We assist American victims of terrorism in vindicating their rights under the law, and seek to hold terrorists and sponsors of terrorism accountable for their actions.
We fight anti-Semitism and anti-Israel bias in the media and on college campuses.
We strive to enforce existing law and also to create new law in order to safeguard the rights of the Jewish people in the United States and Israel.
Our Mission
ZOA STATEMENT
The ZOA speaks out for Israel – in reports, newsletters, and other publications. In speeches in synagogues, churches, and community events, in high schools and colleges from coast to coast. In e-mail action alerts. In op-eds and letters to the editor. In radio and television appearances by ZOA leaders. Always on the front lines of pro-Israel activism, ZOA has made its mark.
Related Articles
OP-ED BY: ZOA Staff ADL “Studying” Whether to Oppose BDS in Judea/Samaria