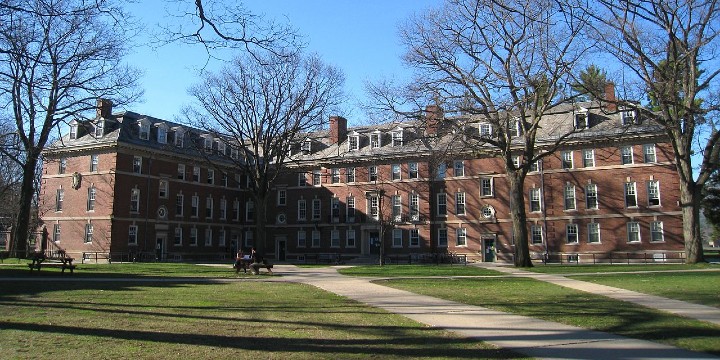 Last week, the Zionist Organization of America (ZOA) wrote to Williams College, urging the administration to condemn the Williams College Council’s discriminatory and unlawful decision to reject the Williams Initiative For Israel (WIFI) as a Registered Student Organization (RSO).  Today, the ZOA criticized Williams President Maud Mandel for her weak and insulting response to the College Council’s bigoted decision.

In a May 3 statement, President Mandel acknowledged that in rejecting WIFI’s RSO application, the College Council did not “follow its own processes and bylaws.”  In addition, she admitted that the College Council’s decision to reject the pro-Israel student group “was made on political grounds.”

ZOA calls on President Maud Mandel to acknowledge the anti-Semitic bigotry of the College Council and correct the injustice right away.”

ZOA National President Morton A. Klein criticized President Maud Mandel’s response and called on her to exercise moral leadership by addressing the discrimination against WIFI:  “Calling the College Council’s decision ‘political’ is inaccurate.  The decision was anti-Semitic, because it targeted and rejected WIFI based on the group’s mission to support the Jewish state of Israel and the pro-Israel campus community.  Furthermore, expressing “disappointment’ was hardly enough.  President Mandel should have condemned the College Council’s discrimination and remedied it.  She has the authority to grant WIFI the RSO recognition it deserves.

“In addition, President Mandel should have condemned the anti-Semitism expressed at College Council meetings at which WIFI’s RSO application was considered.  We understand that students who spoke there questioned Israel’s very right to exist and falsely accused Israel of ‘genocidal’ and ‘apartheid’ policies.  The suggestion that there is a genocide is ridiculous; the Palestinian Arab population is dramatically increasing.  Equally outrageous is the accusation that Israel is an apartheid state.  Israel is a democracy where Arabs and Jews have equal rights and Arabs are represented in the government, on the judiciary, and in all areas of society.  President Mandel didn’t even mention the students’ anti-Semitism in the statement she issued.

“President Mandel believes it’s enough that WIFI ‘can continue to exist and operate’ even without being an RSO.  It’s not enough.  In fact, suggesting that the group settle for something less than what it’s entitled to is insulting.  WIFI won’t have the access to funding that RSO’s are afforded, and there is value in a group being able to say that it’s been recognized as a registered student organization.  President Mandel’s response is reminiscent of the separate but equal doctrine that our country fortunately rejected because separate is not equal at all.

“As President Mandel admitted, WIFI was denied RSO recognition for one illegitimate reason – because the group supports Israel.  ZOA calls on President Maud Mandel to acknowledge the anti-Semitic bigotry of the College Council and correct the injustice right away.”

We would love to hear from you! Please fill out this form and we will get in touch with you shortly.
Trending Z
News May 10, 2019
ZOA Deplores that Pres. Trump Dined with Jew-Haters Kanye West & Nick Fuentes, and Demands he Condemn Them
Uncategorized May 10, 2019
ZOA Honors Trump With Rarely Given Herzl Award for His Great Pro-Israel Work – Joins Ranks of Balfour, Truman, Begin, Meir, Ben-Gurion
News May 10, 2019
ZOA Responds to Questions About Pres. Trump, Kanye West, Fuentes, etc. Issue
Uncategorized May 10, 2019
Zionist Organization of America Honors Donald Trump for Support for Israel, Jewish Community
Center for Law & Justice
We work to educate the American public and Congress about legal issues in order to advance the interests of Israel and the Jewish people.
We assist American victims of terrorism in vindicating their rights under the law, and seek to hold terrorists and sponsors of terrorism accountable for their actions.
We fight anti-Semitism and anti-Israel bias in the media and on college campuses.
We strive to enforce existing law and also to create new law in order to safeguard the rights of the Jewish people in the United States and Israel.
Our Mission
ZOA STATEMENT
The ZOA speaks out for Israel – in reports, newsletters, and other publications. In speeches in synagogues, churches, and community events, in high schools and colleges from coast to coast. In e-mail action alerts. In op-eds and letters to the editor. In radio and television appearances by ZOA leaders. Always on the front lines of pro-Israel activism, ZOA has made its mark.
Related Articles
OP-ED BY: Morton A. Klein ZOA: Iran Pres. Rouhani’s Boasting of Deceiving West on Iran’s Nuclear Weapons Program Underscores the Fraudulence of his Moderate Image