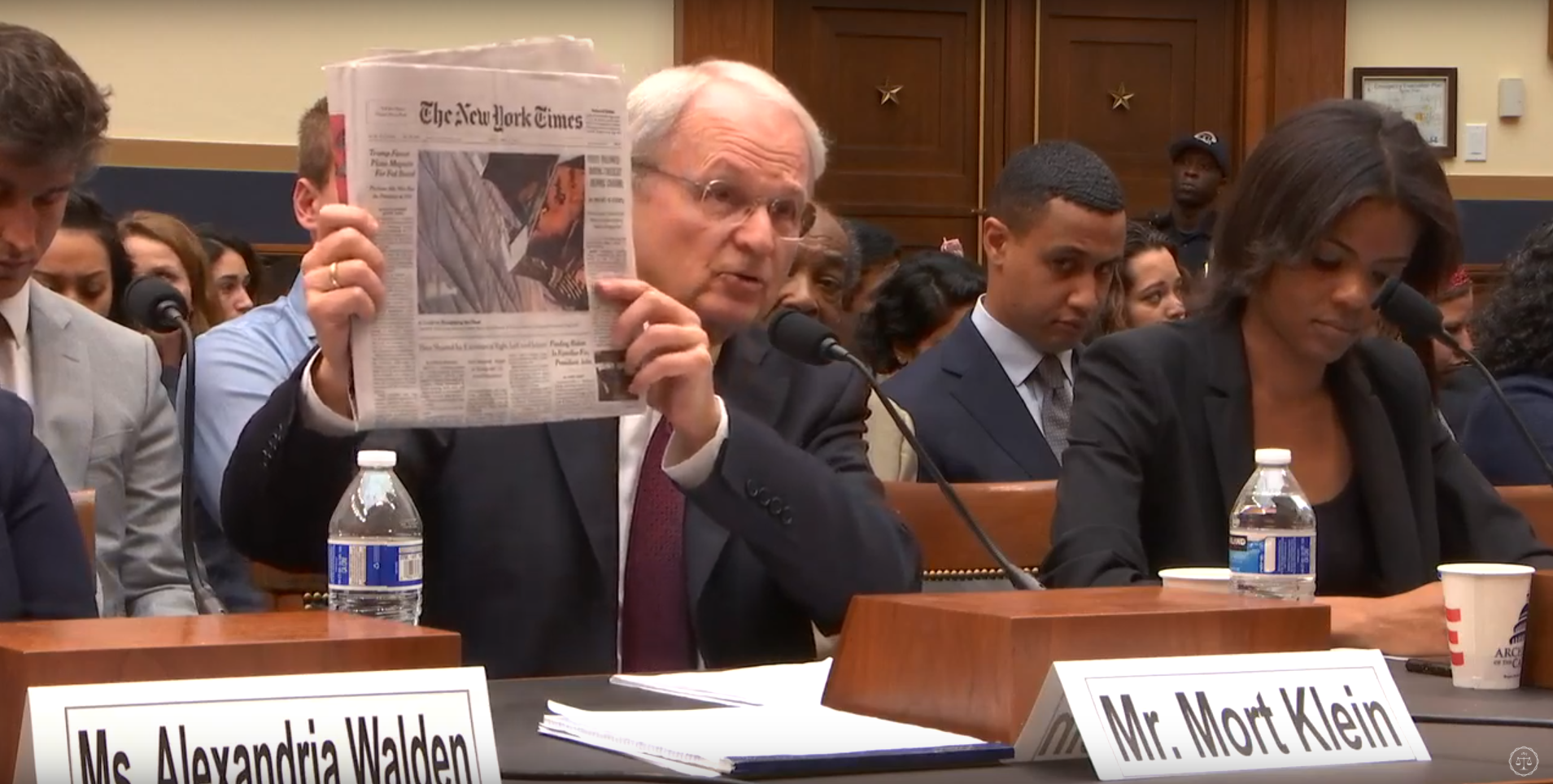 The ZOA is concerned about the lack of any mention of Islamic antisemitism, Islamic terrorism, and Islamic-terror-affiliated BDS (boycotts, divestment and sanctions) in ADL’s recent email promoting ADL’s 2019 antisemitism summit. Instead, ADL’s email states that its 2019 agenda will be “focusing on topics like extremism, white supremacy, cyber hate, campus activism and free speech.”

ZOA urges ADL to add the major and serious issue of Islamic antisemitism and Islamic terrorism to its 2019 agenda.

ZOA urges ADL to add the major and serious issue of Islamic antisemitism and Islamic terrorism to its 2019 agenda.

It is particularly important to include and emphasize Islamic antisemitism in view of recent trends including:

For instance, ADL CEO Jonathan Greenblatt never mentioned Islamic antisemitism during his lengthy keynote/opening speech in 2018. Greenblatt moreover completely omitted the Muslim identity of the perpetrators of grisly, deadly attacks on Jews. Instead, Greenblatt merely stated that unspecified “gunmen” perpetrated the Paris Hypercacher kosher grocery hostage-taking and murder of Jews; an unspecified “gunman” murdered a young Jewish man in front of a Copenhagen synagogue; and an unspecified “terrorist” perpetrated the murders at the Brussels Jewish Museum. Greenblatt also merely said that Jewish worshipers “were butchered in cold blood” at a Har Nof synagogue – without specifying who committed these horrendous murders.  (The perpetrators of the Har Nof synagogue slaughter were Islamic members of the Popular Front for the Liberation of Palestine (PFLP) – a designated foreign terrorist groups that is part of the Palestinian Authority government.) In fact, Islamic terrorists perpetrated all four of the above atrocities.  Why was the critical fact that all these perpetrators were Muslim absent from Greenblatt’s speech?

In addition, the entire 2018 antisemitism summit agenda published on ADL’s website never mentions Islamic antisemitism, or Imams calling for the murder of Jews in American mosques, or the virulent Students for Justice in Palestine – which harasses and intimidates Jews and promotes hating the Jewish State of Israel on college campuses throughout the country.

Instead, the ADL 2018 summit agenda portrays Muslims solely as victims.  For instance, the 2018 ADL agenda topic “How Anti-Semitism Drives Other Forms of Hate in America,” states: “Divisive public rhetoric about immigration, Muslims, Jews and women has empowered and energized white supremacists, whose hate was on full display in Charlottesville and in Pittsburgh, where overt, aggressive expressions of anti-Semitism served as precursors to unthinkable violence.”

Similarly, in his 2018 keynote speech, Jonathan Greenblatt declared:  “the fight against racism, xenophobia, misogyny, anti-Muslim bias, and homophobia – as a proud Jew with so much privilege, these are my fights, too.”

We also find it rather disturbing that ADL’s CEO portrayed Jews as having “so much privilege” – when Jews are the victims of the majority (60%) of religious-based hate crimes in the United States.

ADL’s 2018 antisemitism summit also promoted ADL’s pro-immigration agenda, and included an immigration award.  ADL’s published 2018 agenda failed to acknowledge any legitimate concerns about immigration into the United States of persons who cannot be properly vetted, persons who have terror connections, and persons with extreme antisemitic attitudes. Instead ADL’s 2018 agenda condemned “nativist and racist reactions to immigrants” and “xenophobic scapegoating of immigrants.”

ADL 2018 panelist Bret Stephens moreover falsely portrayed pro-immigration views as a Jewish value – when this is not so: Judaism in fact favors strong borders to protect a country’s safety and its population’s lives.  (See, e.g., “Torah Values and Why We Oppose Resettling Syrian Refugees,” by Morton Klein and Liz Berney, Algemeiner, Feb. 8, 2016; and “ZOA’s Amicus Brief in Support of Pres. Trump’s Immigration Proclamation,” Feb. 28, 2018, and summary.)

Jonathan Greenblatt in his 2018 keynote speech, and 2018 panelist Emory’s Deborah Lipstadt also complained about politicians’ statements attacking Israel-hater George Soros. Greenblatt and Lipstadt never mentioned the immense harm that avowed non-Zionist Soros has done to the Jewish people: Soros continues to pour millions of dollars into at least 26 anti-Israel NGOs (including J Street, B’tselem, Breaking the Silence, and many more) that are at the forefront of attacking and demonizing the Jewish nation and her people. ADL has also wrongly condemned those who correctly point out Soros’ horrendous record, on other occasions.  (See “ZOA to ADL: Apologize/Retract ADL’s “Abhorrent” Attack Against Pro-Israel Cong. Gohmert,” Dec. 11, 2018.)

ADL’s 2018 summit was also marred by efforts to wrongly portray President Trump and right-wing world leaders who truly love Israel and the Jewish people as antisemites or as empowering antisemitism. ADL CEO Greenblatt, in his 2018 keynote address, castigated President Trump for using the term “globalists” – and tried to portray “globalists” as a euphemism for Jews – when in fact “globalists” is today understood as a term for those who would cede national rights to the United Nations and other international agencies and compacts, or put supposed world interests ahead of one’s country’s survival and welfare. ADL panelist Deborah Lipstadt characterized “my daughter is married to a Jew” as an excuse used by antisemites.

And panelist Bret Stephens shamefully described pro-Israel right-wing world leaders as engaged in “blue-washing” – meaning, using closeness to Israel as an excuse and disguise for antisemitism. Incidentally, “blue-washing” is a term used by virulent anti-Israel groups, such as Electronic Intifada, to claim that anything good Israel does is merely done to disguise Israel’s [non-existent] crimes against Palestinian-Arabs.

We would love to hear from you! Please fill out this form and we will get in touch with you shortly.
Trending Z
Uncategorized May 22, 2019
ZOA Analysis: Most American Rabbis Who Are Boycotting Some Israeli Ministers Are From Extremist Left Wing Groups (J Street; T’ruah; JVP)
Uncategorized May 22, 2019
ZOA: Israel’s Reasonable Judicial Reform Proposals Are Good for Democracy, the Rule of Law and the Economy
Uncategorized May 22, 2019
Israel’s “Right of Return” Grandparent Clause is De-Judaizing the Jewish State – Eliminate It
News May 22, 2019
ZOA is Disappointed, Offended and Frightened by 211 U.S. House Votes Supporting Jew-Hating, Israel-Hating Rep. Ilhan Omar
Center for Law & Justice
We work to educate the American public and Congress about legal issues in order to advance the interests of Israel and the Jewish people.
We assist American victims of terrorism in vindicating their rights under the law, and seek to hold terrorists and sponsors of terrorism accountable for their actions.
We fight anti-Semitism and anti-Israel bias in the media and on college campuses.
We strive to enforce existing law and also to create new law in order to safeguard the rights of the Jewish people in the United States and Israel.
Our Mission
ZOA STATEMENT
The ZOA speaks out for Israel – in reports, newsletters, and other publications. In speeches in synagogues, churches, and community events, in high schools and colleges from coast to coast. In e-mail action alerts. In op-eds and letters to the editor. In radio and television appearances by ZOA leaders. Always on the front lines of pro-Israel activism, ZOA has made its mark.
Related Articles
OP-ED BY: ZOA Staff New Poll: Americans By 2-To-1 Margin Blame Palestinians For Talks’ Failure