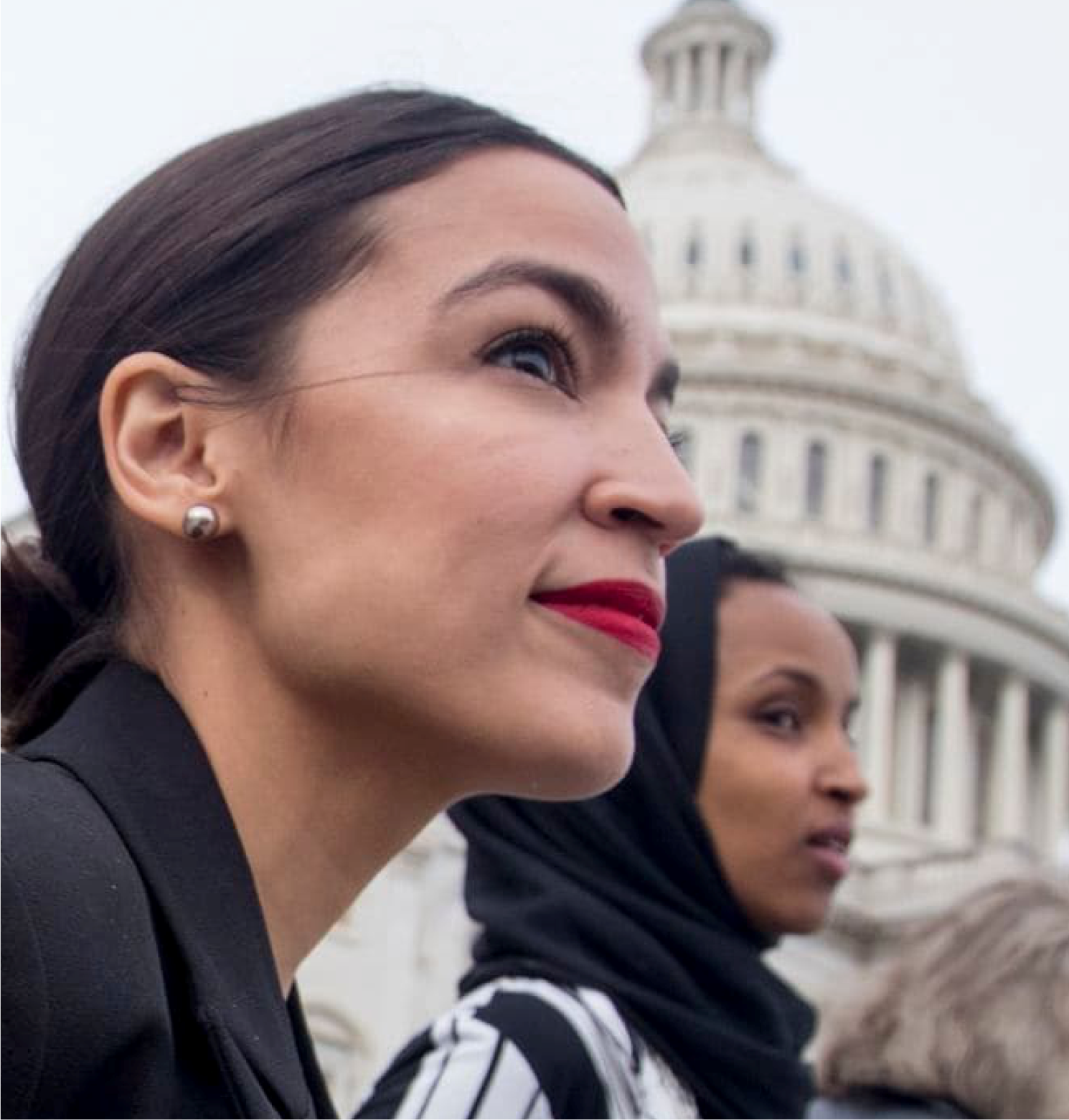 Openly advocating violence against innocent people, in this case against Jewish people, is a “red line” that no decent person – and certainly no member of Congress – should ever cross.  Yet horrifyingly, adding to her long list of antisemitic, Israelophobic and anti-American outrages, Congresswoman Alexandria Ocasio-Cortez (D-NY) (“AOC”) has now obliterated that red line by declaring and promoting on the “Ebro in the Morning” radio show that Palestinian-Arabs “have no choice but to riot” against Jews in the Jewish State.  It is frightening and irresponsible that AOC is legitimizing and mainstreaming anti-Jewish violence, Jew hatred and Israel hatred. In an era when Jews have been murdered and shot and attacked in Pittsburgh, California, Florida and New York, this is a very dangerous development, (Audiotape is at “AOC Says Palestinians ‘Have No Choice But To Riot’ Against Israel,” Fox News, July 31, 2019.)

The Merriam-Webster definition of “riot” is “public violence” by groups of three or more persons assembled together acting with common intent.  Moreover, AOC’s outrageous phrase says that it’s obligatory to perpetrate violence against Jews.

AOC must be sanctioned, condemned and removed from all her Congressional committees and even thrown out of Congress for advocating that there is “no choice but to riot” against Jews.

It is especially wrong for this Congresswoman AOC to continue serving on the House Committee on Oversight and Reform’s Subcommittee on Civil Rights and Civil Liberties – when AOC is advocating to destroy Jews’ and Israelis’ basic civil right to live, without being subjected to Palestinian-Arab terrorist attacks and violence and even murder.

“Openly advocating violence against innocent people, in this case against Jewish people, is a “red line” that no decent person – and certainly no member of Congress – should ever cross. “

During the same radio interview, AOC also spewed and agreed with hateful and false anti-Jewish and anti-Israel blood libels, and employed these in her call for anti-Israeli riots.  AOC “absolutely” agreed with the radio show host’s depiction of “white supremacist Jews,” and the host’s statements calling Israel “very, very unjust” and “very, very, criminal.”  AOC then declared “I don’t think that by marginalizing Palestinians, you create safety. “I believe that injustice is a threat to the safety of all people, because once you have a group that is marginalized and marginalized and marginalized — once someone doesn’t have access to clean water, they have no choice but to riot, right?”

In fact, Israel has far exceeded her obligations under the parties’ negotiated, signed water agreements (set forth in Oslo II).  The problem is that Hamas and the Palestinian Authority (PA) fail to meet their water responsibilities in the areas that they govern – and sabotage Israel’s generous efforts to help provide water.  Israel provides Palestinian-Arabs with clean water from joint aquifers in far larger quantities and at lower prices than Israeli Jews receive and have to pay.  Also, Israeli farmers in Judea/Samaria mostly use treated wastewater and other non-potable water for agriculture – while Palestinian-Arab farmers refuse to use treated wastewater, build illegal wells that decimate the fragile water table, and squander potable water on agriculture. And despite the availability of funds for the PA to build approved wastewater treatment plants, the PA and Hamas have failed to meet their responsibilities to build the treatment plants.  Billions of dollars of aid have been provided to the Palestinian-Arabs (including $11 billion of aid from the U.S. as of May 2018) – but they prefer to use the funds to build terror tunnels and pay terrorists.

For additional enlightening facts about the water situation – and about the PA’s and Hamas’ and terror-affiliated NGOs’ water libels, which AOC repeated, see “Myths vs. Facts: NGOs and the Destructive Water Campaign Against Israel,” NGO Monitor, Mar. 17, 2016.

AOC’s latest comments are moreover the second time AOC justified spilling Jewish blood in the space of a week.  Last week, AOC contended that condemning anti-Jewish boycotts “forces” people to commit anti-Jewish violence, saying: “My concern with being overly punitive on nonviolent forms of protest is that it forces people into other channels and I would hate to be a part of, you know, paving that kind of path.”  (See “Alexandria Ocasio Cortez Justified Violence Against Jews Twice in 7 Days,” by Daniel Greenfield, Jewish Press/FrontPage Mag., Aug. 1, 2019.)

Congress’ failure to take action against Cong. AOC is legitimizing and mainstreaming Jew hatred, anti-Jewish violence and Israelophobia and keeps encouraging her to become more and more dangerous. This should never be happening in the United States of America. Shame!

We would love to hear from you! Please fill out this form and we will get in touch with you shortly.
Trending Z
Uncategorized August 2, 2019
FLASH: ISRAEL-JORDAN PEACE TREATY (1994) GUARANTEES JEWS ACCESS TO THE TEMPLE MOUNT – LET MY PEOPLE PRAY
Uncategorized August 2, 2019
ZOA Analysis: Most American Rabbis Who Are Boycotting Some Israeli Ministers Are From Extremist Left Wing Groups (J Street; T’ruah; JVP)
Uncategorized August 2, 2019
Israel’s “Right of Return” Grandparent Clause is De-Judaizing the Jewish State – Eliminate It
Uncategorized August 2, 2019
Exclusive: ZOA Accuses Ilhan Omar of Hating the U.S. ‘as Much as Israel,’ Lauds Kevin McCarthy for ‘Throwing Her Off the HFAC’
Center for Law & Justice
We work to educate the American public and Congress about legal issues in order to advance the interests of Israel and the Jewish people.
We assist American victims of terrorism in vindicating their rights under the law, and seek to hold terrorists and sponsors of terrorism accountable for their actions.
We fight anti-Semitism and anti-Israel bias in the media and on college campuses.
We strive to enforce existing law and also to create new law in order to safeguard the rights of the Jewish people in the United States and Israel.
Our Mission
ZOA STATEMENT
The ZOA speaks out for Israel – in reports, newsletters, and other publications. In speeches in synagogues, churches, and community events, in high schools and colleges from coast to coast. In e-mail action alerts. In op-eds and letters to the editor. In radio and television appearances by ZOA leaders. Always on the front lines of pro-Israel activism, ZOA has made its mark.
Related Articles
OP-ED BY: Morton A. Klein ZOA: Iran Pres. Rouhani’s Boasting of Deceiving West on Iran’s Nuclear Weapons Program Underscores the Fraudulence of his Moderate Image