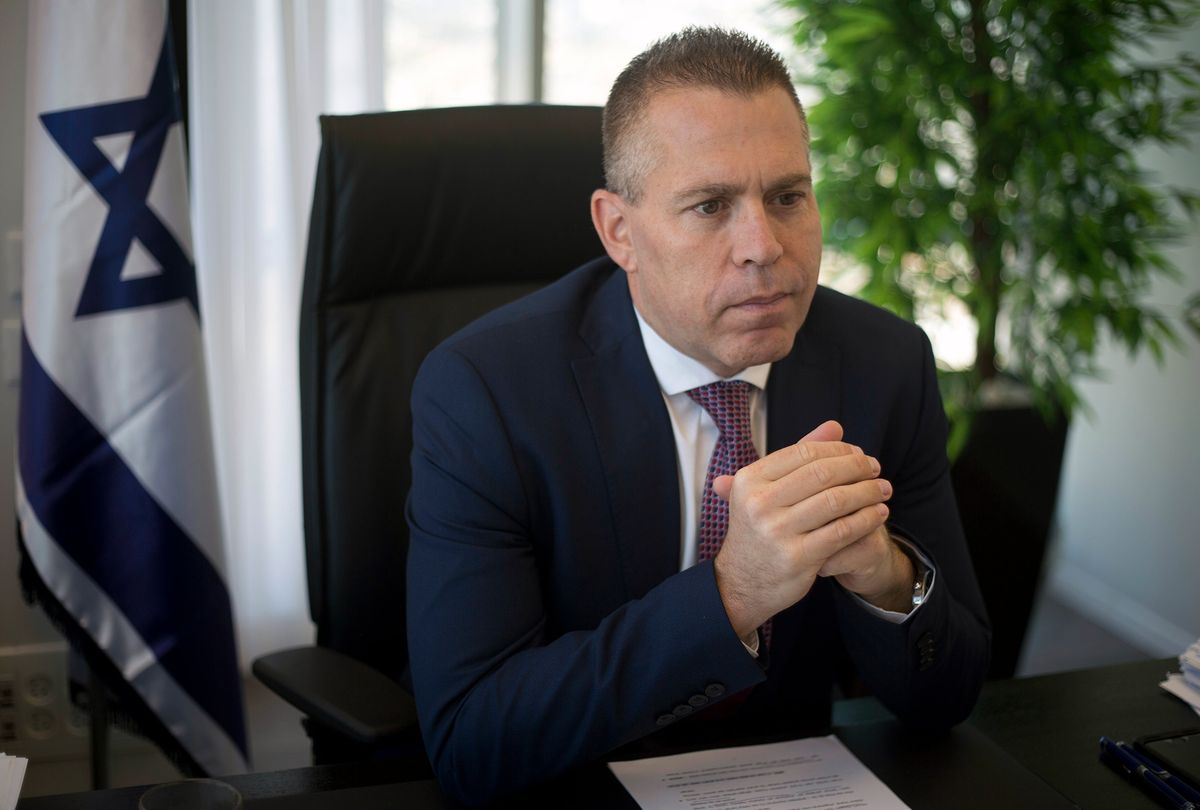 The Zionist Organization of America (ZOA) is thrilled with the brilliant and inspired choice of Minister Gilad Erdan to be the next Israeli Ambassador to America and the UN.

ZOA is proud to call Minister Gilad Erdan our longtime friend. He is a very hard-working, smart, articulate Zionist who knows how to effectively present Israel’s case and defend Israel from all the propaganda lies against it. Erdan was a leader against the Israel bashing BDS movement and understands all the issues in the Arab/Islamic war against Israel.

Morton Klein and wife Rita Klein remember well sitting next to Minister Erdan in Israel at Dinner at the opening of Erdan’s Ministry’s important conference on the horrific antisemitic BDS campaign, where Morton Klein delivered an address on how to fight BDS on college and high school campuses.

Mort deeply appreciated Erdan’s kind words in Erdan’s opening speech at the BDS Conference, explicitly stating his appreciation for Mort’s and ZOA’s relentless energy in our campaigns and fights against Israel’s enemies and our promoting strong U.S.-Israel relations in Congress. Erdan kindly stated that he hoped all would have ZOA’s energy in our battles for Israel.

ZOA Chair Mark Levenson has had the honor and privilege of knowing Minister Erdan for many years and being present with him at numerous economic and environmental meetings in both Israel and New York, where his keen grasp of complicated innovative ideas and his terrific representation of Israel was evident to all.

All of us at ZOA say Mazel Tov to Minister Gilad Erdan and we look forward to working with you in your new critically important post to strengthen Israel and US Israel relations and to weaken and overcome the enemies of the Jewish people and the Jewish State of Israel.

This News Release can be viewed on our website.

We would love to hear from you! Please fill out this form and we will get in touch with you shortly.
Trending Z
News May 11, 2020
ZOA Condemns U.S. State Dept. & U.S. Amb. Nides For Siding with Antisemitic, Discriminatory Palestinian & Hamas Terrorists re: the Temple Mount, Violating Jews’ Religious Freedom
News May 11, 2020
ZOA’s Klein JPost Op-Ed: There is Nothing Extreme About Israel’s New Government
Uncategorized May 11, 2020
FLASH: ISRAEL-JORDAN PEACE TREATY (1994) GUARANTEES JEWS ACCESS TO THE TEMPLE MOUNT – LET MY PEOPLE PRAY
Uncategorized May 11, 2020
ZOA Analysis: Most American Rabbis Who Are Boycotting Some Israeli Ministers Are From Extremist Left Wing Groups (J Street; T’ruah; JVP)
Center for Law & Justice
We work to educate the American public and Congress about legal issues in order to advance the interests of Israel and the Jewish people.
We assist American victims of terrorism in vindicating their rights under the law, and seek to hold terrorists and sponsors of terrorism accountable for their actions.
We fight anti-Semitism and anti-Israel bias in the media and on college campuses.
We strive to enforce existing law and also to create new law in order to safeguard the rights of the Jewish people in the United States and Israel.
Our Mission
ZOA STATEMENT
The ZOA speaks out for Israel – in reports, newsletters, and other publications. In speeches in synagogues, churches, and community events, in high schools and colleges from coast to coast. In e-mail action alerts. In op-eds and letters to the editor. In radio and television appearances by ZOA leaders. Always on the front lines of pro-Israel activism, ZOA has made its mark.
Connect with us
Sign up for our Newsletter