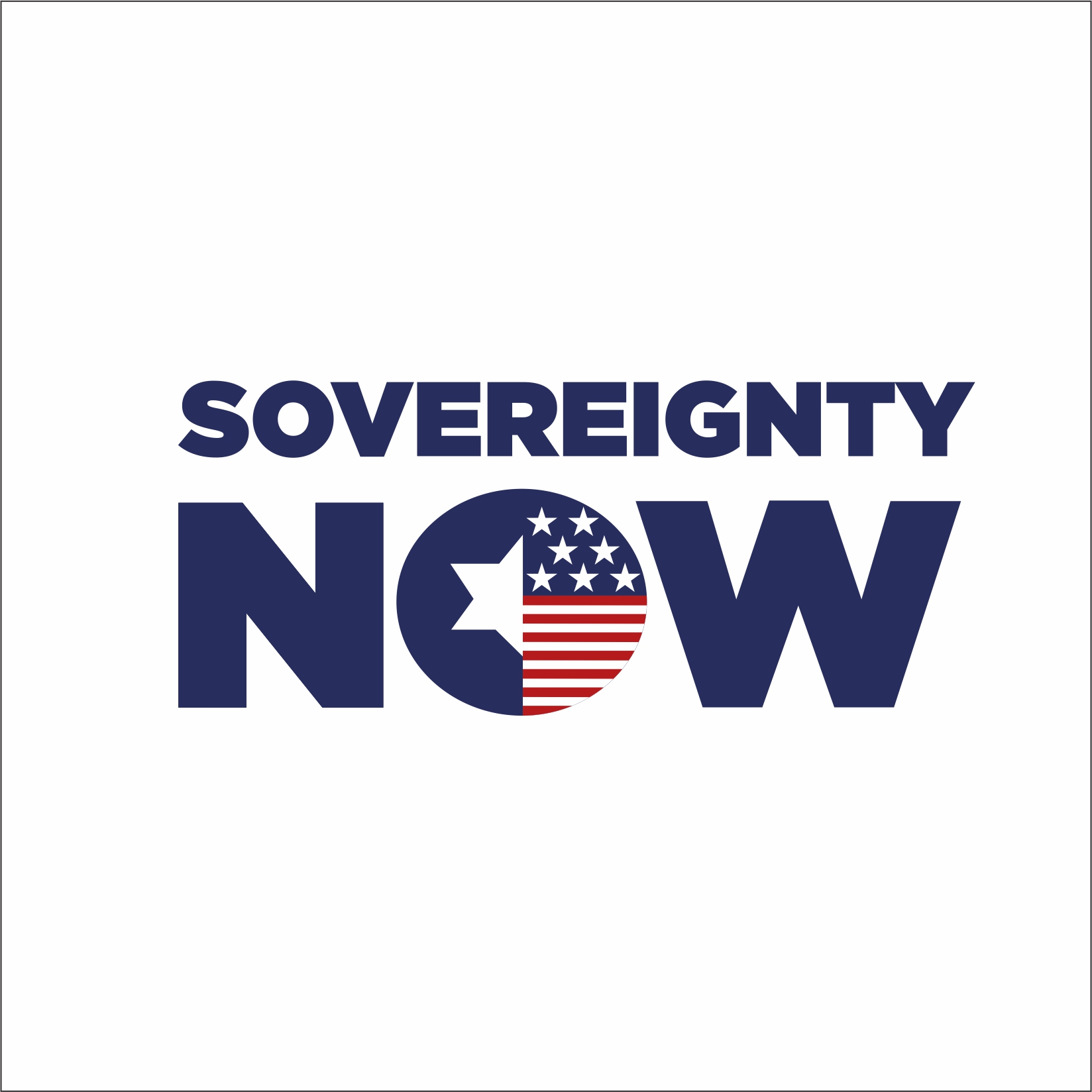 The Zionist Organization of America (ZOA) has launched a major #SovereigntyNOW campaign, to promote strong support for Israel immediately applying her rightful, lawful sovereignty to parts of Judea and Samaria and the Jordan Valley, where 500,000 Jews live.

On June 22, 2020, ZOA unveiled two spectacular massive billboards with the words “Sovereignty Now” in English and Hebrew, proclaiming that “America Stands with Israel at this Historic Moment,” together with prominent pictures of Israeli leaders PM Benjamin Netanyahu, Theodore Herzl, Menachem Begin and David Ben Gurion. The billboards also included a large ZOA logo. These huge billboards were placed on a major building in Jerusalem, at the busy intersection of Herzl and Rabin Streets, overlooking the Begin Highway. 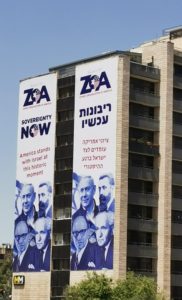 ZOA’s campaign also includes placing ads in various media outlets, as well as writing op-eds and releases on this critical issue. Both the US Administration and the Prime Minister of Israel support sovereignty. Israel has the legal, political, historic and religious right to Judea and Samaria. And behind the scenes, the moderate Arab countries have given tacit approval. Applying sovereignty is also vital for Israel’s security needs. Without the Jordan Valley and Judea and Samaria under Israeli sovereign control, Israel’s “waist” would be only nine miles narrow and indefensible. That’s one of the reasons why over 1000 top IDF officers support sovereignty.

The ZOA #SovereigntyNOW campaign involves much more, including coordinated efforts on social media, outreach in the U.S. Congress led by ZOA’s Government Relations department, and engagement with Knesset members led by the director of ZOA Israel.

We hope you’ll partner with us in encouraging others to spread the message and urge #SovereigntyNOW!

We would love to hear from you! Please fill out this form and we will get in touch with you shortly.
Trending Z
Uncategorized June 23, 2020
ZOA Analysis: Most American Rabbis Who Are Boycotting Some Israeli Ministers Are From Extremist Left Wing Groups (J Street; T’ruah; JVP)
Uncategorized June 23, 2020
ZOA: Israel’s Reasonable Judicial Reform Proposals Are Good for Democracy, the Rule of Law and the Economy
News June 23, 2020
ZOA is Disappointed, Offended and Frightened by 211 U.S. House Votes Supporting Jew-Hating, Israel-Hating Rep. Ilhan Omar
Uncategorized June 23, 2020
Israel’s “Right of Return” Grandparent Clause is De-Judaizing the Jewish State – Eliminate It
Center for Law & Justice
We work to educate the American public and Congress about legal issues in order to advance the interests of Israel and the Jewish people.
We assist American victims of terrorism in vindicating their rights under the law, and seek to hold terrorists and sponsors of terrorism accountable for their actions.
We fight anti-Semitism and anti-Israel bias in the media and on college campuses.
We strive to enforce existing law and also to create new law in order to safeguard the rights of the Jewish people in the United States and Israel.
Our Mission
ZOA STATEMENT
The ZOA speaks out for Israel – in reports, newsletters, and other publications. In speeches in synagogues, churches, and community events, in high schools and colleges from coast to coast. In e-mail action alerts. In op-eds and letters to the editor. In radio and television appearances by ZOA leaders. Always on the front lines of pro-Israel activism, ZOA has made its mark.
Related Articles
OP-ED ZOA Praises Pres-Elect Bolsonaro for Vowing to Move Brazilian Embassy to Jerusalem