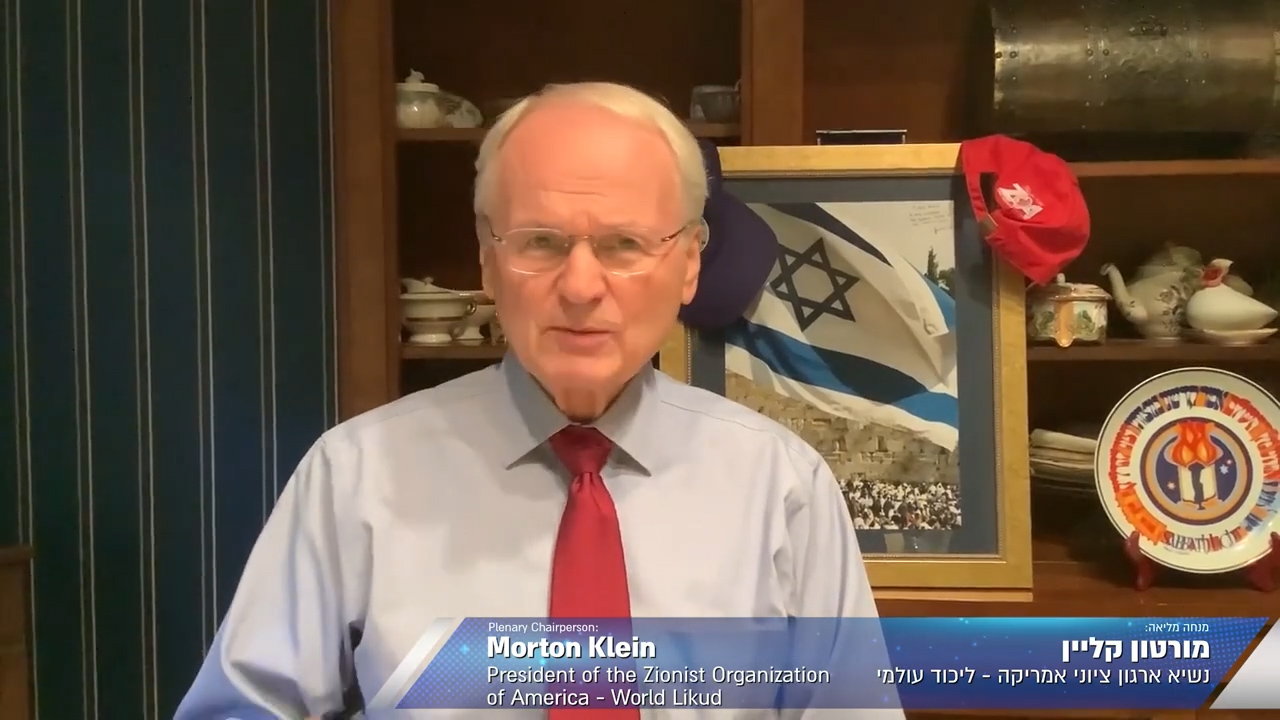 The ZOA is also proud that our national president, Morton A. Klein, gave the inspiring closing plenary speech and then introduced new WZO chair Yaakov Hagoel.

And every ZOA Coalition slate member played a vital part in our successful election efforts.  We love all our coalition members and look forward to continuing to all work together to defend the Jewish people and pro-Israel cause.

ZOA is pleased to congratulate World Likud Chairperson Yaakov Hagoel on his election last night as Chairperson of the World Zionist Organization.  Yaakov is a longtime friend of ZOA, and is an inspiring hard worker who is dedicated to the security and well-being of Israel and the Jewish people throughout the world.

ZOA also congratulates ZOA Coalition members who were elected to the World Zionist Congress Va’ad Hapoel this week:  Liz Berney (re-elected); Rabbi Steven Burg; Valeria Chazin; Mark Levenson; and Anna Peckerman.  We understand that additional members of the ZOA Coalition will be alternates to the Va’ad Hapoel, but we do not have their names yet.

ZOA also congratulates our pro-Israel allies for the gains they made in the World Zionist Congress.

ZOA looks forward to continuing to work with all of our ZOA Coalition slate members, Chairperson Yaakov Hagoel, MK Miki Zohar, and all our allies, over the next five years, for real change at the World Zionist Organization and Israel’s other National Institutions, to defend the Jewish people throughout the world, fight against the emerging and unbridled Israelophobic antisemitism, expose the truth of the Arab/Islamist war against Israel, promote positive Zionist and Jewish education, promote Aliyah, and promote the Jewish people’s rights to the land of Israel, including Judea and Samaria.

Shabbat Shalom to all!

We would love to hear from you! Please fill out this form and we will get in touch with you shortly.
Trending Z
Uncategorized October 23, 2020
ZOA Analysis: Most American Rabbis Who Are Boycotting Some Israeli Ministers Are From Extremist Left Wing Groups (J Street; T’ruah; JVP)
Uncategorized October 23, 2020
ZOA: Israel’s Reasonable Judicial Reform Proposals Are Good for Democracy, the Rule of Law and the Economy
News October 23, 2020
ZOA is Disappointed, Offended and Frightened by 211 U.S. House Votes Supporting Jew-Hating, Israel-Hating Rep. Ilhan Omar
Uncategorized October 23, 2020
Israel’s “Right of Return” Grandparent Clause is De-Judaizing the Jewish State – Eliminate It
Center for Law & Justice
We work to educate the American public and Congress about legal issues in order to advance the interests of Israel and the Jewish people.
We assist American victims of terrorism in vindicating their rights under the law, and seek to hold terrorists and sponsors of terrorism accountable for their actions.
We fight anti-Semitism and anti-Israel bias in the media and on college campuses.
We strive to enforce existing law and also to create new law in order to safeguard the rights of the Jewish people in the United States and Israel.
Our Mission
ZOA STATEMENT
The ZOA speaks out for Israel – in reports, newsletters, and other publications. In speeches in synagogues, churches, and community events, in high schools and colleges from coast to coast. In e-mail action alerts. In op-eds and letters to the editor. In radio and television appearances by ZOA leaders. Always on the front lines of pro-Israel activism, ZOA has made its mark.
Related Articles
OP-ED BY: ZOA Staff ZOA Statement on Proposed Funding Cuts to CUNY