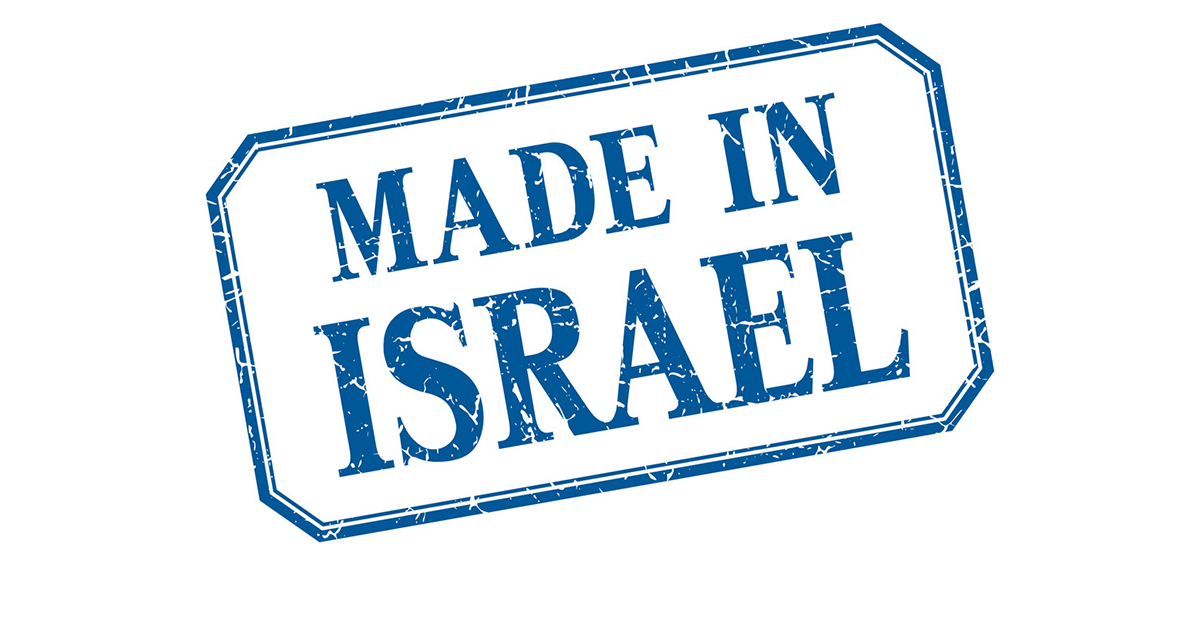 ZOA Supports Sen. Cotton’s Bill to Keep Labeling Goods Made in Judea and Samaria “MADE IN ISRAEL”
News Press Release

The ZOA strongly supports the bill introduced today by Sen. Tom Cotton (R-AR) to prevent the Biden Administration from requiring changes to the country of origin marking of products from the “West Bank and Gaza,” which would impact goods made in Judea and Samaria. Upon passage of this bill, no funds would be available to implement any change in the labeling policy. Businesses in Israel make no distinction about the origin of components for exports, so in addition to wrongly using the name “West Bank” to label some goods produced in Israel, an inefficient and cumbersome process would have to be introduced that would be a burden on Israeli businesses. The bill is co-sponsored by Rick Scott (R-FL), John Boozman (R-AR), Marco Rubio (R-FL), Bill Hagerty (R-TN) and Ted Cruz (R-TX).

“We thank Senator Cotton for taking the lead on this issue. Israel is the moral and historic and legal authority of Judea/Samaria under international law. Jews come from Judea. These historic Jewish areas are home to over 500,000 Jewish Israeli citizens. It is thus necessary and proper to label products made in these areas as ‘Products of Israel.'”

“Extreme anti-Israel, antisemitic groups have been using their influence with the Biden administration to push for a change in the Trump policy, and there is no reason to introduce a strain in the U.S.-Israel trade relationship. The so-called ‘West Bank’ is only a geographical label used to de-Judaize ancient Jewish territory. It is inaccurate to use the term West Bank today for any purpose.”

ZOA urges Senators from both parties to co-sponsor the bill and hopes it will quickly become law.

We would love to hear from you! Please fill out this form and we will get in touch with you shortly.
Trending Z
Uncategorized July 29, 2021
FLASH: ISRAEL-JORDAN PEACE TREATY (1994) GUARANTEES JEWS ACCESS TO THE TEMPLE MOUNT – LET MY PEOPLE PRAY
Uncategorized July 29, 2021
ZOA Analysis: Most American Rabbis Who Are Boycotting Some Israeli Ministers Are From Extremist Left Wing Groups (J Street; T’ruah; JVP)
Uncategorized July 29, 2021
Israel’s “Right of Return” Grandparent Clause is De-Judaizing the Jewish State – Eliminate It
Uncategorized July 29, 2021
Exclusive: ZOA Accuses Ilhan Omar of Hating the U.S. ‘as Much as Israel,’ Lauds Kevin McCarthy for ‘Throwing Her Off the HFAC’
Center for Law & Justice
We work to educate the American public and Congress about legal issues in order to advance the interests of Israel and the Jewish people.
We assist American victims of terrorism in vindicating their rights under the law, and seek to hold terrorists and sponsors of terrorism accountable for their actions.
We fight anti-Semitism and anti-Israel bias in the media and on college campuses.
We strive to enforce existing law and also to create new law in order to safeguard the rights of the Jewish people in the United States and Israel.
Our Mission
ZOA STATEMENT
The ZOA speaks out for Israel – in reports, newsletters, and other publications. In speeches in synagogues, churches, and community events, in high schools and colleges from coast to coast. In e-mail action alerts. In op-eds and letters to the editor. In radio and television appearances by ZOA leaders. Always on the front lines of pro-Israel activism, ZOA has made its mark.
Related Articles
OP-ED Dershowitz: Forward Article is “Most Despicable Ever in Jewish Media”