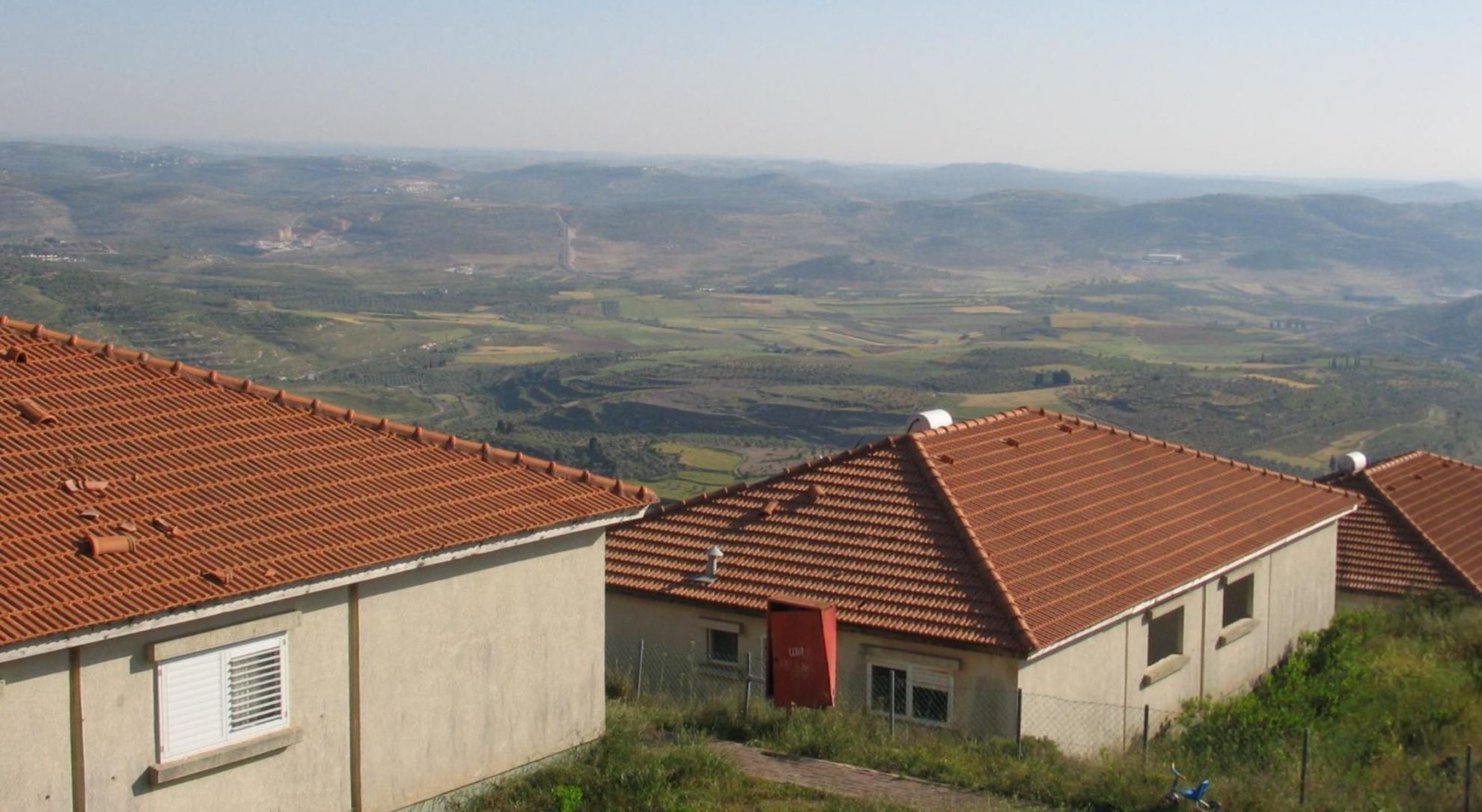 Israeli Justice Minister Gideon Sa’ar also supported keeping the Yeshiva intact, and legalizing it, and correctly stated that removing the yeshiva following the deadly attack on Yehuda Dimentman would send a message rewarding terror and give the attackers an undeserved victory.

But the IDF, Border Police, and the Israeli Civil Administration began razing modular structures at Homesh around the yeshiva, and stopped water containers from getting into Homesh, leaving 70 yeshiva students and four families, including 10 children, without water.

We are informed that the Yeshiva itself is still slated for destruction, and could be destroyed at any time. ZOA urges the Israeli government to not take this mistaken step, and to instead rebuild and legalize Homesh, and other northern Samaria Jewish communities, in memory of Yehuda Dimentman, of blessed memory.

Arab terrorists are being emboldened by Israel’s dangerous appeasement policies, as well as by the Palestinian Authority’s anti-Israel incitement and paying Arabs pensions to murder Jews:

Earlier today, Arab terrorist rioters threw glass bottles and rocks at 20 Jewish high school students who were walking through Jerusalem’s Shimon HaTzaddik neighborhood, injuring several of the students. Yesterday, Arab terrorists threw boulders at 2 buses near Jerusalem, shattering the windshield so that glass flew everywhere. In the past six weeks, there were over 60 such Arab terror attacks in this area.

This month, NGO Regavim’s satellite mapping project revealed that there are now over seventy-two thousand (72,274) illegal Palestinian Arab structures on Israeli land, including 5,097 new illegal structure since 2019, in Area C – the portion of Judea and Samaria legally under Israeli control pursuant to the Oslo accords. The Palestinian Authority is continuing to build 7 new illegal structures per day in Area C, funded by the European Union, on Israeli-owned land, in strategic locations that endanger Jerusalem, Israeli communities in Judea and Samaria and much of the rest of Israel. In addition, the PA has illegally seized over 93 million square meters of Israeli lands for agricultural projects. Notably, there is plenty of empty land in Areas A & B, which are in the Palestinian Authority areas – but the Palestinian Arabs are instead illegally seizing Israel’s lands. This rampant illegal Arab building a disaster that will enable more terror attacks against Jews– but the Israeli government is doing virtually nothing about it.

Why is Israel’s government allowing this massive Palestinian Arab theft of Israel’s lands – while preventing Jewish homes from being built and planning to destroy the yeshiva of a Jewish terror victim?

We would love to hear from you! Please fill out this form and we will get in touch with you shortly.
Trending Z
News December 30, 2021
At ZOA Gala Secy Pompeo Gave the Greatest, Most Pro-Israel Speech Ever Delivered by a Public Official
News December 30, 2021
Dershowitz in Arutz 7: NYC’s Temple Emanu-El Silences a Pro-Israel Voice & Promotes an Anti-Israel Voice
Uncategorized December 30, 2021
Jewish Press: Has Deborah Lipstadt Undercut Both Herself and Future Antisemitism Envoys?
News December 30, 2021
NEW YORK POST: Democratic Leaders’ Shocking Silence Over Attacks on Israel by Fellow Dems
Our Mission
ZOA STATEMENT
The ZOA speaks out for Israel – in reports, newsletters, and other publications. In speeches in synagogues, churches, and community events, in high schools and colleges from coast to coast. In e-mail action alerts. In op-eds and letters to the editor. In radio and television appearances by ZOA leaders. Always on the front lines of pro-Israel activism, ZOA has made its mark.
Center for Law & Justice
We work to educate the American public and Congress about legal issues in order to advance the interests of Israel and the Jewish people.
We assist American victims of terrorism in vindicating their rights under the law, and seek to hold terrorists and sponsors of terrorism accountable for their actions.
We fight anti-Semitism and anti-Israel bias in the media and on college campuses.
We strive to enforce existing law and also to create new law in order to safeguard the rights of the Jewish people in the United States and Israel.
Connect with us
Sign up for our Newsletter