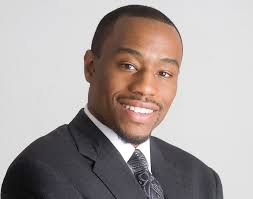 These are frightening times for the Jewish people. Last week, the United Nations General Assembly failed to pass a U.S.-sponsored resolution condemning Hamas – the terror organization that has murdered over 1,000 Jews and whose charter calls for destroying Israel and murdering every Jew – thereby sending a green light to Hamas and the world that it’s okay to murder Jews. Jews are regularly being attacked and murdered all over Europe, Israel and even here in the United States.

This creates an even greater urgency and imperative for the Zionist Organization of America (ZOA) to strongly condemn Temple University’s Board, led by Patrick O’Connor and Mitchell Morgan, as well as president Richard Englert, for refusing to fire or suspend or remove the honorary chair from, or take any significant action against dangerous, antisemitic, radical Muslim, pro-BDS, Farrakhan-loving, Jew-killer praising, Israel-hating, violence-inciting-and-promoting, Stephen Charles Professor Marc Lamont Hill, after Hill repeatedly, to this day, glorifies and defends Palestinian Arab terrorism and violence against innocent civilian Jews as “self-defense,” and defames and calls for the Jewish State’s destruction. Militant Muslim Hill also falsely claimed that American police shoot and kill African Americans because of the training they receive from Israel.

Temple University’s pathetic and inexcusable inaction, the lack of real consequences to Hill, and the Temple Board of Trustees’ inadequate, weak “Statement of Condemnation” on December 11, 2018 – which only mentioned one of Hill’s numerous egregious and frightening statements, ignoring all the others, and merely expressed “disappointment, displeasure, and disagreement with Professor Hill’s comments” – May well promote more anti-Jewish and anti-Israel violence and incitement. Apparently, a university professor can call for violence against Jews and Israel’s destruction – over and over again – with impunity.

ZOA calls on Temple University to take necessary strong action against Hill:  Temple University needs to fire Hill, just as CNN did, or at least remove his Stephen Charles Chair, to begin to restore the university’s reputation as a peaceful, non-hostile university environment for Jewish and pro-Israel students and all students.

Otherwise, there could also be a negative response from potential and present Temple donors as well as students considering applying to Temple.

ZOA further calls for the Temple University Board to obtain some answers – such as: Who paid for Hill’s at least ten trips to the Middle East? What is Hill’s connection with the anti-Israel group Students for Justice in Palestine (SJP) and other anti-Israel hate groups? Was Hill paid for his UN speech, and by whom?

And the Board should insist upon real apologies and retractions from Hill, instead of Hill simply trying to claim that his words didn’t mean what they did mean. Hill should specifically apologize for and retract: his calling Israel’s establishment as a “tragedy and catastrophe”; his praise for antisemite Louis Farrakhan; his call for ending the Jewish State; his blood libel lie that Israelis are poisoning Palestinian Arabs’ water; his praising Jew-killers by name; his calls for violent tactics; his promoting Arab violent terrorism as “self-defense” and “resistance” – and all of Hill’s other statements described in this article.

Several reports and Congressional testimony have documented that Students for Justice in Palestine is funded by Hamas’s funders, advocates for violence and engages in outright violent attacks on Jewish students on U.S. college campuses.  The recent Jerusalem Center for Public Affairs report explains that SJP seeks “to isolate, demonize, and ultimately destroy” Israel with the help of terror-linked financial and ideological supporters, and lists multiple instances of SJP members targeting American Jewish students for “anti-Semitic vandalism, verbal attacks, and outright violence.”  Brandeis University and the monitoring group AMCHA Initiative studies “found a correlation between the presence of SJP and a rise in campus anti-Zionism and anti-Semitism.”

Temple SJP’s Facebook pages reveal that Temple SJP “combats anti-normalization” (that means they oppose any normal contact and interaction with Jews and Jewish groups); promotes the Hamas “March of Return” (the violent Hamas riots and attempts to invade Israel to murder Jews); promotes terrorist Ahed Tamimi; promotes “resistance” (violence); and on and on.

Temple University’s statement failed to mention Hill’s long record of promoting anti-Jewish violence and the Jewish State’s destruction, parroting the words of terror groups:The Temple University board statement only mentioned one of Hill’s egregious statements: Hill’s call, during his November 28 speech at the United Nations International Day of Solidarity with the Palestinian People, for “Free Palestine from the river to the sea.” This is the well-known chant for the violent destruction of all of Israel.

Significantly, the Temple Univ. Board’s statement ignored the rest of Hill’s long, horrifying record of promoting anti-Jewish blood libels, anti-Israel violence, and Israel’s destruction – including additional statements in the same UN speech and elsewhere.  Hill’s statements parrot those of terrorist groups Hamas, PFLP, and Fatah. If the Board had described more of Hill’s record, it would have been blatantly obvious that Temple University needs to fire Hill. Hill’s hateful, frightening, violence-promoting record includes the following:

In other words, Hill was declaring that Palestinian Arab terrorism isn’t terrorism. This, like Hill’s other statements, is a major “line” of anti-Israel terror groups Hamas, PFLP and Fatah.

As the Algemeiner sarcastically noted:  “Obviously, it’s appallingly presumptuous of Israelis to define it as “terrorism” when Palestinians murder and maim civilians who are having pizza for lunch, who celebrate Passover or attend services in a synagogue, who ride a bus, go out for dinner and entertainment, or just go to sleep in their bed at home. And, of course, it’s also terribly presumptuous of those Israelis to call it “hatred” when the murderous perpetrators of such attacks are celebrated by Palestinians as heroes — heroes who get handsomely paid and have buildings or events named in their honor.  After all, who on earth would think of “hatred and terrorism” when the Gaza-based Wa’ed Band for Islamic Art produces a cute cartoon clip “depicting Israelis trembling in fear and fleeing the country,” while the band’s great musicians sing: “My rockets long for you, and they will rain down on you; … I’m coming for you with a gun, or with an axe and a knife — or I could run over you with my car.”  Hatred and terrorism?  Nope. Just “Islamic Art” illustrating what “Palestinian resistance to settler-colonialism” is all about, right, Professor Hill?”  (See “Yes, Marc Lamont Hill Is an Antisemite,” by Petra Marquardt-Bigman, Algemeiner, May 17, 2017)

In other words, Hill has engaged in a longstanding pattern of making repeated antisemitic defamatory statements calling for Israel’s destruction and promoting violence against Jews – both before and after CNN fired Hill.

Calling for violence and Israel’s destruction endangers lives: On Sunday (Dec. 10), there was a stark reminder of the real-life consequences of failing to strongly confront antisemitic incitement to violence:  Palestinian Arab terrorists shot seven innocent Israeli Jews waiting at a bus stop, including critically shooting a pregnant Jewish woman in the stomach, her husband, and two young girls. Heartbreakingly, the critically injured pregnant woman’s baby – who was delivered prematurely after the shooting – died soon afterwards.  This is Palestinian Arab “resistance”: murdering innocent Jewish babies.  Hamas and Fatah have murdered and maimed thousands of innocent Jews.  Christians also continue to be targeted by the same sort of radical Islamist violence: On December 11, at the Christmas market in Strasbourg, France, Islamist Cherif Chekatt shot and killed 5 innocent civilians, and wounded 12, while screaming “Allahu Akbar.”

Allowing Hill to remain on staff at Temple University and to hold the prestigious Steve Charles Endowed Chair sends an appalling message to Jewish and pro-Israel students and faculty.  It sends a dangerous message to haters of Jews and Israel, promoting violence.  To rehabilitate Temple’s good name and stand up against antisemitism on campus, Hill should be removed from his position.

Freedom of speech does not include freedom to call for murder or violence against Jews, to call for the destruction of a sovereign Jewish State, or to promote and teach vile, outright falsehoods against Israel and the Jewish people.

We would love to hear from you! Please fill out this form and we will get in touch with you shortly.
Trending Z
News December 19, 2018
ZOA Condemns U.S. State Dept. & U.S. Amb. Nides For Siding with Antisemitic, Discriminatory Palestinian & Hamas Terrorists re: the Temple Mount, Violating Jews’ Religious Freedom
Uncategorized December 19, 2018
FLASH: ISRAEL-JORDAN PEACE TREATY (1994) GUARANTEES JEWS ACCESS TO THE TEMPLE MOUNT – LET MY PEOPLE PRAY
Uncategorized December 19, 2018
ZOA Analysis: Most American Rabbis Who Are Boycotting Some Israeli Ministers Are From Extremist Left Wing Groups (J Street; T’ruah; JVP)
Uncategorized December 19, 2018
Israel’s “Right of Return” Grandparent Clause is De-Judaizing the Jewish State – Eliminate It
Center for Law & Justice
We work to educate the American public and Congress about legal issues in order to advance the interests of Israel and the Jewish people.
We assist American victims of terrorism in vindicating their rights under the law, and seek to hold terrorists and sponsors of terrorism accountable for their actions.
We fight anti-Semitism and anti-Israel bias in the media and on college campuses.
We strive to enforce existing law and also to create new law in order to safeguard the rights of the Jewish people in the United States and Israel.
Our Mission
ZOA STATEMENT
The ZOA speaks out for Israel – in reports, newsletters, and other publications. In speeches in synagogues, churches, and community events, in high schools and colleges from coast to coast. In e-mail action alerts. In op-eds and letters to the editor. In radio and television appearances by ZOA leaders. Always on the front lines of pro-Israel activism, ZOA has made its mark.
Related Articles
OP-ED BY: Morton A. Klein ZOA: Iran Pres. Rouhani’s Boasting of Deceiving West on Iran’s Nuclear Weapons Program Underscores the Fraudulence of his Moderate Image