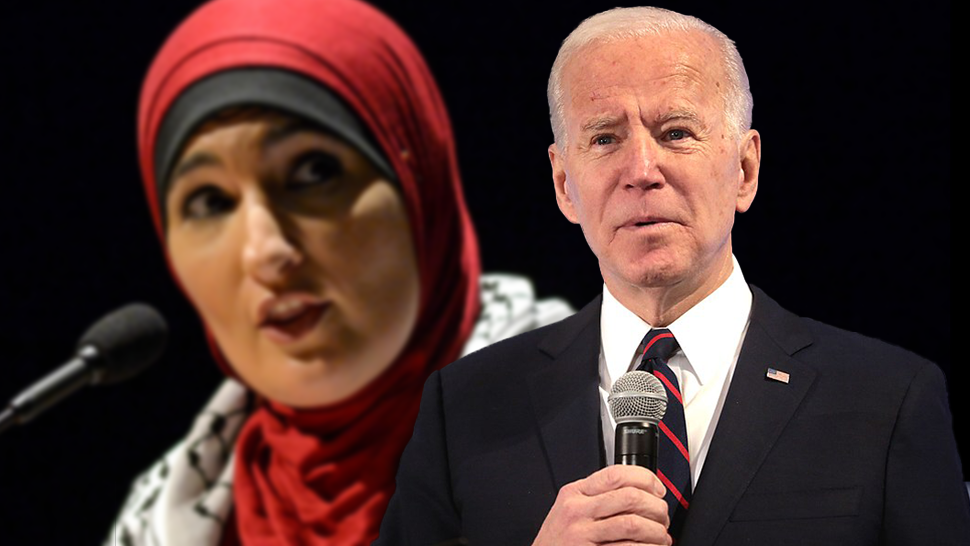 ZOA: Biden Must Retract Apology to Jew-Hating, Israel-Hating Sarsour, and Disassociate From Her
News Press Release

According to Middle East Eye, which obtained a tape of the Biden officials’ meeting this past Sunday (August 23) with Muslim groups:

Biden adviser Sanders also called Bates’ criticism and disavowal of Sarsour an “egregious misstep” and profusely apologized, saying: “That’s not how we do business. . . . We are not in the business of condemning people and large swathes of the community, absolutely not. . . . And we are just not going to try and do better going forward, we are going to do better going forward. This will not be a situation that will happen again. . . . I dropped the ball on it, and I take responsibility for that, and I regret that.”

VP Joe Biden should be apologizing to the Jewish community – not to Islamic radicals. VP Biden has still failed to apologize for appearing alongside Jew-haters and virulent Israel-bashers Linda Sarsour, Ilhan Omar, MPAC’s Salam Al-Marayati and CAIR’s Nihad Awad at the “Million Muslim Votes Summit” in July. Biden has also failed to retract his pledges, at this Muslim Summit and in a written statement to the summit organizers, to enact a plethora of radical Islamist policies and to bring these groups into decision-making positions in his administration. (See list at “ZOA to Biden: Apologize for Joining Jew-Haters Linda Sarsour, Rep. Omar, Salam Al-Marayati, Nihad Awad at ‘Muslim Summit’,” July 23, 2020.)

In addition, Biden failed to apologize for reciting a Hadith from the Prophet Muhammed extolling violent jihad, at the Muslim Summit alongside Sarsour, etc. (See “ZOA to Biden: Apologize/Retract Your Reciting Hadith Extolling “Sharia Vigilantism” & Violent Jihad at Muslim Votes Summit,” Aug. 17, 2020). Yet, Biden ignored ZOA’s and others’ demands that Biden needs to apologize for at least inadvertently promoting violent jihad. ZOA again urges Biden to apologize for this.

JNS editor-in-chief Jonathan Tobin warned yesterday that Biden’s officials’ “double-talk . . . give[s] the lie to the claims that Biden opposes anti-Semitism. . . . Jews and pro-Israel Democrats can’t claim they weren’t warned.  While they are getting lip service from Biden’s surrogates, they are also getting double-crossed by them. Instead of drawing a bright line between a well-known antisemite and the man currently leading in the polls to become the next president, Democrats . . . are making direct assurances that the White House door will be open to [Jew-haters like Sarsour] next January.” (“Biden Can’t Have it Both Ways on Sarsour and Anti-Semitism,” by Jonathan S. Tobin, JNS, Aug. 24, 2020.)

We would love to hear from you! Please fill out this form and we will get in touch with you shortly.
Trending Z
Op-Ed August 25, 2020
Israel National News: Jonathan Pollard – Israel is Heading to Disaster
Op-Ed August 25, 2020
My Disturbing Encounter With the Harvard Crimson Regarding its Publication of a Blood Libel Against Israel and My Efforts to Refute it
News August 25, 2020
ZOA Condemns Biden’s Appointment of Another Israel-Basher Karine Jean-Pierre as Press Secretary
News August 25, 2020
ZOA Urges NY Museum of Jewish Heritage to Apologize/Retract Their Disgraceful Canceling Great Friend of Israel and the Jewish People, Governor Ron DeSantis
Center for Law & Justice
We work to educate the American public and Congress about legal issues in order to advance the interests of Israel and the Jewish people.
We assist American victims of terrorism in vindicating their rights under the law, and seek to hold terrorists and sponsors of terrorism accountable for their actions.
We fight anti-Semitism and anti-Israel bias in the media and on college campuses.
We strive to enforce existing law and also to create new law in order to safeguard the rights of the Jewish people in the United States and Israel.
Our Mission
ZOA STATEMENT
The ZOA speaks out for Israel – in reports, newsletters, and other publications. In speeches in synagogues, churches, and community events, in high schools and colleges from coast to coast. In e-mail action alerts. In op-eds and letters to the editor. In radio and television appearances by ZOA leaders. Always on the front lines of pro-Israel activism, ZOA has made its mark.
Related Articles
OP-ED ZOA to UPenn: Upcoming Anti-Israel Program Promotes Ugly Lies – Invite Pro-Israel Speaker

VIA EMAIL Professor Firoozeh Kashani-Sabet Director, University of Pennsylvania’s Middle East Center 228 Fisher-Bennett Hall, 3340 Walnut Street Philadelphia, PA 19104-6203   Dear Professor Kashani-Sabet: We write on behalf of the Zionist Organization of America (ZOA), the oldest and one of the largest pro-Israel organizations in the U.S., whose mission includes fighting anti-Semitism and anti-Israel bias […]