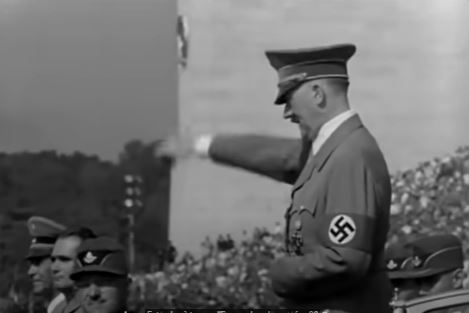 Note:  ZOA does not endorse or reject political candidates.

Harris Repeats Biden-Harris Anti-Israel Promises:  Meanwhile, Senator Kamala Harris just appeared at the Arab-American community in Dearborn, MI – and reiterated Biden’s and Harris’ dangerous promises to restart sending U.S. taxpayer dollars to the Palestinian Authority (PA) – an unlawful move which will facilitate the PA to continue paying $400 million per year to Arab terrorists to murder Jews and Americans.  Heaping injury upon injury, Harris also reiterated Biden’s and Harris’ promises to reopen the unlawful PLO Mission in Washington, D.C.; re-open the separate consulate in Jerusalem for Palestinian Arabs – a dangerous insult to Israel; push for creating a (terrorist) Iran-proxy Palestinian state on land to which Israel is entitled; and oppose the building of Jewish homes on lawful Jewish lands.  These Biden-Harris policies endanger every Jew and American.  (See “Stuart Force, Whose Son Taylor Was Murdered by a Palestinian Who Will Now Receive a Pension Urges Joe Biden: Don’t Resume Funding Terrorist Palestinian Regime.”)

It is also offensive that Biden and the Jewish Democratic Council of America previously used this horrific and offensive Nazi analogy.  (See “ZOA to Biden & Jewish Democratic Council of America: Apologize/Retract Offensive/False Analogy of Trump to Nazis,” Sept. 29, 2020.)  Others, including the Wiesenthal Center and even the ADL, also demanded a retraction of this analogy.

President Trump also promptly ordered the top-priority civil rights investigation that led to the conviction of the Charlottesville murderer; signed and announced his support of the Charlottesville Joint Resolution (S.J. Res. 49) which specifically “reject[ed] white nationalists, white supremacists, the Ku Klux Klan, neo-Nazis, and other hate groups.” And much more.

In his speeches, articles, tweets and publicized church sermons, Barber portrays opposing Israel and America as “moral” imperatives.  Barber falsely claims that there is an “intersectional” connection between racism and Israeli “militarism”; that U.S. aid to Israel “enables the [IDF] to continue its violations against Palestinian rights,” strengthens Netanyahu’s “warmongering” and “occupation”; that all casualties are Palestinian and not a single Israeli has been killed; that Palestinian attacks and Intifadas are peaceful protests; and that Israel targets civilians and children.

Barber also viciously attacks America.  Barber accuses America of “xenophobia”; asserts that all U.S. wars are “against black and brown countries, period”; denies that radical Islamic terrorism is a problem; and instead he flatly asserts: “Terror is one of America’s exports. . . . The greatest terrorist attacks in history have American fingerprints on them.”

(See e.g., “The Necessity of Moral Resistance in the Face of Militarism” – Barber’s 2018 sermon at NY Ave. Presbyterian Church; and “The Misdiagnosis of Terrorism,” by Rev. William J. Barber II.)  Barber also spoke at the 2020 Democratic convention, and is a top recipient of the Soros Open Society Foundations’ recently announced $220 million in grants for (antisemitic) BLM groups.

It is not too late for Biden-Harris to immediately retract and apologize for their ad and their anti-Israel promises.

We would love to hear from you! Please fill out this form and we will get in touch with you shortly.
Trending Z
Uncategorized November 1, 2020
ZOA Analysis: Most American Rabbis Who Are Boycotting Some Israeli Ministers Are From Extremist Left Wing Groups (J Street; T’ruah; JVP)
Uncategorized November 1, 2020
ZOA: Israel’s Reasonable Judicial Reform Proposals Are Good for Democracy, the Rule of Law and the Economy
News November 1, 2020
ZOA is Disappointed, Offended and Frightened by 211 U.S. House Votes Supporting Jew-Hating, Israel-Hating Rep. Ilhan Omar
Uncategorized November 1, 2020
Israel’s “Right of Return” Grandparent Clause is De-Judaizing the Jewish State – Eliminate It
Center for Law & Justice
We work to educate the American public and Congress about legal issues in order to advance the interests of Israel and the Jewish people.
We assist American victims of terrorism in vindicating their rights under the law, and seek to hold terrorists and sponsors of terrorism accountable for their actions.
We fight anti-Semitism and anti-Israel bias in the media and on college campuses.
We strive to enforce existing law and also to create new law in order to safeguard the rights of the Jewish people in the United States and Israel.
Our Mission
ZOA STATEMENT
The ZOA speaks out for Israel – in reports, newsletters, and other publications. In speeches in synagogues, churches, and community events, in high schools and colleges from coast to coast. In e-mail action alerts. In op-eds and letters to the editor. In radio and television appearances by ZOA leaders. Always on the front lines of pro-Israel activism, ZOA has made its mark.
Related Articles
OP-ED ZOA Praises Pres-Elect Bolsonaro for Vowing to Move Brazilian Embassy to Jerusalem