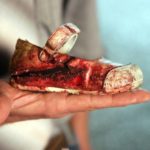 The Zionist Organization of America (ZOA) is opposing Israeli plans to free 104 Palestinians jailed by Israel before the 1993 Oslo Accords for involvement in terrorist attacks and the murder of Israeli civilians. Reports indicate that the terrorists are to be freed in four batches during Israeli/Palestinian talks that are supposed to resume, in part, […] 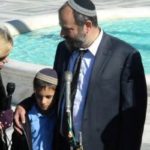 The Zionist Organization of America (ZOA) is deeply disappointed by the decision of the U.S. Court of Appeals for the District of Columbia, issued on July 23, 2013, refusing to uphold the right of American citizens born in Jerusalem to have Israel listed as their birthplace on their passports and other official documents.  Congress conferred […] 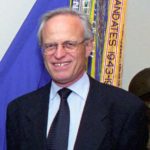 The Zionist Organization of America (ZOA) has expressed deep concern and opposition to the potential appointment of Martin Indyk as U.S. chief negotiator for Israeli/Palestinian peace talks. The ZOA — in the past and again now — has pointed to a detailed troubling record of Indyk ignoring and whitewashing Palestinian Authority (PA) promotion of terrorism and incitement to […]

Mahmoud Abbas’ Fatah-controlled Palestinian Authority (PA) has held a military funeral honoring as a hero Ahmed Jbarra, known by his nom de guerre, Ahmed Abu al-Sukkar, a terrorist who murdered 13 Jews and wounded and maimed another 60  in the July 4, 1975 ‘refrigerator bombing’ in Jerusalem’s Zion Square. This latest episode of obscenely honoring a […] 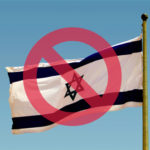 The Zionist Organization of America (ZOA) has condemned the European Union (EU) for issuing new racist directives this week that state that any Israeli entity that wishes to apply for a “grant, prize or financial instrument” from the EU must first submit a declaration stating that it has no direct or indirect links with Judea, Samaria, […] 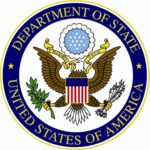 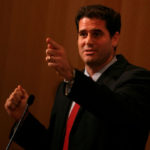 ZOA national president Morton A. Klein said, “ZOA welcomes the appointment of Ron Dermer as the new Israeli Ambassador to the United States. I am proud to say that I have known Ron Dermer for many years; he is one of the most brilliant, eloquent, and wise spokesmen for Israel I have ever known or heard. […] 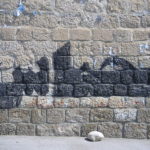 The Zionist Organization of America (ZOA) has expressed alarm at reports that U.S. officials have conducted “direct meetings” with Hamas leaders, contrary to long-standing U.S. policy to have no relations with Hamas, the recognized terrorist group which calls in its Charter for the destruction of Israel (Article 15) and the global murder of Jews (Article […] 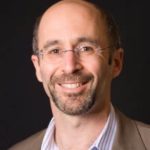 The ZOA has expressed concern at rumors that President Barack Obama is intending to appoint to his foreign policy team Robert Malley, an advocate of U.S. recognition of major, unreconstructed terrorist groups Hamas and Hizballah, and proponent of containment of Iran, not preventing them from attaining nuclear weapons. Rumor has been circulating that Malley, a […] 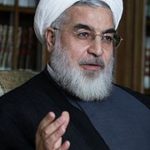