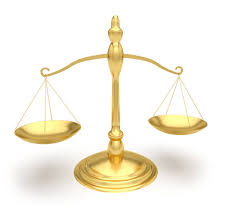 The New Jersey Jewish News (NJJN) recently published two columns that criticized and raised unwarranted concerns about using Title VI of the Civil Rights Act to protect Jewish students from anti-Semitic harassment and discrimination. The columns were written by Martin Raffel, a regular NJJN columnist who used to be the senior vice president of the Jewish Council for Public Affairs (JCPA).

The NJJN published the ZOA’s op-ed strongly disagreeing with Raffel’s first column, without suggesting a single substantive change. The NJJN would not publish a ZOA op-ed responding to Raffel’s second column. It published a letter instead, but omitted key parts.

We believe that the community is entitled to read the ZOA’s letter in its entirety. Here it is:

In Martin Raffel’s columns about using Title VI of the Civil Rights Act to protect Jewish students from anti-Semitic harassment and discrimination, he described Title VI as a “blunt instrument [that] ought to be deployed only as a last resort.” He suggested that Title VI is being misused to silence free speech.

Raffel’s views encourage anti-Semites, who will interpret his views as a reluctance and a fear within the Jewish community to fight campus anti-Semitism fiercely, with every legal tool available to us.

When we pointed out that Raffel’s views mirror the message that the Jewish Council for Public Affairs (JCPA) sent in 2011, when he worked there, Raffel objected. He claimed that his job at the JCPA did not involve Title VI and “only extended to international issues.” That claim is false. We’ll explain.

In 2011, before the Zionist Organization of America (ZOA) filed its Title VI action against Rutgers University, we wrote to the university’s president, detailing the anti-Semitic harassment and discrimination that Jewish students were enduring. The ZOA recommended several steps that Rutgers should consider taking to comply with its legal obligations under Title VI, including publicly labeling and condemning acts of anti-Semitism on campus, and meeting with Jewish students to listen to their concerns and working together on solutions. Not a single one of our recommendations involved restricting anyone’s free speech.

When Jewish communal leaders learned about and considered ZOA’s letter, it was Martin Raffel – Senior Vice President of the JCPA – who weighed in on the JCPA’s behalf. Raffel rebuffed an invitation to contact the ZOA to learn more about the problems, fears and concerns that Jewish students had reported to us. Raffel rebuffed working on a unified strategy with ZOA, which might have encouraged the university to finally address the serious anti-Semitism on campus. The university didn’t address it, which led to the ZOA filing a student-backed Title VI complaint with the Office for Civil Rights (OCR) in July 2011.

Shortly thereafter, Raffel’s JCPA considered adopting a harmful resolution that would place limits on Jewish students’ use of Title VI – beyond what the law required — when they were subjected to anti-Semitism on their campuses. JCPA’s resolution contained standards for using Title VI that were even stricter than what is required by OCR, the federal agency that enforces Title VI. In a letter to JCPA’s board of directors, the ZOA urged them to reject the draft resolution, for the same reasons we disagreed with Raffel’s recent columns: No one should put arbitrary restrictions on when victims of anti-Semitic harassment and discrimination may seek legal redress. The resolution was discussed at an October 2011 JCPA meeting, at which Raffel played a leading role.

Raffel now alleges that the JCPA’s harmful resolution was widely praised. But the truth is, even member organizations of the JCPA disagreed with it – including the Jewish Community Relations Council of Northern New Jersey, whose community included many Jewish students at Rutgers – for precisely the same reasons ZOA opposed it then and disagrees with Raffel now.

The ZOA works closely with college students. We are acutely aware of the growing anti-Semitism many of them face on their respective campuses, including vicious anti-Israelism and anti-Zionism that are a mask for Jew-hatred, plain and simple.

Raffel’s views send a demoralizing message to these Jewish students – that they, unlike other victims of harassment and discrimination, should not fully avail themselves of their legal rights and remedies under Title VI. Raffel’s views also encourage anti-Semites, who will interpret his views as a reluctance and a fear within the Jewish community to fight campus anti-Semitism fiercely, with every legal tool available to us.

We can’t allow that to happen. We urge Jewish students and the Jewish community to reject Raffel’s views about Title VI. We must support Jewish students’ absolute right and prerogative to use Title VI to fight the vile anti-Semitic harassment and discrimination they are enduring on campuses across the country.

We would love to hear from you! Please fill out this form and we will get in touch with you shortly.
Trending Z
Uncategorized November 30, 2018
FLASH: ISRAEL-JORDAN PEACE TREATY (1994) GUARANTEES JEWS ACCESS TO THE TEMPLE MOUNT – LET MY PEOPLE PRAY
Uncategorized November 30, 2018
ZOA Analysis: Most American Rabbis Who Are Boycotting Some Israeli Ministers Are From Extremist Left Wing Groups (J Street; T’ruah; JVP)
Uncategorized November 30, 2018
Israel’s “Right of Return” Grandparent Clause is De-Judaizing the Jewish State – Eliminate It
Uncategorized November 30, 2018
Exclusive: ZOA Accuses Ilhan Omar of Hating the U.S. ‘as Much as Israel,’ Lauds Kevin McCarthy for ‘Throwing Her Off the HFAC’
Center for Law & Justice
We work to educate the American public and Congress about legal issues in order to advance the interests of Israel and the Jewish people.
We assist American victims of terrorism in vindicating their rights under the law, and seek to hold terrorists and sponsors of terrorism accountable for their actions.
We fight anti-Semitism and anti-Israel bias in the media and on college campuses.
We strive to enforce existing law and also to create new law in order to safeguard the rights of the Jewish people in the United States and Israel.
Our Mission
ZOA STATEMENT
The ZOA speaks out for Israel – in reports, newsletters, and other publications. In speeches in synagogues, churches, and community events, in high schools and colleges from coast to coast. In e-mail action alerts. In op-eds and letters to the editor. In radio and television appearances by ZOA leaders. Always on the front lines of pro-Israel activism, ZOA has made its mark.
Related Articles
OP-ED BY: Morton A. Klein ZOA: Iran Pres. Rouhani’s Boasting of Deceiving West on Iran’s Nuclear Weapons Program Underscores the Fraudulence of his Moderate Image