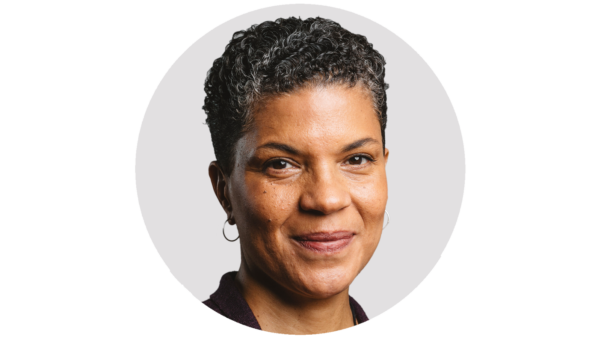 The Zionist Organization of America (ZOA) has condemned New York Times columnist Michelle Alexander for her ignorant and vicious attack on Israel in her weekend column (‘Time to Break the Silence on Palestine,’ New York Times, January 19, 2019), in which she falsely invoked the memory of Rev. Dr. Martin Luther King (1929-1968) to justify her assault on Israel when Rev. Dr. King was in fact a strong and principled supporter of Israel and opponent of anti-Semitism dressed up as anti-Zionism.

Ms. Alexander scandalously asserts the false notion that Israel has ‘adopted some practices reminiscent of apartheid in South Africa and Jim Crow segregation in the United States.’ To brand Israel an apartheid state is a vicious insult to those who suffered under Apartheid.

For the record and for Ms. Alexander’s edification, the following were Rev. Dr. King’s views on Zionism and Israel, in his own words:

(The extraordinarily high regard in which Martin Luther King is held across the political spectrum has led to efforts by unscrupulous anti-Israel bigots to cast doubt on his pro-Zionist and pro-Israel statements. Indeed, a fraudulent pro-Israel King quotation and reference was invented, undoubtedly by an anti-Israel activist who hoped to discredit supporters of Israel who might thereafter cite to it, but that fact does not invalidate or discredit Dr. King’s verified statements of support for Israel and Zionism or his trenchant criticisms of the veiled anti-Semitism he perceived to lie behind some criticisms of Israel. Nor do the more recent efforts made by anti-Zionists to cast doubt on Dr. King ever having been in Cambridge, Massachusetts, in October 1967 and thus asserting that he never uttered his famous statement, “When people criticize Zionists, they mean Jews. You’re talking anti-Semitism!” (For a detailed discussion demonstrating the veracity of  Dr. King’s presence in Cambridge, Massachusetts, on October 27, 1967 and having uttered this statement and of the efforts of Israel-haters to cast doubt on it having been made, see Martin Kramer, ‘In the Words of Martin Luther King,’ in Martin Kramer, The War on Error: Israel, Islam, and the Middle East (New Brunswick, NJ: Transaction, 2016), pp. 253-67); and a shorter version, ‘In the Words of Dr. Martin Luther King,’ Sandbox, March 12, 2012. Ms. Alexander either did not fully read this chapter in the Kramer book, or failed to understand it, as her assertion that “The evidence regarding King’s views on Israel is complicated and contradictory,” citing the Kramer chapter as support of her assertion, is clearly mistaken. On the evidence, Rev. Dr. King cared for the welfare of all peoples as well as being a strong and principled supporter of Israel).

“Israel withdrew from 85% of Gaza in 1994 and the remainder in 2005, removing every living and dead Israeli from Gazan soil. Israel also evacuated over 40% of the West Bank and almost all Palestinian population areas, with the result that 98% of Palestinian Arabs today live under their own rule, with their own legislature, TV, radio, newspapers, websites, courts, businesses, army, police, universities and schools.

“Ms. Alexander also scandalously asserts the false notion that Israel has ‘adopted some practices reminiscent of apartheid in South Africa and Jim Crow segregation in the United States.’ This is a contemptible charge. There is no remotely valid comparison to be made between Israel and apartheid-era South Africa.

“Apartheid South Africa was a white minority regime which did not permit those classified as black to vote, or even to use the same post offices, banks, parks, beaches and public toilets as whites. Blacks could not be treated in the same hospitals as whites; an injured black man would be left to die if a non-white ambulance wasn’t available to transport him to a hospital for non-whites. In stark contrast, Israeli Arabs have always enjoyed the right to vote, have always sat in the Knesset and on the bench of Israel courts, including the highest, the Supreme Court. Arabs attend the same universities, use the same banks and post offices, ride the same buses, bathe at the same pools and beaches, and practice medicine and are treated in the same hospitals as Jewish Israelis.

“To brand Israel an apartheid state is a vicious insult to those who suffered under Apartheid while also appallingly dishonest in ignoring, as Ms. Alexander does, the crimes and abuses of Mahmoud Abbas’ dictatorial, pro-terror, anti-peace Palestinian Authority (PA), a regime that refuses to recognize Israel as a Jewish state, has repeatedly said that it will not allow a single Jew to remain within its borders if and when a Palestinian Arab state is established. At no time has the PA or the Palestinian Arab society in general accepted the legitimacy and permanence of Israel as a Jewish state.

“Ms. Alexander asserts that it is possible to be critical of Israel’s policies without being anti-Semitic, which of course is true. But if she only attacks the Jewish State and not true human rights nightmares in Syria, Sudan, Yemen, etc- it’s clear she’s anti-Semitic. If she believes that endorsing vicious Palestinian Arab defamations of Israel and false narratives of ethnic cleansing and racism by Israel is somehow distinct from anti-Semitism, it is pertinent to cite the words of London Times columnist, Melanie Phillips, who wrote this week about a similar tendency to be found in the British Labour Party and the non-reportage in the Western media of the PA jailing a Palestinian Arab for selling property to Jews:

‘To this mindset, it cannot be the case that the Palestinians are profound anti-Semites who won’t even sell a Jew a house and will jail for life any of their own who dares do so; because the Palestinians are the victims of colonialist oppression and so are morally pure.

To this mindset, it cannot be the case that the Israelis have law, history and morality on their side on the grounds that they alone are the extant indigenous people of the land, that they are the only people for whom Israel was ever their national home and that they are the historic and present victims of Arab and Muslim colonialist and illegal aggression. No, to this mindset it must be the case that the Israelis are racist and criminal because the Palestinians say this is so and the Palestinians never lie because they are the victims of colonialist and illegal oppression and therefore as victims they are morally pure. And it must also be the case because progressives in the West who support them have always been noble, decent people who have always fought racism and anti-Semitism and stood up against evils such as colonialist aggression and abuses of power and racist ethnic cleansing. And if the Palestinian Arabs were not morally pure, the western progressives who support them wouldn’t be morally pure either. And that’s simply impossible, isn’t it?’

We would love to hear from you! Please fill out this form and we will get in touch with you shortly.
Trending Z
Uncategorized January 22, 2019
ZOA Analysis: Most American Rabbis Who Are Boycotting Some Israeli Ministers Are From Extremist Left Wing Groups (J Street; T’ruah; JVP)
Uncategorized January 22, 2019
ZOA: Israel’s Reasonable Judicial Reform Proposals Are Good for Democracy, the Rule of Law and the Economy
Uncategorized January 22, 2019
Israel’s “Right of Return” Grandparent Clause is De-Judaizing the Jewish State – Eliminate It
News January 22, 2019
ZOA is Disappointed, Offended and Frightened by 211 U.S. House Votes Supporting Jew-Hating, Israel-Hating Rep. Ilhan Omar
Center for Law & Justice
We work to educate the American public and Congress about legal issues in order to advance the interests of Israel and the Jewish people.
We assist American victims of terrorism in vindicating their rights under the law, and seek to hold terrorists and sponsors of terrorism accountable for their actions.
We fight anti-Semitism and anti-Israel bias in the media and on college campuses.
We strive to enforce existing law and also to create new law in order to safeguard the rights of the Jewish people in the United States and Israel.
Our Mission
ZOA STATEMENT
The ZOA speaks out for Israel – in reports, newsletters, and other publications. In speeches in synagogues, churches, and community events, in high schools and colleges from coast to coast. In e-mail action alerts. In op-eds and letters to the editor. In radio and television appearances by ZOA leaders. Always on the front lines of pro-Israel activism, ZOA has made its mark.
Related Articles
OP-ED ACTION ALERT: ZOA: Durham, NC City Council Must Rescind Its Discriminatory, False Statement Libeling Israel/Banning Police Training with Israel

The Zionist Organization of America (ZOA) has deplored recent developments in Chile, in which the Chilean Jewish community finds itself under attack for supporting Israel. Chile, a country with large number of groups from other countries, has a Jewish population of about 20,000. It also has a Palestinian Arab community of about 400,000, which is […]