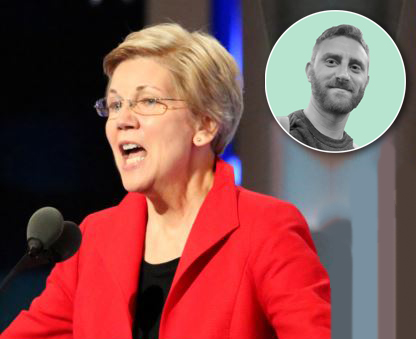 Disclaimer: This release is not intended as an endorsement or rejection of any candidate for public office. The ZOA does not endorse candidates.

The term “occupation” is also a fallacious Orwellian myth, because “occupation” means that the “occupier” stole another state’s sovereign land. When Israel captured Judea/Samaria in a defensive war in 1967, it was no one’s sovereign land. It was illegally occupied by Jordan from 1948-67. There was never a Palestinian state in Israel, Judea/Samaria (a.k.a. the West Bank) and/or Jerusalem. There was never a Palestinian State, no Palestinian Kings and Queens. In fact, Judea/Samaria and the eastern portion of Jerusalem were and are land lawfully designated for the Jewish state under the Mandate and international law.

Further, in 2005, Israel withdrew from all of Gaza. 98% of the Palestinian Arabs now live in areas governed by the Palestinian Authority (PA); with their own Parliament, schools, textbooks, media, courts, and governing institutions.

Yet, disgracefully and hatefully, “IfNotNow” calls the Jewish presence in the Jewish homeland “violent,” “deadly,” “a nightmare,” and “morally indefensible.” Self-described dove Eric Yoffie, former president of the Union for Reform Judaism, noted in a Haaretz op-ed (4/24/18), that “IfNotNow” has no position on whether a Jewish state should exist. Yoffie asked: “If NotNow is so noisy about the occupation. Why is it so quiet about Israel’s right to exist?”

Among other stunts, “IfNotNow” recited “Kaddish” (the Jewish mourning prayer) for the Hamas and Palestinian Islamic Jihad terrorists who were killed while trying to breach the Gaza border to murder innocent Jewish civilians. On July 29, 2014, Berger tweeted about participating in such a “beautiful” sit-in and “Kaddish action” at the offices of the Conference of Presidents of Major Jewish Organizations. Berger and other IfNotNow members were arrested for refusing to leave the building, and have staged sit-ins at other Jewish organizations’ premises.

In February 2019, Max Berger published an op-ed in “Think Progress” entitled “American Jews must Stand with Ilhan Omar,” in which Berger absurdly claimed that “Omar is the kind of leader America — and the American Jewish community — needs” and that “the substance of her [Omar’s] remarks was absolutely accurate.”

Omar’s false claims, that Israel is “evil” and that Jewish money buys Congress, are neither “absolutely accurate” nor accurate at all. In fact, Congress supports Israel because it is the moral thing to do, and because America and Israel are democratic allies and share strategic interests. Further, as ZOA exposed in our hypocrisy alert, Omar is financially backed by virulent Hamas-supporting anti-Israel BDS groups and individuals.

Berger also supports antisemitic Congresswoman Rashida Tlaib, who wrapped herself in the Palestinian flag to celebrate her election victory, openly supports BDS and Israel’s destruction, replaced Israel with “Palestine” on her Congressional map, accused pro-Israel Americans of “dual loyalty,” and associates with leading antisemites and terrorists.

On May 8, 2019, Berger tweeted: “As a Jew, I’m ashamed of @RepJoshG. We need Jewish leaders to fight for the freedom and dignity of all – not use their power to tear down progressive women of color like @RashidaTlaib. A new generation of leaders like @IfNotNowOrg is rising. Stand with us or get out the way.”

Similarly, in May 2019, Berger tweeted that we should have Imam Omar Suleiman’s back, and complained that “[t]he right wing is going after @omarsuleiman504.” Imam Suleiman is virulently anti-Israel, antisemitic, anti-Christian, anti-gay, and anti-women: Suleiman has stated: “The Zionists are the enemies of God, His Messengers, sincere followers of all religions, and humanity as a whole”; calls Jews “apes and pigs,” “deceitful” and “people who incurred God’s wrath”; calls Christians “misguided”; and threatened “promiscuous” Muslim women that their fathers will kill them (in so-called honor killings). In 2014, Imam Omar Suleiman tweeted a call for a “Third Intifada” to destroy Israel.

Thus, by placing Max Berger in a major position in her campaign, Senator Warren is making a clear statement of her own Israelophobic hatred toward America’s greatest ally Israel, by associating herself with someone who supports the worst Jew-haters’ antisemitic, anti-Christian, anti-women bile.

Canary Mission collected screenshots of Max Berger’s long string of hateful Internet postings, which also demonstrate Berger’s unfitness to serve on any decent campaign. Berger has tweeted support for Hamas; tweeted support for Hamas’ operatives, armed with machetes and maps to Israeli kindergartens, who attempted to breach Israel’s border with the stated plan to eat the livers of Jews (Berger falsely claimed these were merely peaceful protestors); falsely accused Israel of perpetrating a “massacre” and “pogrom” in Gaza; and demonized Israel, Likud, and pro-Israel Jews. Among other things, Berger tweeted:

“It’s disappointing that potential Dem Presidential contenders @CoryBooker, @SenGillibrand, @KamalaHarris, @JoeBiden have yet to condemn Israel’s massacre in Gaza. Like #MedicareForAll, @SenSanders and the movements will push the Democratic Party to take the right stance by 2020.” (May 15, 2018)“Party Leader Sanders shows Democrats how to talk about the grotesque Israeli violence against peaceful protestors in Gaza. Now, let’s hear @SenSchumer do the same.” (May 14, 2018)

“@IsraeliPM If Hamas is ISIS, what is Jewish Home? Or Likud? Your coalition seems more analogous to Hamas than ISIS.” (Aug. 21, 2014)“What Israel is doing in Gaza should be familiar to Jews. It’s called a pogrom. You’d think Jews would be against those. #Shanda #NotInMyName.” (July 18, 2014)

“Sometimes I feel the biggest obstacle to peace in Israel-Palestine is the bigotry of American Jews.” (June 17, 2014)

We also urge Senator Warren to reevaluate her recent troubling positions on Israel – including her adoption yesterday of “IfNotNow’s” anti-Israel antisemitic “end the occupation” mantra.

In New Hampshire yesterday, two “IfNotNow” representatives told Senator Warren: “We’d really love it if you also pushed the Israeli government to end occupation.” Warren responded: “Yes, yes. So I’m there,” – and then posed for pictures with the “IfNotNow” representatives. (See “Warren: I Would Push Israel to End Occupation of Palestinians: Senator tells activists ‘I’m there’,” Washington Free Beacon, July 8, 2019, with video.)

ZOA reminds Senator Warren that calling to “end the occupation”: (i) endorses the discriminatory, antisemitic removal of hundreds of thousands of Jews from their homes in the Jewish homeland, including from the Jewish quarter and Old City where the Jewish people’s holiest sites are located; (ii) often refers to Israel’s extinction; and (iii) violates ratified, signed U.S. treaty obligations and international law guaranteeing the Jewish people’s right to closely settle and reconstitute the Jewish homeland in the entirety of Israel, including Jerusalem and Judea/Samaria.

In May 2018, Warren signed a joint letter with Sen. Sanders and a few others demanding that U.S. taxpayers restore funding to UNRWA. UNRWA is the bloated, corrupt UN agency that stores Hamas rockets in its schools, teaches children to hate Israel, and perpetuates Palestinian Arabs as “refugees” generation after generation, instead of ending the endless Palestinian Arab refugee charade and resettling “Palestinian” Arabs in their host countries and countries of origin in other parts of the Middle East, where they lived for far longer than they ever lived in Israel.

Warren’s letter also demanded easing movement in and out of Gaza – which would enable Hamas to import more weapons. The letter also wrongly partially blamed Israel for a “Gazan humanitarian crisis.”  The crisis is solely due to terrorist groups Hamas and Palestinian Islamic Jihad, and their diversion, for warmongering, of the massive humanitarian aid received from Israel and others.

In April 2018, Warren demanded that “the Israel Defense Forces should exercise restraint and respect the rights of Palestinians to peacefully protest.” Warren’s statements ignored the facts that the IDF already exercises the utmost restraint; that, as British forces commander Colonel Richard Kemp explained, the IDF is the world’s most moral army; and that the Hamas-instigated violent riots and Hamas attempts to breach the Gazan-Israel border were not “peaceful protests.”

In 2015, Sen. Warren (and Sen. Bernie Sanders and then-Congressman Beto O’Rourke) refused to attend Israeli Prime Minister Netanyahu’s important speech to a joint session of Congress about the dangers of the Iran deal. And Warren then supported the catastrophic Iran deal.

In September 2014, Warren failed to sign a letter signed by 88 Senators asking then-Secretary of State John Kerry to prevent Hamas from rebuilding its military capabilities.

Notably, the above stances were an about-face from Warren’s prior positions. For instance, in August 2014, Warren strongly defended Israel’s right to defend herself. During the same year, she also co-sponsored the U.S.-Israel Strategic Partnership Act.

When she was a professor, Senator Warren castigated those who changed their positions, to embrace stances that they know are wrong for the sake of political expediency.

In 2004, in a televised interview and also in her book “The Two-Income Trap,” then-Professor Elizabeth Warren denounced Senator Hillary Clinton for voting for a “vampire” bankruptcy bill that previously, as First Lady, Clinton persuaded her husband to veto, on principle. Warren blamed Clinton’s “about-face” on Senator Clinton receiving contributions from the credit industry, and “pressures” and “worries about them as a constituency.”

We urge Senator Warren to return to her prior principled support for Israel and the pro-Israel community, starting by firing Israelophobe Max Berger.

We would love to hear from you! Please fill out this form and we will get in touch with you shortly.
Trending Z
News July 9, 2019
ZOA Deplores that Pres. Trump Dined with Jew-Haters Kanye West & Nick Fuentes, and Demands he Condemn Them
Uncategorized July 9, 2019
ZOA Honors Trump With Rarely Given Herzl Award for His Great Pro-Israel Work – Joins Ranks of Balfour, Truman, Begin, Meir, Ben-Gurion
News July 9, 2019
ZOA Responds to Questions About Pres. Trump, Kanye West, Fuentes, etc. Issue
Uncategorized July 9, 2019
Zionist Organization of America Honors Donald Trump for Support for Israel, Jewish Community
Center for Law & Justice
We work to educate the American public and Congress about legal issues in order to advance the interests of Israel and the Jewish people.
We assist American victims of terrorism in vindicating their rights under the law, and seek to hold terrorists and sponsors of terrorism accountable for their actions.
We fight anti-Semitism and anti-Israel bias in the media and on college campuses.
We strive to enforce existing law and also to create new law in order to safeguard the rights of the Jewish people in the United States and Israel.
Our Mission
ZOA STATEMENT
The ZOA speaks out for Israel – in reports, newsletters, and other publications. In speeches in synagogues, churches, and community events, in high schools and colleges from coast to coast. In e-mail action alerts. In op-eds and letters to the editor. In radio and television appearances by ZOA leaders. Always on the front lines of pro-Israel activism, ZOA has made its mark.
Related Articles
OP-ED ZOA: Why Are We Funding a PA Terror Regime Which Is Also A Police State?