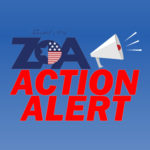 The Zionist Organization of America (ZOA) urges the community to voice their objections to the Highland Park Public Library hosting a book reading by the author of a children’s alphabet book called P is for Palestine.  The Library’s Board of Trustees cancelled a previously-scheduled reading of this book because so many members of the community […]

On a May 13 episode of Fox News’s “The Five,” political analyst Juan Williams claimed that Zionists couldn’t be trusted to objectively criticize Rep. Rashida Tlaib (D-Mich.) regarding her recent comments about the Holocaust. In the segment, responding to comments by Lisa Boothe about the Zionist Organization of America’s previous criticism of Tlaib, Williams stated, “You […] 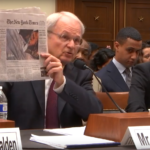 Zionist Organization of America (ZOA) President Morton A. Klein and Chairman Mark Levenson, Esq. released the following statement: The ZOA is concerned about the lack of any mention of Islamic antisemitism, Islamic terrorism, and Islamic-terror-affiliated BDS (boycotts, divestment and sanctions) in ADL’s recent email promoting ADL’s 2019 antisemitism summit. Instead, ADL’s email states that its […] 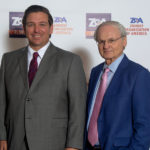 The Zionist Organization of America (ZOA) is pleased to announce that ZOA National President Morton Klein will be part of a select group accompanying Florida Governor Ron DeSantis on a Business and Education Development Mission to Israel later this week. They will be meeting with the major political, business and education leaders in Israel. Other […] 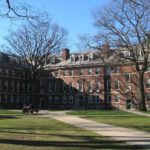 The Zionist Organization of America (ZOA) commended Williams College President Maud Mandel and her administration today for overruling the student government and granting registered student organization (RSO) status to the Williams Initiative for Israel (WIFI).  WIFI – a student club whose mission is to “support Israel and the pro-Israel campus community” – had applied for […] 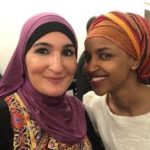 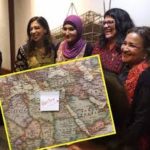 Rep. Tlaib’s Despicable Holocaust Comments and Other Actions Show Tlaib Must Be Thrown Out of Congress 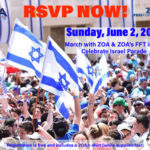 The Zionist Organization of America (ZOA) marks Israel’s 71st anniversary of modern statehood, celebrating the miracle of a nation reborn after losing national independence in antiquity, and having risen, amidst seven decades of unrelenting hostility, war and siege, into thriving nationhood, a beacon of pride to the Jewish people, an in-gatherer of the exiles and […]