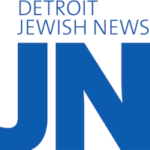 OP-ED BY: Susan B. Tuchman, Esq. and Morton A. Klein ZOA Op-Ed: A Troubling Silence about Anti-Semitism at the University of Michigan

For many Jewish students at the University of Michigan, their celebration of the Jewish New Year was unjustly marred by feelings of pain and ostracism.  On Rosh Hashanah, a campus group called “Students Allied for Freedom and Equality” (SAFE) erected a so-called “apartheid” wall and mock Israeli checkpoints on the Diag, in the center of […]

Last month, The City University of New York (CUNY) released a report by two CUNY-hired lawyers to investigate allegations of campus anti-Semitism. The investigation was triggered by a 14-page letter from the Zionist Organization of America (ZOA) to CUNY’s leadership, describing the anti-Semitic harassment and intimidation that students were enduring on four CUNY campuses, perpetrated […] 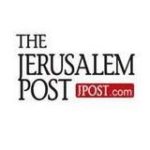 By Morton A. Klein and Dr. Daniel Mandel Last month the Obama administration took issue with Prime Minister Benjamin Netanyahu’s criticism of the Palestinian Authority’s policy of establishing a Jew-free Palestinian state. Mr. Netanyahu had said in a video that “the Palestinian leadership actually demands a Palestinian state with one precondition: No Jews. There’s a […]

Last week, the chancellor of The City University of New York released a report by CUNY-hired outside counsel investigating allegations of campus anti-Semitism. The investigation was triggered by a 14-page letter from the Zionist Organization of America to CUNY’s leadership, which noted, among other incidents, how during a rally last November held by Students for […] 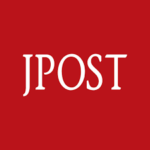 OP-ED BY: ISI LEIBLER CANDIDLY SPEAKING: Has the ADL Lost the Plot? – The Jerusalem Post

I rubbed my eyes with incredulity when I read the bizarre statements emanating from Jonathan Greenblatt, the CEO of the Anti-Defamation League (ADL), one of the most powerful American Jewish organizations whose principal mandate is to combat anti-Semitism. A few months ago I was drawn into a heated dispute with Greenblatt after criticizing an address […]

It’s wrong for the Anti-Defamation League to have failed to condemn as blatant anti-Semitism Rep. Hank Johnson’s “termites” label for Jews living in Judea and Samaria. It’s also wrong for the ADL to have accepted Johnson’s phony apology tweet. Johnson, a Georgia Democrat, merely tweeted, “Poor choice of words — apologies for offense. Point is […]

It is appalling that the American Israel Public Affairs Committee (AIPAC) organized and conducted a panel discussion event for visiting rabbis in Jerusalem last month that gave a platform to the vicious anti-Israel propaganda group “Breaking the Silence” (“BtS”). Breaking the Silence is notorious for inventing and publishing throughout the world (and providing to the […] 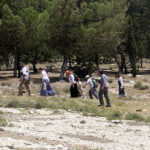 Both personally, and on behalf of the Zionist Organization of America (ZOA), I wish to join many others throughout the world in mourning the passing of Elie Wiesel last week.   I must also add that, as someone who knew and often spoke with Elie Wiesel, I am certain that he would also have wanted us […]

Dr. Michael Koplow in his commentary in the Jewish News (“Nothing is Black and White,” June 30, page 5) compares the actions of the Orlando terrorist Omar Mateen to those of Baruch Goldstein, who killed 29 Muslim worshipers in a Hebron mosque in 1994. To Dr. Koplow there is a moral equivalency as religion was […]