One&nbsp;day after the Ha’aretz clarification, Gideon Levy himself also published an apology for his column claiming that most Israelis support an apartheid regime.&nbsp;The partial apology&nbsp;indicates that Levy has&nbsp;no understanding of what he did wrong to elicit such a forceful backlash.

Edmund Sanders article today in the&nbsp;Los Angeles Times about a purported increase in attempts by Jewish worshipers to pray on the Temple Mount unnecessarily exacerbates tensions by publishing false Palestinian accusations as fact.

Days after a false headline alleging that the majority of Jews support apartheid in Israel, Ha’aretz buries a clarification on page 5. This is the second time within two months that Ha’aretz corrected an erroneous page-one headline. Will editors conduct an internal inquiry?

ReVista de Medio Oriente staff have elicited a correction from El País on an article published in the Spanish daily describing Gilad Shalit as an &#147;Israeli soldier involved in the Gaza Massacre.&#148;

The Straight Facts About the Palestinian Authority and Fighting Terrorism

A popular narrative in the media contends that the Palestinian Authority has been exemplary in its cooperation with Israel, while Israel and Jewish settlers are responsible for the stalled peace process.

Do most Israelis support an apartheid regime in the country and do they advocate discrimination against Arabs? An article by Gideon Levy in Ha’aretz highlighted with sensational but distorted headlines twists facts to promote the apartheid canard against Israel.

Akiva Eldar responds to the Presspectiva/CAMERA expos&eacute; concerning his false report that the Israeli government has acknowledged that Jews are the minority&nbsp;between the river and the sea. He partially acknowledges the falsehood, and also introduces a new distorted figure.

Time Magazine’s Karl Vick doesn’t bother to tell readers that Abbas chose not to negotiate with Israel, and describes 800 rockets targeting Israel in 10 months as attacks that happen “from time to time.”

Claims in Doubt: The Islamic Society of North America

CAMERA’s Special Report about the Islamic Society of North America suggests news outlets should look behind the society’s self-portrait as the &#147;largest mainstream Muslim community-based organization&#148; in the United States. 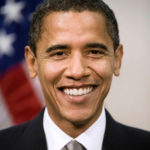 The Zionist Organization of America (ZOA) has called upon President Barack Obama to cease U.S. support for supplying weaponry to the Muslim Brotherhood and other Islamist rebels in Syria, which has been reported to be occurring in recent weeks. As the ZOA has pointed out repeatedly, the Muslim Brotherhood is an Islamist movement that […]